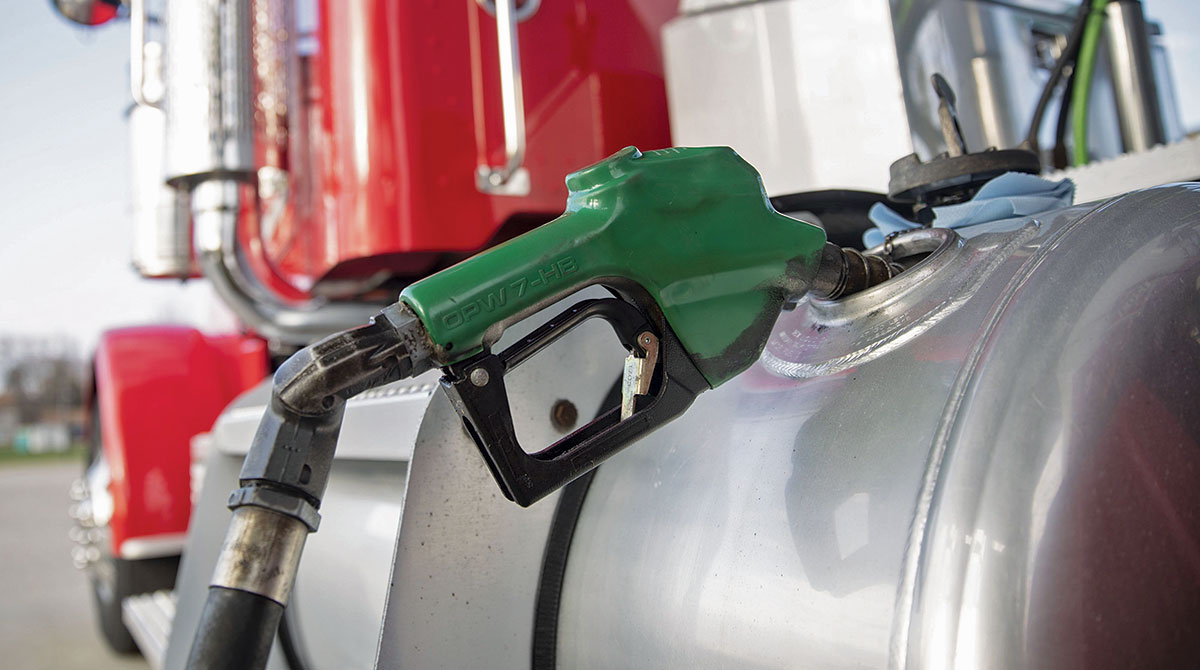 The price of diesel fuel has risen nearly 20 cents a gallon over the past two weeks, according to data from the Energy Information Administration (Daniel Acker/Bloomberg News)

The national average price of diesel continued to skyrocket, surging 9.9 cents to $3.072 a gallon, according to data released by the Energy Information Administration on March 1.

The spike marked the second consecutive increase above 9 cents after a 9.7-cent rise last week.

Also, Diesel topped $3 a gallon for the first time since Jan. 27, 2020, in what was the 17th consecutive price gain for trucking’s main fuel.

Gasoline also jumped, but to a lesser extent than diesel. It rose 7.8 cents a gallon for a national average of $2.711.

Prices for diesel were higher in every region of the country except New England compared with a year earlier, as measured by EIA.

“I think it is going to be a tough time. Let’s face it, the Biden administration wants carbon prices higher. You have an unsympathetic ear in the White House when it comes to diesel, especially diesel,” Phil Flynn, senior market analyst for The Price Futures Group, told Transport Topics.

In tracking the four-week trend for products supplied, a marker for customer demand, EIA on March 3 reported over the previous four weeks, distillate fuel — primarily ultra-low-sulfur diesel — — averaged 4.2 million barrels, up 6.4% from the year-ago period. Distillate fuel is used in transportation and to a lesser degree as heating oil.

Meanwhile, the practice of sustainability, after first taking root among shippers, is something carriers are starting to embrace. Early adopter fleets, such as Schneider, are putting the longer-range focus on alternative powertrains even as they order cleaner Class 8s powered by diesel to reduce the average of the their fleet. 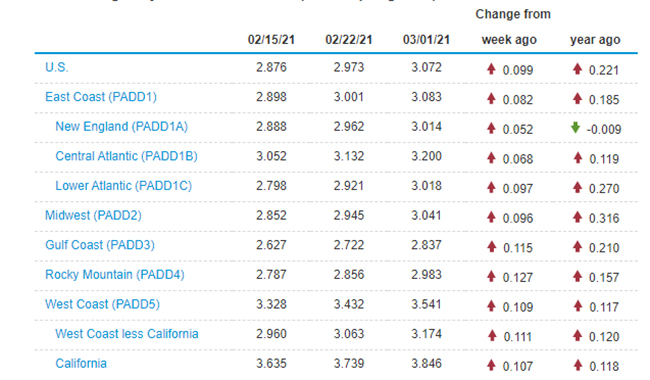 “We are committed to operating one of the most fuel-efficient and sustainably minded fleets on the road,” Schneider CEO Mark Rourke said. “It is our responsibility.”

The truckload, intermodal and logistics company operates about 9,000 heavy-duty tractors. Its latest plans call for reducing the average age of its fleet to 24 months from 30 months — bringing into the fleet the driver amenities, safety features and increased fuel efficiency found in new trucks.

“Sustainability has been and will continue to be embedded into everything we do,” said Mark Rourke, president and CEO.

“We are committed to operating one of the most fuel-efficient and sustainably-minded fleets on the road. It is our responsibility.” https://t.co/QszE0X5foy — Schneider (@WeAreSchneider) March 3, 2021

“At Schneider, we’re constantly addressing ways to not only meet, but go beyond industry standards and expectations because the demand for sustainable transportation solutions grows daily,” Rourke said.

Schneider has committed to the future of fleet electrification, making necessary short- and long-term investments such as testing electrified powertrains, developing strategic zero-emission vehicle adoption plans and building relationships with key stakeholders and industry partners. The company has been piloting the use of an electric eCascadia truck by Freightliner in California for local and regional delivery and pick-up.

Freightliner is a brand of Daimler Trucks North America.

Meanwhile, EIA said the severe winter storm that swept deep into the country in late February acted as a brake on the refining of fuels. Refineries operated at 68.6% of capacity for the week ending Feb. 26. Distillate fuel production decreased, averaging 3.6 million barrels per day. Gasoline production decreased, too, averaging 7.7 million barrels per day.

The Organization of Petroleum Exporting Countries and its allies have been constricting oil supplies since the pandemic crushed demand almost a year ago, Bloomberg News reported. To disperse the lingering stockpile surplus, the Saudis pledged extra reductions during February and March. Their efforts have paid off, reviving oil prices back to pre-crisis levels above $60 a barrel in London.

Flynn said the most recent indications point to the Saudis rolling over their current 1 million-barrel voluntary cut into April. “They are feeling their power, will make up for lost revenue in the past and keep the prices higher.”