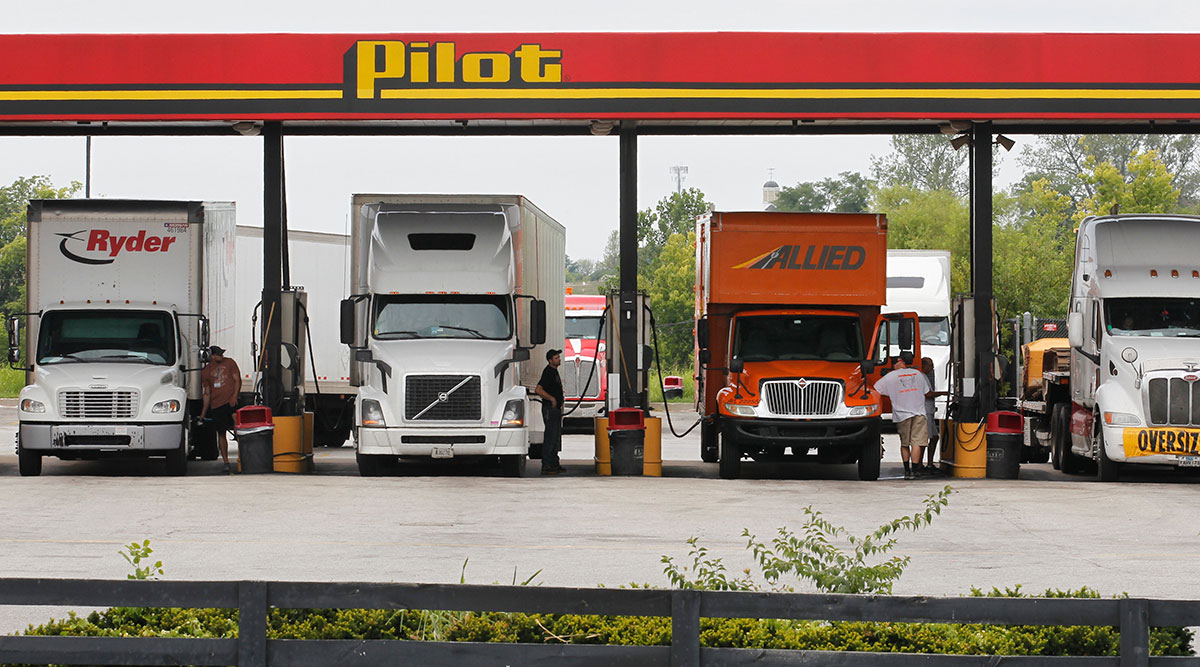 The U.S. average retail price of diesel fuel rose 2.9 cents to $3.133 a gallon for the week ended April 20, the fifth straight week trucking’s main fuel has increased in price, according to the weekly report from the U.S. Department of Energy’s Energy Information Administration. Diesel now costs 53.8 cents per gallon more than it did one year ago.

Since April 9, the average price of diesel has increased by 9.1 cents per gallon. Diesel fuel prices were higher in every region of the country.

One of the reasons why diesel prices have spiked is because the United States is exporting a record amount of diesel to Latin American nations.

“There is very strong demand in emerging economies for gasoline and in particular diesel. Diesel is the hot product internationally and we are seeing the highest prices in about 3½ years,” Tom Kloza, Global Head of Energy Analysis at the Oil Price Information Service, told Transport Topics. “Last week we exported a record amount of diesel and it was something on the order of 15 or 16 million barrels. It’s that the United States is the supplier by default of Central and South America.”

Kloza also pointed to serious problems in Venezuela, where the country’s refineries are running at 31% of capacity, plagued by cash shortages impacting maintenance and purchasing of replacement parts, and chronic staff shortages.

The price of regular unleaded gasoline also is up slightly more than a nickel in the past week, from $2.747 to $2.798.

Like diesel, the national average for unleaded regular climbed in all regions of the country. According to EIA, prices are increasing because of the rising price of crude oil and record consumer demand at 9.857 million barrels daily.

Automobile group AAA said this is the highest level on record for April, and it exceeds the typical summer demand numbers.

“Pump prices are causing sticker shock across the country,” AAA spokeswoman Jeanette Casselano said. “Gas is selling at $2.26 or more at every gas station in America. More so, 13% of stations have pump prices set at $3 or more.”

Inventories of distillate fuel — primarily ultra-low sulfur diesel used in transportation and to a lesser degree as heating oil — decreased by 2.6 million barrels last week and are in the lower half of the average range for this time of year, according to EIA.

In addition, the weekly U.S. oil rig count was 820 during the week of April 20, five more than the week before and 132 more than a year earlier, oil field services company Baker Hughes Inc. reported.