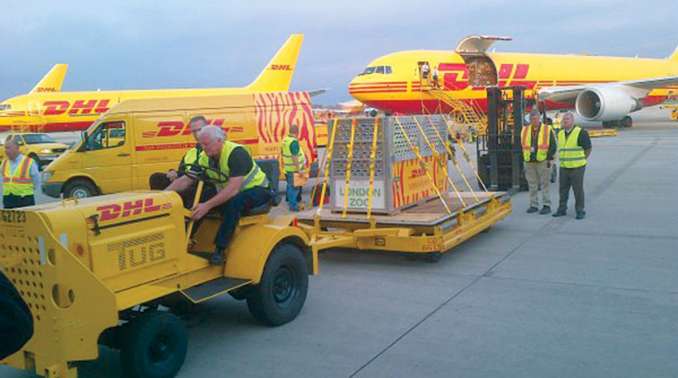 Airport officials contend DHL has defaulted on the lease because the company no longer is conducting air cargo express operations at the site in San Antonio, Texas.

DHL this week sued the city of San Antonio seeking a court injunction that would allow the company to continue operating at the airport without interference.

The threat of a lockout would cause a “substantial disruption” to DHL’s international chain of distribution — resulting in the delayed delivery of medicines, machinery, documents, laboratory samples and time- and temperature-sensitive shipments to customers, the company says in its lawsuit.

“Any closing of a single DHL location like SAT (San Antonio International Airport), even for a day, will result in lost profits that are difficult, if not impossible, to calculate,” DHL adds.

The dispute erupted almost a year and a half ago, though the parties had reached an agreement that prevented any lockout without adequate notice, DHL says in its complaint. It adds it was trying to resolve the alleged defaults when it filed suit.

In an August 2020 letter, Airport Director Jesus Saenz Jr. informed the company it was in default on its lease because it was not operating any flights at the airport.

The Federal Aviation Administration requires that DHL’s leased premises only be used for “aeronautical activities,” Saenz said in the letter, a copy of which is attached to the lawsuit.

A DHL manager responded that it was not in breach of the intended use and asked Saenz to rescind the default notice.

Saenz refused in an October 2020 letter.

“Because DHL is not operating flights at SAT, and instead is merely receiving, sorting and distributing cargo that is being delivered by ground transport, it is no longer ‘conducting air cargo express operations’ at this location,” Saenz said.

The airport has to conduct “aeronautical activities” because it receives federal funding under the Federal Aviation Administration’s Airport Improvement Program, he added. The program provides grants to public agencies for the planning and development of airports.

Saenz then advised DHL it had five days to surrender the premises.

“While DHL Express may not currently have any flights in or out of San Antonio airport, its activities in loading and unloading actual aircraft containers brought to the facility as part of its air express operations, as well as picking up, sorting, scanning and delivery of shipments at the leased premises are all integral parts of its operation as an air express transportation company,” the lawyer said. He added the activities satisfy the FAA’s definition of aeronautical activities.

Loading, unloading and sorting of cargo are among the activities allowed under DHL’s lease, it says in the lawsuit.

“Notably, there is no allegation that DHL Express is conducting any prohibited activity or none of the activities” specified in the lease, it adds.

Saenz said in his October 2020 letter the airport was prepared to offer DHL an alternate site outside the airfield operations area for the company to conduct its operations. Any relocation would require “significant investment” to reconfigure its cargo-handling equipment, DHL says in its suit.