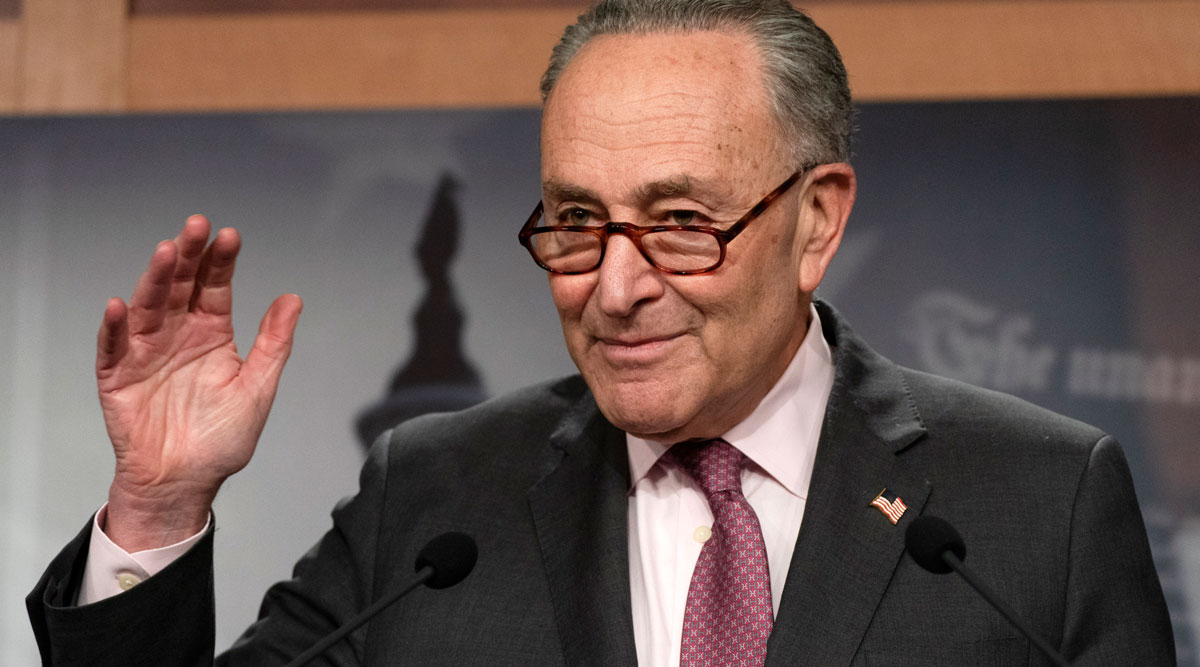 WASHINGTON — Democrats agreed March 5 to pare back emergency jobless benefits but extend them for an extra month, bidding to solidify support as the Senate approached a voting marathon on a $1.9 trillion COVID-19 relief bill.

The deal came as the chamber worked toward approving a final version of the massive package, probably over the weekend, of President Joe Biden’s top legislative priority. That would give the House time to approve the legislation and whisk it to Biden for his signature.

First, the Senate was preparing to vote on a mountain of amendments, mostly by GOP opponents. Virtually all are destined to fail but are designed to force Democrats to take politically awkward votes.

Among them, though, was a Democratic plan that was expected to pass that would trim the House bill’s $400 weekly emergency unemployment benefits.

Under the compromise, those payments — payable on top of regular state benefits — would be reduced to $300, but run an extra month through September. Taxes also would be reduced on unemployment benefits. A Senate Democratic aide provided details of the deal on condition of anonymity to describe private talks.

Biden and Senate leaders had agreed March 3 to retain the House bill’s higher $400 version. The reduction to $300 seemed to reflect a need to secure support for the overall bill, particularly from moderate Democrats.

Republicans are attacking the bill as a liberal spendfest that ignores that growing numbers of vaccinations and signs of a stirring economy suggest that the twin crises are easing. 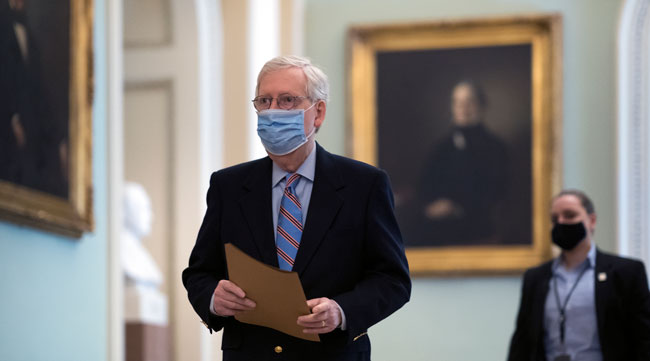 Democrats reject that, citing the 10 million jobs the economy has lost during the pandemic and numerous people still struggling to buy food and pay rent.

“If you just look at a big number you say, ‘Oh, everything’s getting a little better,’” said Senate Majority Leader Chuck Schumer (D-N.Y.). “It’s not for the lower half of America. It’s not.”

RELATED: US Adds a Strong 379,000 Jobs in Hopeful Sign for Economy

In an encouraging sign for Biden, a poll by The Associated Press-NORC Center for Public Affairs Research found that 70% of Americans support his handling of the pandemic, including a noteworthy 44% of Republicans.

Moments after the Senate took up the legislation March 4, Sen. Ron Johnson (R-Wis.) forced the chamber’s clerks to read aloud the entire 628-page measure. The exhausting task took the staffers 10 hours and 44 minutes and ended shortly after 2 a.m. EST, with Johnson alternately sitting at his desk and pacing around the mostly empty chamber.

Democratic leaders made more than a dozen late additions to their package on March 4. That reflected their need to cement unanimous support from all their senators — plus Vice President Kamala Harris’ tie-breaking vote — to succeed in the precariously divided 50-50 chamber. 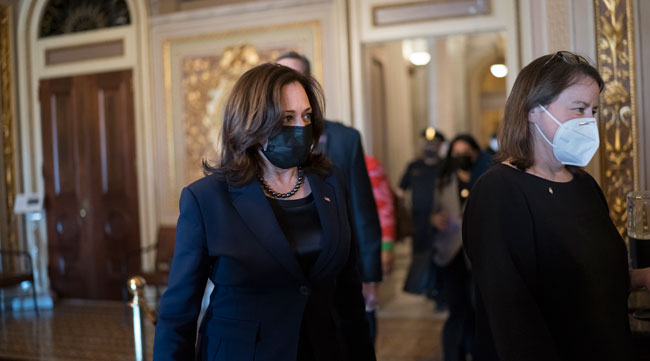 Vice President Kamala Harris arrives at the Capitol to break the Senate tie on a procedural vote on March 4. (J. Scott Applewhite/Associated Press)

The Senate’s 51-50 vote to start debating the package, with Harris pushing Democrats over the top, underscored how they were navigating the package through Congress with virtually no margin for error. In the House their majority is a scrawny 10 votes.

The bill, aimed at battling the killer virus and nursing the staggered economy back to health, will provide direct payments of up to $1,400 to most Americans. There’s also money for COVID-19 vaccines and testing, aid to state and local governments, help for schools and the airline industry, tax breaks for lower-earners and families with children, and subsidies for health insurance.

Moderates won funds for rural health care, language assuring minimum amounts of money for smaller states and a prohibition on states receiving aid using the windfalls to cut taxes. And for everyone, there was money for infrastructure, cultural venues, start-up companies and afterschool programs.

The late changes left House Speaker Nancy Pelosi (D-Calif.) the task of keeping her chamber’s numerous progressives on board. Liberals already suffered a blow when their No. 1 priority — a federal minimum wage increase to $15 hourly that was included in the House package — was booted from the bill in the Senate for violating the chamber’s rules and for lack of moderates’ support.

In another bargain that satisfied moderates, Biden and Senate Democrats agreed March 3 to tighten eligibility for the direct checks to individuals. The new provision completely phases out the $1,400 payments for individuals earning at least $80,000 and couples making $160,000, well lower than the original ceilings.

Congress wants to send the bill to Biden before March 14, when a previous round of emergency benefits for people tossed out of work by the pandemic expires.