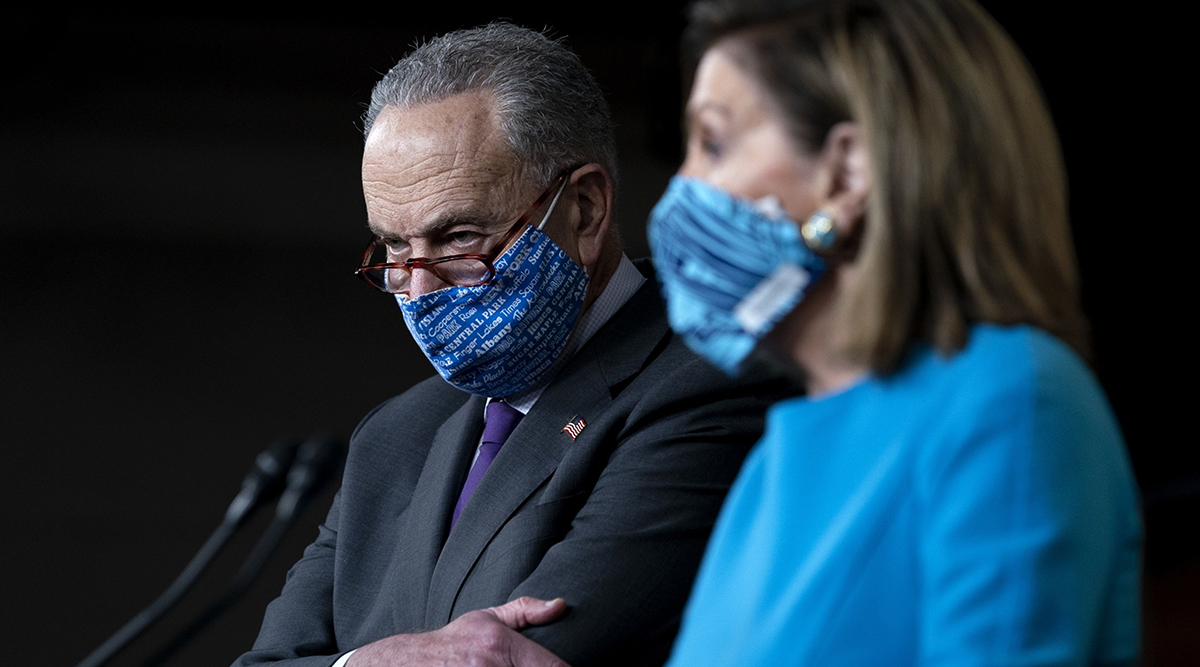 The meeting comes as Democrats turn their focus to inflation, the top concern of many voters ahead of the midterm elections that could push Democrats out of power in the House and Senate.

Leaders are hoping to pass legislation dealing with gas prices before the end of May but would need Republican cooperation in the Senate to do so. The GOP is pushing for expanded fossil fuel production domestically, something progressive Democrats may be unable to support.

Schumer this week has been talking about moving a bill that would beef up the Federal Trade Commission‘s ability to stop gas price manipulation.

“There is something deeply wrong, deeply wrong, about seeing the largest oil and gas companies in the world drench top executives and wealthy shareholders with cash while Americans are struggling at the pump,” Schumer said April 25 on the Senate floor.

“Democrats are also discussing — and will consider — other potential action to beef up the FTC’s ability to crack down on price gouging in industries, including the oil industry. We will have more to say on this as the week progresses,” he said.

House Democratic Caucus Chairman Hakeem Jeffries told reporters that the House hopes to vote on a gasoline price bill in the coming weeks. A gas tax holiday is on the table as well as other elements to address supply chain issues, he said.

A House panel earlier this month held a hearing to excoriate executives of six oil companies including Exxon Mobil Corp. and BP America Inc., accusing them of exploiting the war in Ukraine and a surge in crude prices to reap windfall profits at the expense of American motorists.

— With assistance from Laura Litvan.