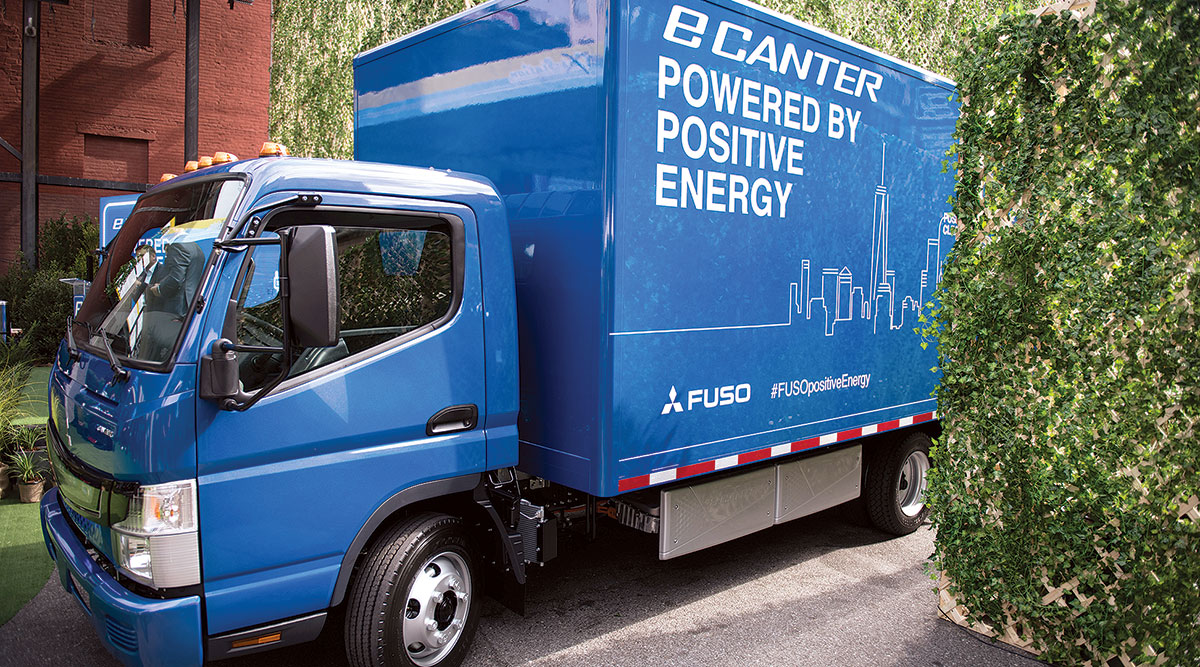 Daimler AG is stepping up plans to roll out electric-powered trucks as the world’s largest maker of commercial vehicles seeks to fend off newcomers like Tesla Inc. and Deutsche Post AG.

The German automaker has started initial production runs of the Fuso eCanter urban delivery truck and expects such models to vie with traditional diesel versions in the near future as battery costs plunge. Daimler is seeking to stay competitive as cities step up measures to improve air quality.

“In two years, it will be possible to produce an electric vehicle at the price of a diesel vehicle,” Jorge Rosa, head of Daimler’s Tramagal plant in Portugal, which produces the eCanter, said in an interview. “The main driver is the cost of batteries, which is dropping sharply.”

The maker of Mercedes, Freightliner and Fuso trucks last week unveiled a prototype of a battery-powered heavy-duty truck as Daimler expands its lineup with electric offerings. Tesla is planning to show off a concept truck on Nov. 16, while Deutsche Post has teamed up with Ford Motor Co. to boost production of its no-frills StreetScooter delivery vans. The German postal service developed the vehicle after it couldn’t find a suitable model for emission-free deliveries from Daimler and other traditional manufacturers.

To fight back, Daimler introduced the light-duty eCanter haulers in Manhattan last month, supplying a fleet to several New York City non-profits as well as signing United Parcel Service Inc. as its first commercial customer in the U.S. The truck, with a range of 60 to 80 miles between charges, is coming to market as customers demand products better-suited to rising delivery demand in cities.

After assembly trials, Daimler will start mass production of the eCanter at the Tramagal plant at the end of 2018 or start of 2019, Rosa said. While initial volumes will be modest, electric variants could account for 30% to 40% of the Fuso plant’s output in three or four years. The Tramagal factory will produce close to 10,000 units this year, up from 6,682 in 2016. About 90% of the plant’s output is exported.

“The speed at which electric mobility will introduce itself will be quite a lot faster than what was foreseen two or three years ago,” Rosa said. “There are many cities that have already announced dates from which they will stop carbon fuel vehicles” from entering downtown areas.

— With assistance by Elisabeth Behrmann

Tesla Breaks Own Sales Record, but Misses Estimate for 2022