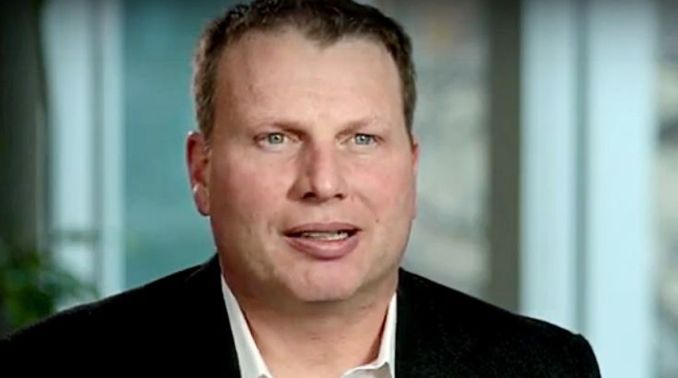 Visible CEO Jared Starling was selected as a 2019 Utah Business CEO of the Year. (Visible Supply Chain Management via YouTube)

Visible Supply Chain Management has received an unspecified equity investment in its business from The Cynosure Group, an investment firm controlled by the Eccles family in Salt Lake City, according to a statement released April 3.

The deal represents the first investment in the company from an outside investor. Terms were not disclosed, but Cynosure will have a representative on Visible’s board of directors, company officials said.

“Cynosure will be long-term partners to our business,” Visible President Casey Adams said. “Although their position is relatively small, their long-standing expertise in business … will help Visible achieve its goal of growing its supply chain business more quickly than could otherwise be achieved.”

“By providing collaborative, flexible and patient capital, we believe we can support Visible for the years ahead as they disrupt and improve the supply chain management industry while maintaining their status as one of the fastest-growing supply chain providers in the United States,” Taylor said.

Cynosure Group’s only other transportation-related investment is a minority stake in Anglo International Shipping, a company based in the United Kingdom that operates secondhand vessels in the dry-bulk shipping market.

The Cynosure name comes from the name of the sailing ship that brought David Eccles and his family to America from their home in Scotland in 1863.

Founded in 1992, Visible has grown rapidly in the past few years in response to the growth of e-commerce.

The company shipped more than 171 million packages for 25,000 customers in 2018, generating gross revenue of $357.3 million, compared with $285.7 million in 2017. As late as 2014, Visible operated a single warehouse and generated revenue of only $32.9 million. The company now has four warehouses and more than 1 million square feet of storage space.

In March, Visible’s Jared Starling was selected as a 2019 Utah Business CEO of the Year. He is one of 17 CEOs to be recognized by Utah Business magazine.