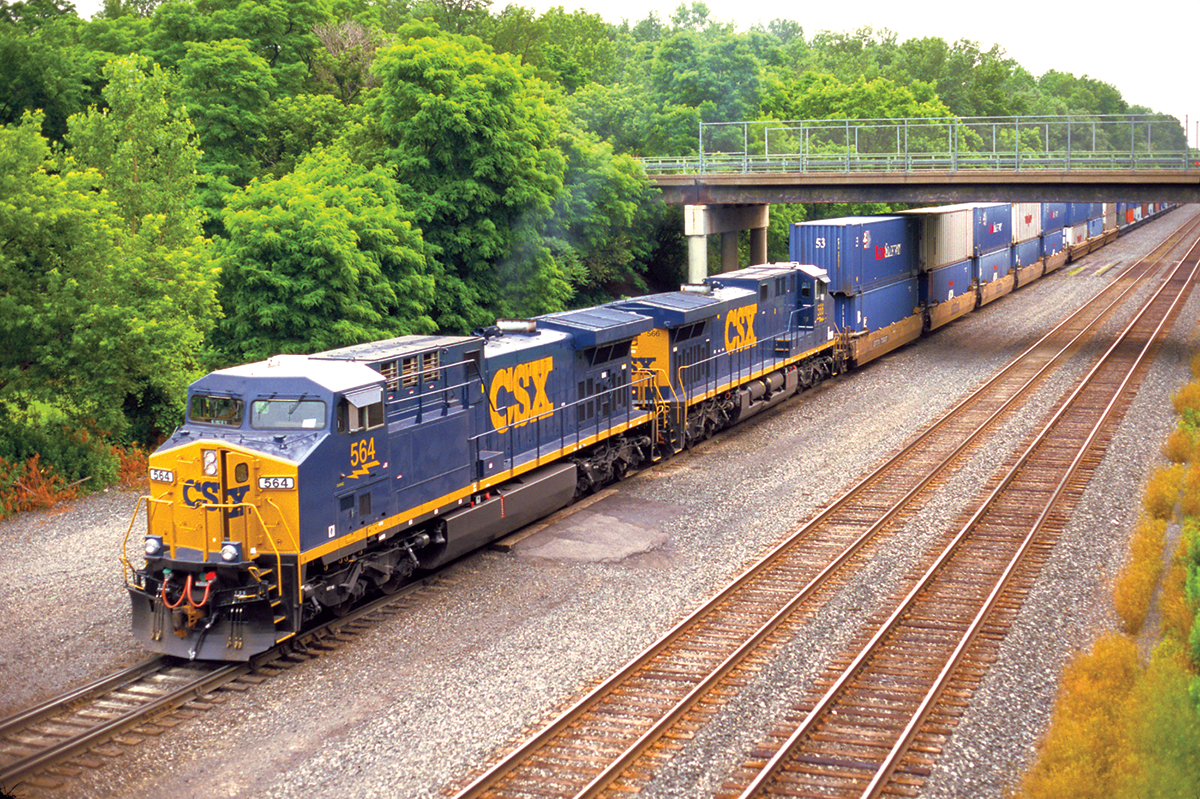 The freight railroad industry began the earnings season on a positive note. CSX Corp. scratched out a small win and Canadian Pacific Railway easily surpassed year-ago levels as the industry continues to rebound in 2017.

CSX’s profits were up 0.9% to $459 million, or 51 cents per share, matching the Bloomberg News consensus forecast.

Canadian Pacific Railway profits jumped 47% to C$510 million, or $3.50. A year ago, the railroad generated $347 million in profits, or $2.34. Revenue improved 2.5% year-over-year to $1.6 billion. A $105 million gain on foreign exchange rates on its long-term debt (a non-operating gain) bolstered the bottom line. Excluding the total, operating profits increased only 5% to $690 million.

• CSX’s third-quarter results came amid a turbulent period with shippers complaining to Congress and the Surface Transportation Board about extensive delays, freight being ‘ping-ponged’ to odd locations and poor communication out of the Jacksonville, Fla. headquarters.

Despite the vexing service levels and surveys indicating shippers shifting freight to trucks, the data didn’t bear out an adverse material effect on the bottom line.

In his remarks to investors and industry analysts, CEO Hunter Harrison echoed many of the words he used at the Surface Transportation Board hearing Oct. 11. He referenced two derailments that hurt service over the summer, including one in South Carolina that CSX believes was a case of sabotage in which a bulldozer was placed on the tracks.

Harrison also reiterated that layoffs and poor execution were factors in the service disruptions. Labor and fringe costs were down 6% in the quarter.

“I think that we went through obviously some slippage service-wise in the third quarter which we were not proud of,” he said. “This company is back to where it was. It’s back to where it was and it’s better and it’s climbing, and I see those issues, generally speaking, behind us, which I’m very proud of that. It reflects to some degree the resiliency of this organization, to go through what this organization has been through and to be able to come out of a eight-, nine-week little setback.”

CSX’s outlook for the fourth quarter calls for strength on export coal and intermodal, neutral conditions on agricultural and metals and a unfavorable outlook on automotives, chemicals, fertilizers, forest products and minerals.

“Overall, we believe investors were likely bracing for a larger miss given the impact of Hurricane Irma in addition to the well-publicized service disruption that CSX has encountered in the early innings of its transition to Precision Scheduled Railroading,” Wells Fargo analyst Matthew Troy wrote in a note to investors.

• For Canadian Pacific Railway, intermodal dragged down overall results with revenue down 1.7% year-over-year to C$341 million. Volume fell 1.6% to 253,000 carloads and revenue per carload was relatively unchanged year-over-year.

“We remain grounded in our foundations of precision railroading [from former CEO Hunter Harrison] and continue to pursue sustainable, profitable growth, which has us well-positioned to finish the year with strong momentum leading into 2018 and beyond,” CEO Keith Creel said.