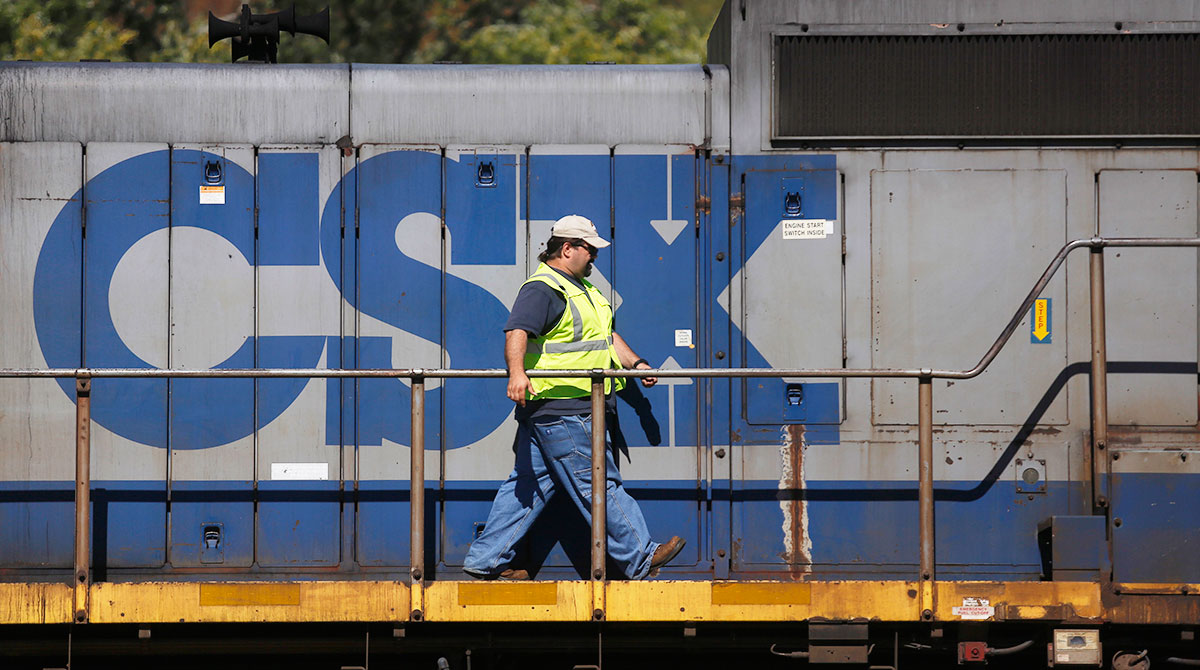 A CSX Corp. employee walks on a General Electric C40-8W locomotive while on a siding at Worthville, Ky. (Luke Sharrett/Associated Press)

The state Department of Transportation wants the federal government to require that CSX reach agreements with Amtrak allowing for multiple round trips to Springfield, with up to two daily round trips even further west to Albany, N.Y., according to a brief filed last week with the U.S. Surface Transportation Board, which has approval power over the Pan Am deal.

MassDOT also wants CSX to agree with Amtrak to run seasonal round-trip trains from Albany to Pittsfield, a potential service known as the Berkshire Flyer.

And MassDOT is seeking a guarantee that the north-south Knowledge Corridor tracks will be maintained. Pan Am maintains and operates freight trains on the state-owned tracks, which are also used by Valley Flyer trains connecting Springfield, Holyoke, Northampton and Greenfield, and Amtrak’s Vermonter.

Vermont Transportation Agency and Vermont Rail System have reached a settlement agreement with CSX, Norfolk Southern and Genesee & Wyoming that resolves their concerns about competition if CSX and Pan Am merge: https://t.co/RfFdJXjEqs

Other conditions the transportation department is seeking include guarantees for signaling, maintenance and coordination around the state’s rail network.

The Surface Transportation Board will host a remote-access hearing on the planned purchase — a deal first announced in November of 2020 — starting Jan. 13. A decision is expected before the middle of April.

Pan Am owns and operates a nearly 1,200-mile rail network and has a partial interest in the more than 600-mile Pan Am Southern system. Its holdings include the east-west line running alongside the Route 2 corridor across the northern tier of Massachusetts, which lawmakers are also eyeing for passenger rail.

Amtrak, in its most recent paperwork, said CSX has been unwilling to accommodate increased passenger service between Albany and Pittsfield. 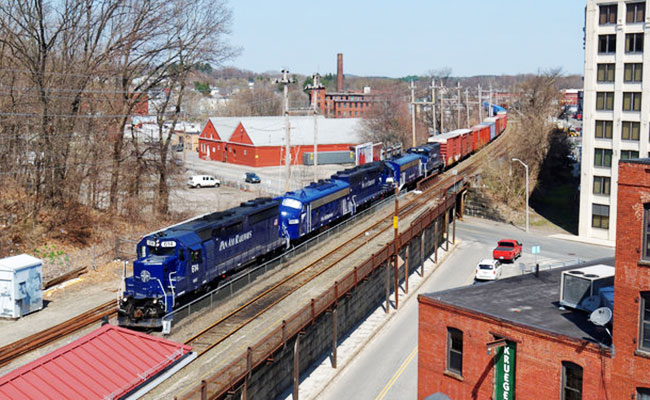 A Pan Am train passing through a town. (Pan Am Railways)

“The challenge we have is that the rail line is owned by a private corporation, and their emphasis is on freight rail,” said Ben Heckscher, co-founder of advocacy group Trains In The Valley.

Heckscher said with the federal approval needed for the deal, MassDOT and Amtrak have some leverage over CSX.

“Right now, CSX has a reason to cooperate,” he said. “This is sort of a unique time because of this transaction. You don’t get opportunities like this very often.”

“That’s a sea change from what we saw a year or two ago,” he said.

U.S. Rep. Richard E. Neal (D-Springfield) is opposed to CSX plans for Pan Am. In written testimony filed Jan. 6 with the Surface Transportation Board, Neal doesn’t mention passenger rail at all. 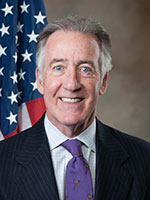 Neal frames his opposition in terms of a loss of competition with CSX extending its 23-state network into Maine, Vermont and New Hampshire, giving it the power to diminish competition among freight carriers in New England.

Neal also called CSX’s safety record into question, citing a 2021 investigation into the firing of a CSX employee who’d reported safety concerns on a job site. The fired employee was awarded $222,000 by the Occupational Safety and Health Administration .

OSHA concluded that CSX had violated the Federal Railroad Safety Act and stated that CSX has “demonstrated a pattern of retaliation” against workers who report safety concerns. Similar rulings were made against CSX in 2010, 2016, and 2020.

“Unfortunately, during my time in public office, I have found CSX to be unresponsive to countless personal requests for action on issues relative to rail operations in my district. This concern is one that is shared by local and state officials, and we all agree that CSX is hindering our regional growth,” Neal wrote. 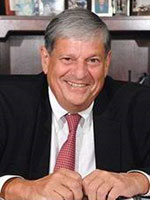 State Rep. John Barrett III (D-North Adams) plans to speak up at the hearings about passenger rail and other issues. He’s interested in restarting passenger service on the northern tier, which passes through his district in the Berkshires.

“Are they going to sit down with the state and make sure transportation is out here?” he said in an interview.

Besides passenger access, Barrett is concerned about maintenance and operations issues on the Pan Am line, many of which he dealt with over 26 years as mayor of North Adams, with little success. There are trains left idling, causing pollution and noise in neighborhoods. And he said the historic Hoosac Tunnel, which Pan Am owns, is collapsing and needs maintenance.

“I never really had a lot of great cooperation with them. They were a hindrance and more apt to say no,” he said. “This is the only real chance that we are going to have to say anything. Everything from investment in the tracks to making sure rates for local shippers don’t increase.”

Earlier in the process, a group of Massachusetts lawmakers filed objections to the sale, saying the deal would put 500 jobs working on the railroads in question. Barrett said jobs will be the first thing he asks about.

Cindy Schild, spokeswoman for CSX, said Berkshire and Eastern Railroad, a subsidiary of Genesee & Wyoming Inc., would take over operations in Western Massachusetts if the Surface Transportation Board approves the deal.

“Any employees not ultimately retained by B&E as a result of the transaction will have the benefit of New York Dock labor protection — the maximum level of protection under the Surface Transportation Board’s regulations. While we’re still a number of months away from B&E making final decisions in this regard, CSX will be giving careful staffing consideration to any employee who ends up not being employed by the B&E,” she wrote.

In one of its filings to the Surface Transportation Board, CSX said it it does not anticipate a reduction of the workforce of the Springfield Terminal providing service over the Pan Am system. B&E has indicated that there may be a reduction in some craft employees operating what’s now the Pan Am Southern.

CSX has touted its cooperation with expanded passenger service, citing support it has gotten from the Northern New England Passenger Rail Association.

Richard Sullivan, president and CEO of Western Massachusetts Economic Development Council, is among those planning to testify in favor of the deal. He cited a good local relationship with CSX and the smaller freight lines it feeds.

“Freight rail in Western Massachusetts is important for a lot of different reasons,” he said. “We believe that freight and passenger service can survive very well together.”