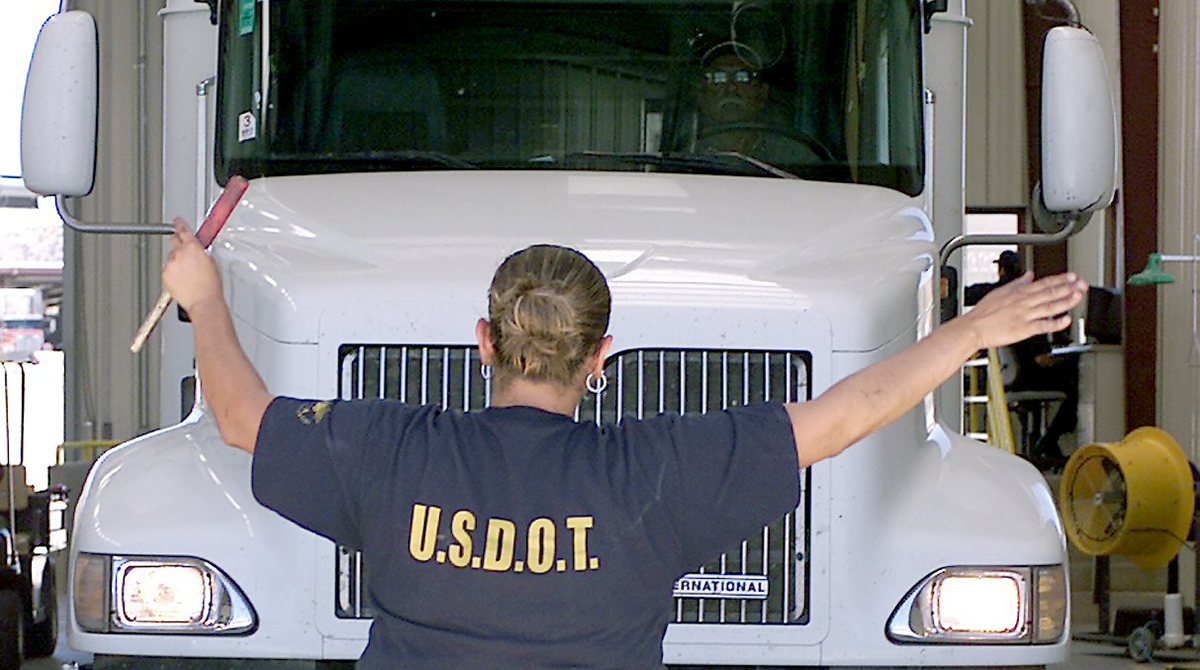 Arizona is the first state in the country to have inspectors travel across the border to train commercial truck drivers on how to cut crossing times at ports of entry while improving safety.

It is more important than ever for border states to work together, said John Halikowski, director for the Arizona Department of Transportation, during an opening ceremony of a two-day safety training course in Nogales, Sonora.

“Safety is our top priority, but we also want to make sure our economies grow together, we are here to facilitate your crossing, not to give you any problems,” he told the crowd of nearly 60 Mexican drivers and mechanics, along with representatives from the governor’s office in Sonora and Arizona, Ambos Nogales mayors and members of the private sector.

“It’s important that we remain strong together and work together,” he said, and later added that while the final outcome of the North American Free Trade Agreement negotiations is not known, states will continue doing business together. In 2015, $30 billion in both imports and exports moved through the state’s border ports, supporting 100,000 Arizona jobs.

RELATED: Highway from Mexico to Canada looks for traction

Topics of the 16-hour course include permits, weight limits, inspection procedures, breaks and securing loads. The program was piloted in San Luis earlier this summer after several years of having Mexican truck drivers and companies complain of excessive fines and inspections at Arizona ports of entry that didn’t only slow them down but were also costly.

At the end of the course, participants take a written and practical exam and are able to check on border wait times and communicate directly with inspectors to ask questions and share photos of their vehicles to find out whether something could delay them in the process before they drive to the port of entry.

RELATED: FMCSA has authority to issue permits for Mexican trucks to operate in US, court says

Mario Gonzalez has been driving for 19 years and crosses the border almost daily, he said. Almost everyone he knows has had issues with inspections at one point or another.

“I came to learn more about the rules that the U.S. has and the problems they see,” he said.

While metrics are still being collected and ADOT is giving itself one year to track the full impact of the training, including on decreasing crossing times, the number of infractions given and top level inspections conducted, those in the private sector say they already see a difference.

It’s not only improving relationships, said Guillermo Valencia with the Nogales Port Authority, but San Luis Rio Colorado had been losing business to Calexico due to the burden of the inspections and they are already seeing some returning to Arizona.

The Mariposa Port of Entry has the potential to cross up to 4,000 trucks daily, right now 1,800 or 1,900 go through, said Jaime Chamberlain, with the Arizona Mexico Commission, “we have a tremendous opportunity going forward.”

The goal is to make the program permanent and hopefully lead other states to adopt similar binational trainings, said Halikowski.