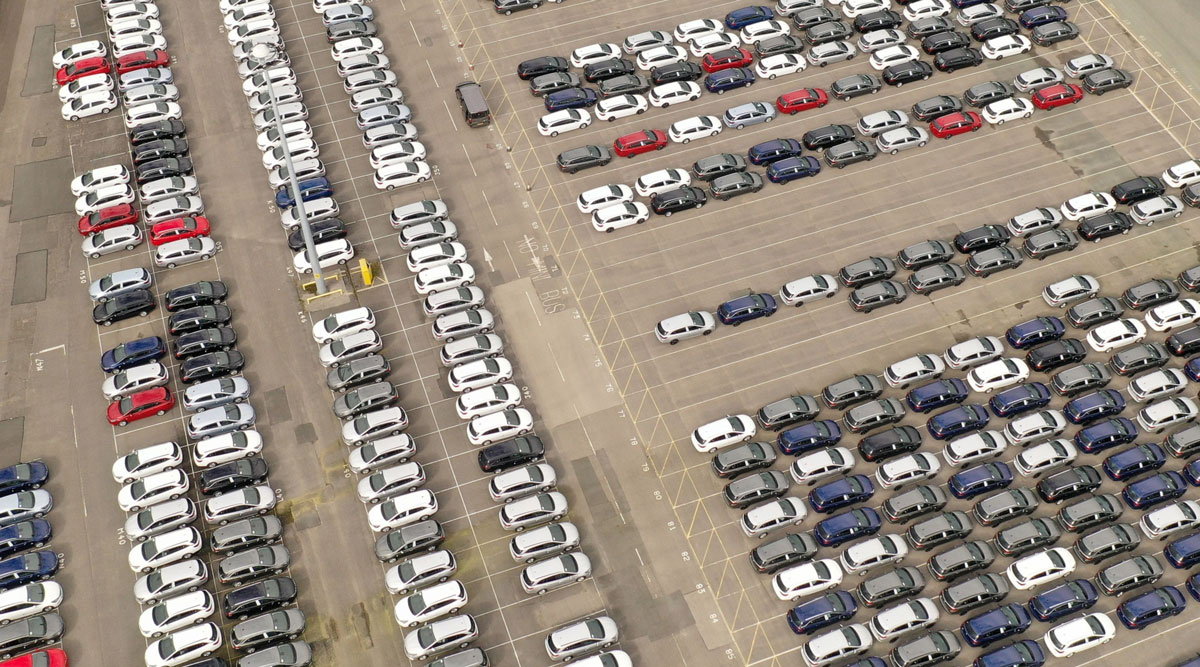 Recently assembled vehicles are stored in the distribution yard at the closed Vauxhall car factory in England on March 17. (Christopher Furlong/Getty Images)

The world’s supply chains are facing a root-to-branch shutdown unlike any seen in modern peacetime as efforts to contain the coronavirus outbreak hit everything from copper mines in Peru to ball bearing makers in Germany’s industrial heartland.

In the last few days, a supply chain crisis that began earlier this year with Chinese factories has spread into key industries elsewhere that had weathered the impact until now. The shutdowns are contributing to the growing conviction that the world has slipped into its first recession since the financial crisis more than a decade ago.

“This is kind of a rolling natural disaster,” said Ethan Harris, head of global economic research at Bank of America. “In terms of the impact on global production, the shutdown outside of China will likely become bigger than the impact from China.”

The shock to supply chains, Harris said, is deeper and more sprawling than the trade wars of the past two years and likely to be more prolonged than the storms, earthquakes or floods that have been a source of stress for major industries in the past. He expects factory shutdowns will last into May and possibly longer.

Compounding the blow for companies, the initial supply shock has become interwoven with a demand crisis in Europe, the U.S. and other major economies as workers and consumers are ordered to stay home.

Apple Inc., for example, is confronting the impact on component makers in Italy, Germany, Malaysia and South Korea after having weathered the February slowdown in Chinese factories that do the final assembly of products like iPhones and AirPods.

In Malaysia, key suppliers like Murata Manufacturing Co., Renesas Electronics Corp. and Ibiden Co. have halted production as a result of restrictions on movements imposed by the government. Micron Technology Inc. is affected too, but said an exemption allows “limited semiconductor operations to continue.” Texas Instruments Inc. and On Semiconductor Corp. also have facilities there.

Peru’s state of emergency and nationwide lockdown have led major mining companies like Freeport-McMoRan Inc. and Newmont Corp. to curb copper production there. The same is happening in other mining centers like Chile, Canada and Mongolia, with economists at Scotiabank saying the initial result from the hit in Chile and Peru alone leading to the loss of some 325,000 metric tons of copper production, or about 1.7% of global annual output.

In Europe, industrial giants like Volkswagen AG and Airbus SE have shut down assembly lines in an effort both to reduce the spread of the virus and to deal with parts shortages and bottlenecks due to restrictions on travel within Europe.

While governments in the region have pledged to safeguard the transport of goods as borders are shut to other nonessential travel, traffic disruptions have started to escalate. Trucks lined up for 40 miles near Berlin after the German border to Poland was closed, and diverting passenger cars to alternative routes brought little relief.

The car industry is particularly vulnerable to supply chain disruptions. Its fine-tuned logistics are designed to keep storage times to between only one and two months. The push into electric cars has added to complexity, because production of battery cells requires a steady flow of materials like lithium and cobalt.

Germany’s Schaeffler Group, which employs 87,000 worldwide and is a major supplier to car makers, joined peers March 19 in hammering out emergency plans to cut capacity in Europe and avoid layoffs. Those include reducing working hours and cutting production on certain days.

“As we have to reduce production in our plants in the light of the crisis, it was important to us that flexible solutions be quickly established,” said Juergen Wechsler, who represents Schaeffler workers for union IG Metall.

Liqui Moly GmbH, a maker of engine oil and lubricants based in the southern German city of Ulm, is suffering dramatic order declines. “If the situation demands it, I will forgo my salary,” Chairman Ernst Prost said. 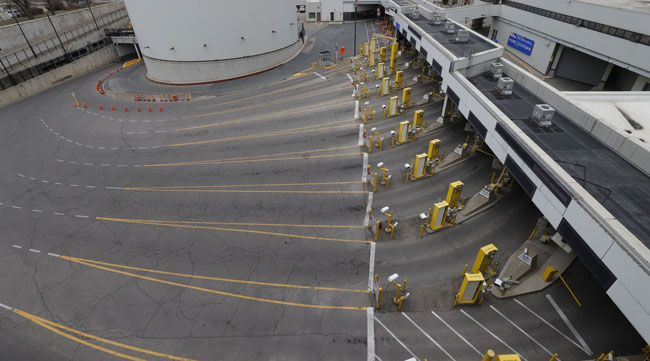 Anton Posner, CEO of supply-chain management and consulting company Mercury Resources, said the move by General Motors Co., Ford Motor Co., and Fiat Chrysler Automobiles NV to temporarily shut down their U.S. plants will reverberate not only through their suppliers of finished parts but in steel, aluminum and transportation.

“We have ships loading steel in Europe next week headed for the U.S., but will there be shipments beyond that with industry shutting down?” he asked. “Who’s going to hold inventory if there’s no consumption?”

U.S. steelmaker Commercial Metals says it’s still at work and facing postponements, not yet cancellations. “So all these jobs are going to come back,” said CEO Barbara Smith.

She hasn’t had any employees infected. But as a company heavily dependent on infrastructure and other construction projects, she is also worried about job sites being shut down due to infections. All of that has left an enormous cloud of uncertainty hanging over her business, even as she continues to book contracts, like one March 19 related to a highway expansion in Dallas.

“How can I give guidance when I don’t know how long it’s going to last or what all the ripple effects will be?” she asked. “I think it’s irresponsible for anyone to make assumptions right now.”