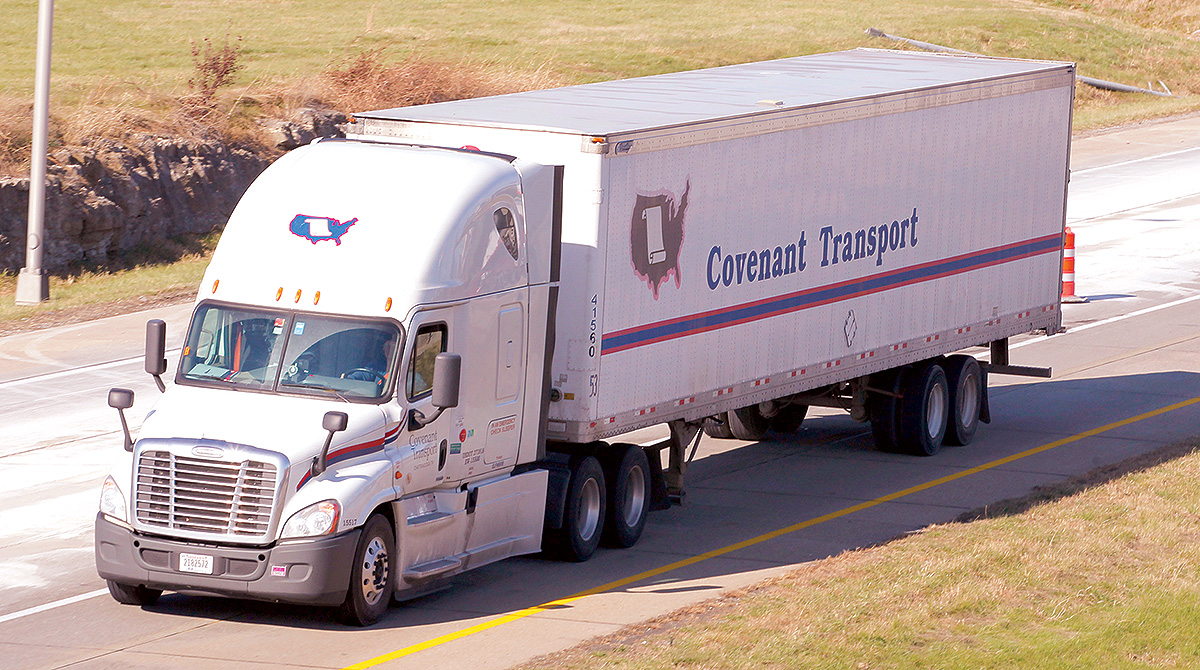 Covenant Transportation Group Inc. reported earnings of 33 cents per share on $6.1 million in net income in the quarter ending June 30, the company said in a July 24 news release.

The Chattanooga, Tenn.-based truckload company said that compared to net income of $10 million, or earnings per share of 54 cents, in the second quarter of 2018, a 39% drop.

“Our less-contracted expedited and solo-refrigerated operations suffered from oversupply in relation to demand and a late-developing produce season,” said David R. Parker, CEO and chairman. “We intend to continue to pursue a more predictable and consistently profitable business model as we allocate assets across our operations.”

Parker said Covenant attributed the softer freight environment to a combination of excess inventory levels, a slowing rate of manufacturing, a delayed produce season, and the extra capacity of Class 8 tractors that entered the U.S. market over the last 12 months.

Total revenue in truckload operations increased to $175.4 million, a boost of $4.7 million compared with the second quarter of 2018.

In Covenant’s dedicated and contract logistics businesses, demand has remained steady for the first half of the year, and Parker said he expected business to remain consistent through the end of the year.

Covenant ranks No. 42 on the Transport Topics Top 100 list of the largest for-hire carriers in North America.