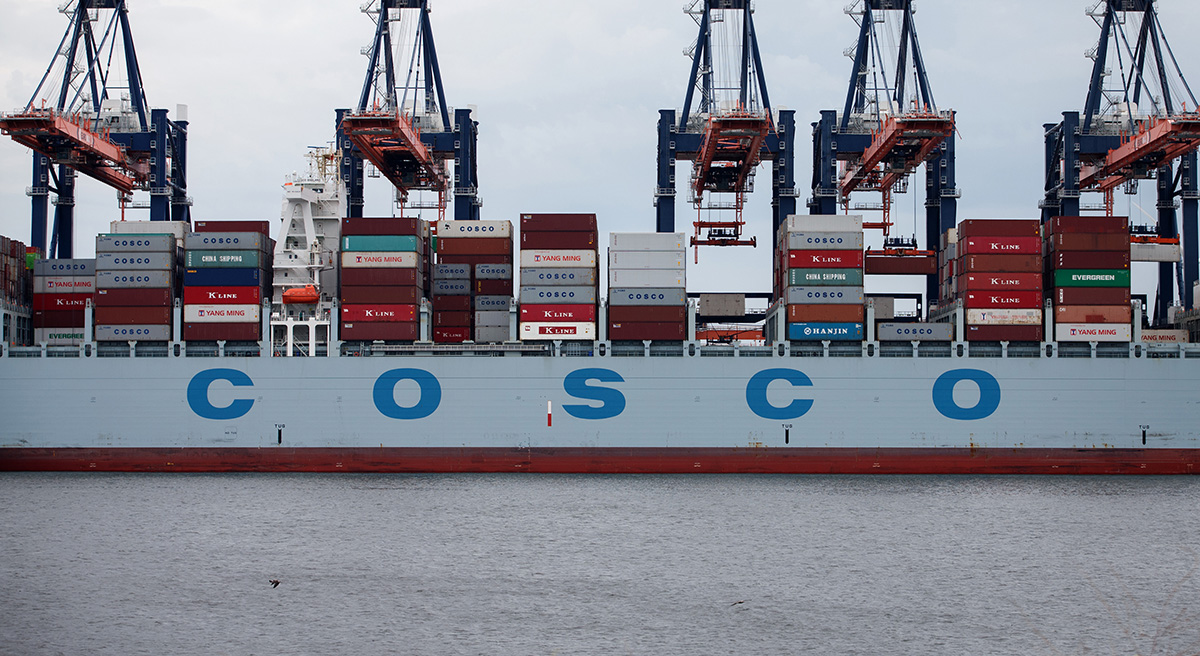 Cosco Shipping Holding Co. plans to sell as much as HK$7.43 billion ($947 million) of shares in Orient Overseas International as part of efforts by China’s biggest container-shipping line to maintain the listing status of the rival it is acquiring.

Three investors agreed to buy each share at HK$78.67 — the same price as the takeover offer for Orient Overseas — and will hold a combined 15.1% of the Hong Kong-based company after the transaction, Cosco Shipping said in a statement July 6. The investors are CK Hutchison Holdings unit Crest Apex Ltd., Chinese state-backed Rongshi International Holding Co., and PSD Investco Inc., a subsidiary of Silk Road Fund.

Cosco Shipping offered $6.3 billion last year to buy Orient Overseas in a deal that would elevate the Chinese group to become the world’s third-biggest container-shipping company.

Global container lines have been consolidating since an excess of capacity and depressed freight rates caused many to rack up losses and also led to the collapse of South Korea’s Hanjin Shipping Co. in 2016.

The stock sales to the three entities would take place only if Orient Overseas’ free float falls under the mandatory 25% level and needs to be restored to maintain its listing, Cosco Shipping said.

No Gain, No Loss

Cosco doesn’t plan to recognize any gain or loss from the share sales if Orient Overseas’ stock price remains around HK$78.67 at the close of the transactions.

Under the takeover agreement for Orient Overseas, Cosco Shipping will own 90.1% of the company and the rest will be held by Shanghai International Port (Group) Co. The deal has received Chinese and European Union antitrust clearance.

The takeover comes amid consolidation and reforms in the global box-shipping industry, which has been in turmoil since the 2008 financial crisis caused trade levels to plunge.