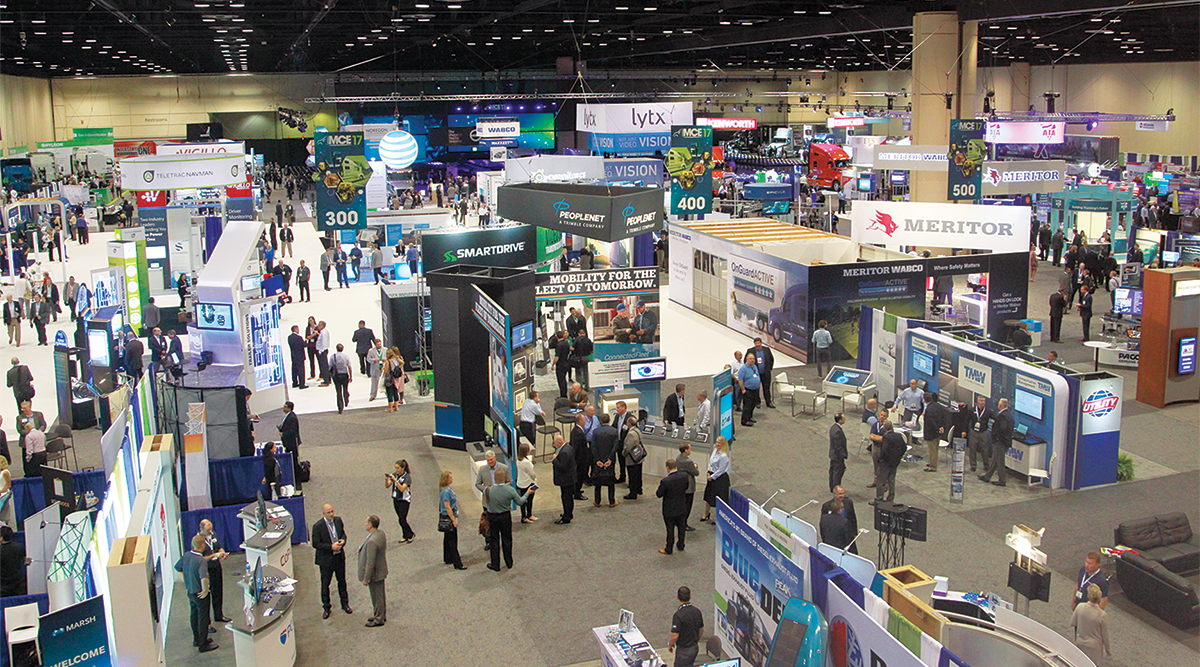 Due to concerns over the impact of the coronavirus pandemic, officials with the Mid-America Trucking Show announced on March 12 the show scheduled for March 26-28 in Louisville has been canceled.

“This is a decision we did not make lightly, but in consultation with our exhibitors, attendees, supporters, and partners, including Kentucky Venues, Louisville Tourism, Kentucky Governor’s Office, and the Kentucky Cabinet for Health and Families Services,” said a statement on truckingshow.com, the show’s website. “In light of today’s extraordinary circumstances and with an abundance of caution, this decision has been made with the health and safety of our attendees, exhibitors, employees and show partners in mind.”

Organizers said the show will return next March in Louisville.

The event was to feature more than 1,000 exhibitors and attract as many as 80,000 visitors. It has been held annually since 1972 at the Kentucky Exposition Center, occupying more than 1 million square feet of exhibit space. 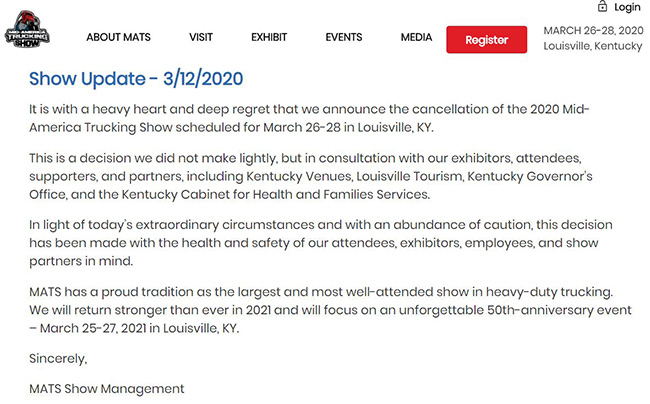 The decision to cancel MATS comes as hundreds of organizations — including Major League Baseball, the National Basketball Association, National Hockey League, major college sports conferences and others — have announced postponements as the number of people contracting the virus spreads in both the U.S. and worldwide.