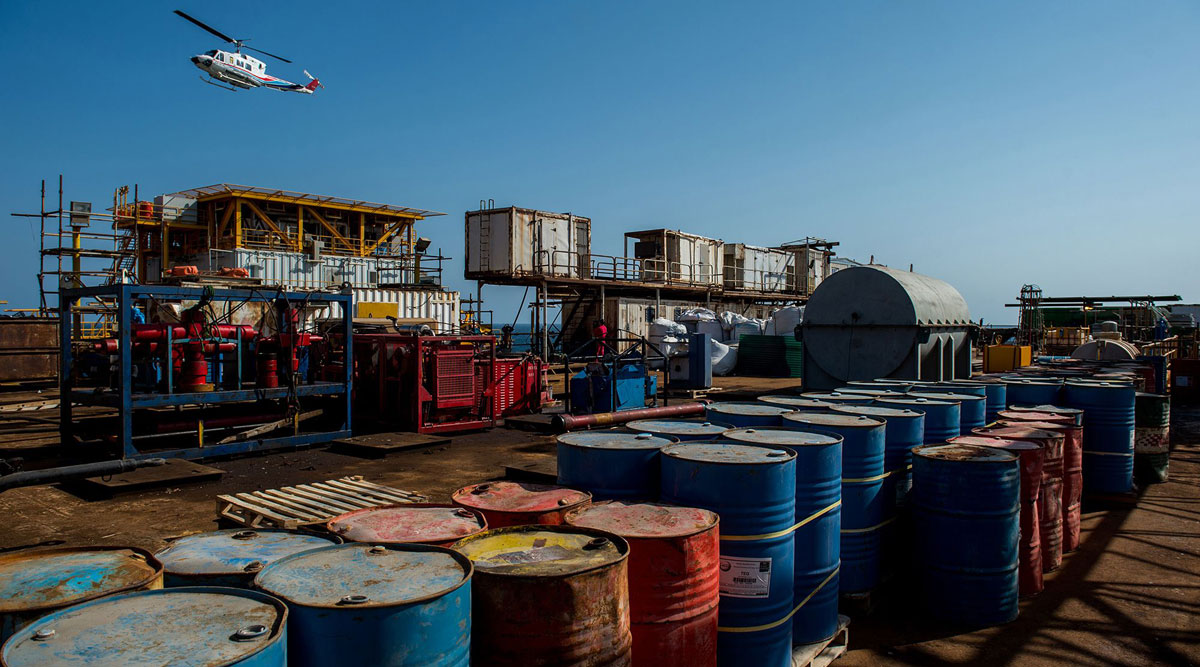 Oil tankers are starting to drop anchor as traders start deploying the vessels to keep barrels at sea in the wake of the price plunge.

Between five and 10 supertankers have now been booked for storage, according to Florian Thaler, CEO of oil data analytics company OilX. Multiple shipbrokers and industry executives said they agreed with the estimate, meaning vessels have been hired to hoard 10 million to 20 million barrels. They could hold as much as Argentina’s monthly consumption.

The headline price of Brent oil crashed to below $25 a barrel this month, before recovering slightly, as Saudi Arabia stepped up a bitter price war with Russia and pledged to flood the market. The rout has triggered a so-called contango structure, where futures months and years from now are trading at hefty premiums. That offers big profits to those who can find cheap-enough storage and sell later.

“I think we will see a lot in the coming weeks,” said Robert Hvide Macleod, CEO of tanker company Frontline Management AS. “There is virtually a super-contango in the oil market. This will mean storage on ships.”

Among the ships booked is the largest tanker in the world — Europe — which can hold 3 million barrels alone and is currently floating off Singapore. Glencore Plc chartered the vessel shortly before the recent price war broke out, to store crude and profit from the so-called contango market structure, according to people familiar with the matter.

In a contango market, a trader can profit from floating storage by selling cargoes in the future, provided the premium they’ll fetch for it would exceed the cost of hiring a tanker. Several of the world’s largest trading houses said the trade is now profitable.

In the height of the 2008-09 global recession, traders kept in excess of 100 million barrels at sea in a mix of contango trades and bets that prices would recover.

Many of recent fixtures of very large crude carriers, the industry’s biggest ships, are being concluded with a clause for floating storage or delivery flexibility, thus allowing for offloading at any destination at the time the contract ends, according to Randy Giveans, senior vice president for equity research at Jefferies in Houston. He estimates up to 50 million barrels could have been booked for storage.