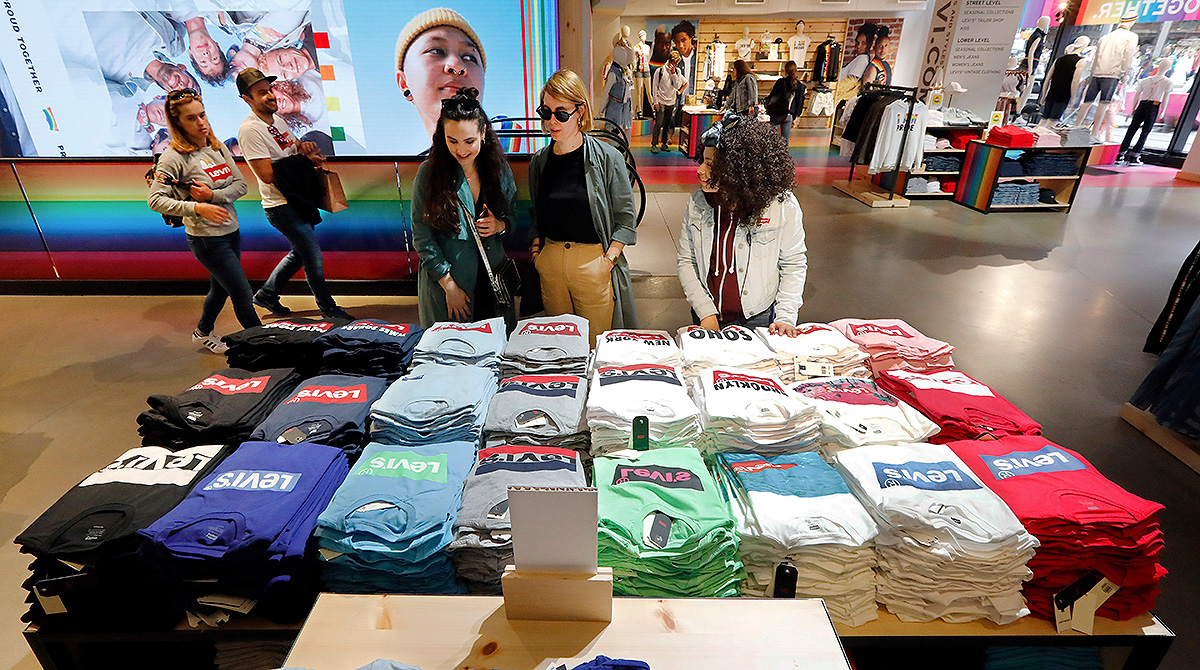 Shoppers check out T-shirts at a Levi's store in Times Square in New York. (Richard Drew/AP)

The consumer price index increased 1.8% compared with a year earlier, up from 1.6% in June, the Labor Department said Aug. 13. Excluding the volatile food and energy categories, core prices moved up 0.3% in July and 2.2% from a year ago.

The figures suggest that inflation is picking up slightly, though it remains modest. The economy is in its 11th year of growth, unemployment is low and wages are growing modestly. These are trends that typically accelerate price gains. But many companies are reluctant to charge more in the face of online and global competition. 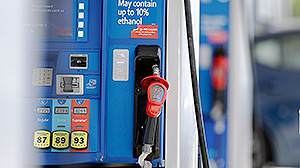 While gas prices rose in July, they have since fallen. (Gerry Broome/AP)

There are some signs higher wages may be having an effect. The cost of housing operations, such as cleaning, landscaping and moving, jumped 5.4% in the past year.

The Federal Reserve maintains a 2% inflation target to avoid the destabilizing effect of deflation, which can pull down prices and wages. It has mostly missed that target since it was established in 2012. Its preferred measure rose just 1.4% in June compared with a year earlier. That measure isn’t as influenced by rental prices.

Gas prices jumped 2.5% in July, though they have already fallen back and will likely keep doing so since oil prices are declining. The average price for a gallon of gas was $2.64 Aug. 13, down 15 cents from a month earlier.

One restraint on inflation last month was food prices, which were unchanged. Dairy prices fell in July while fruit and vegetable costs rose.