Congress Gets Text of $900 Billion Relief Bill Hours Before Vote 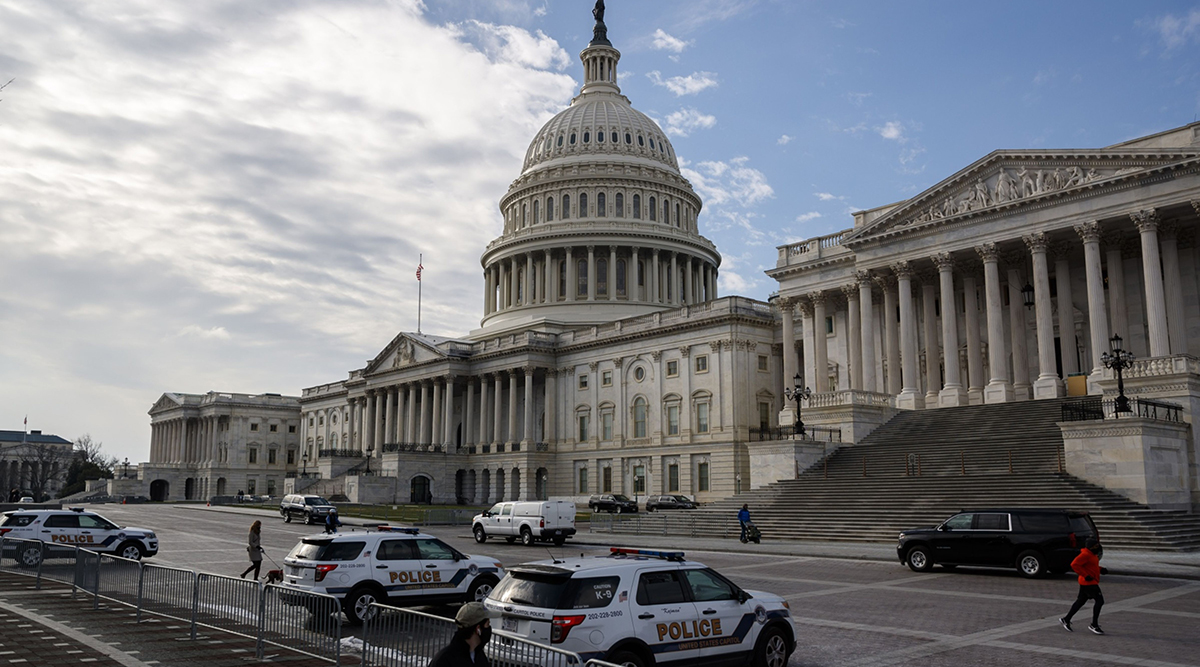 The House released the text of a massive 5,593-page package of legislation that combines pandemic relief with a bill to fund government operations just hours before lawmakers were set to cast their votes on Dec. 21.

The roughly $900 billion aid package will be attached to a $1.4 trillion measure to fund government operations through the end of the fiscal year, and congressional leaders said they expect the legislation to easily pass both chambers. The White House said President Donald Trump would sign it.

House Speaker Nancy Pelosi, McConnell and Senate Democratic leader Chuck Schumer announced the legislative accord over the weekend after months of stalemate. The deal followed more than a week of furious negotiations sparked by a group of Democratic and Republican senators who drew up their own compromise proposal and urged their leaders to act.

It also came at the last possible moment for Congress to act before lawmakers are set to leave Washington for their year-end break.

The bill includes help for small businesses, the jobless and direct payments to most Americans. It also provides funding for vaccine distribution, food assistance, tax breaks and money for education and child care.

The bill does not include liability protections for businesses, which was sought by American Trucking Associations and some Republicans in earlier rounds of negotiations. A bipartisan team drafted a separate bill for that provision.

The provisions aimed at the fallout from the coronavirus represent the second-largest economic rescue package in American history, behind the $1.8 trillion virus relief package that was signed into law just nine months ago. It surpasses the $787 billion stimulus passed in response to the financial crisis in 2009.

Together with the omnibus spending bill, the total package is worth $2.3 trillion. Here are some highlights of specific provisions:

The bill provides $600 in one-time direct payments to individuals and $600 per child. The payments would be phased out for individuals over a certain income threshold. Payments could begin flowing quickly through the Internal Revenue Service, which already had set up a system to distribute $1,200 payments in the stimulus bill passed in March.

Federal unemployment insurance benefits will be extended for 10 weeks through mid-March, with each week supplemented by a $300 payment, similar to the extra $600 supplement that expired at the end of July.

It includes people receiving state unemployment benefits as well as those receiving Pandemic Unemployment Assistance, the pandemic program that provided jobless benefits to those not traditionally eligible like gig workers and the self-employed. Without Congressional action, the program was on track to expire at year’s end, which would have caused millions of Americans to lose their jobless benefits.

Pandemic Emergency Unemployment Compensation, which provided up to 13 additional weeks of jobless benefits to those who had exhausted their regular state benefits, was extended as well.

Unlike stimulus payments and forgiven PPP loans, which aren’t subject to federal taxes, unemployment insurance recipients must pay income taxes on their jobless benefits. Many states don’t automatically withhold taxes when they distribute those payments, so recipients will owe those taxes when they file their tax returns next spring.

Help for Companies and Airlines

The aid package includes $284 billion for the Paycheck Protection Program that was created in the CARES Act. That program’s loans to firms with fewer than 500 employees can be fully forgiven if companies keep people on their payroll.

The legislation clarifies that business owners can write off expenses paid for with forgiven PPP loans, giving small companies a tax break that could amount to more than $100 billion. The legislation would override an IRS decision that says businesses can’t claim deductions on costs, such as rent and wages, paid for with tax-free PPP money.

It also includes includes $15 billion to reinstate payroll reimbursements to airlines, which expired two months ago, as well as $1 billion for airline contractors.

The legislation includes a priority for President Donald Trump: an expansion of the business meals deduction — a tax preference he narrowed just three years ago in his 2017 tax overhaul. Economists have said the change would do little to help struggling restaurants.

Housing, Education and Other Provisions

The measure contains $25 billion for emergency rental assistance, and it extends the CARES Act’s eviction moratorium until Jan. 31.

Other key funding provisions include funds for virus testing, tracing and vaccine development and distribution. It also has $82 billion for education funding, as well as $7 billion for broadband, $10 billion to support childcare providers and funds for the U.S. Postal Service. It provides $13 billion for nutrition assistance.

The larger $2.3 trillion package includes $1.4 trillion in regular appropriations to keep the government operating through the end of fiscal 2021 on Sept. 30. A last-minute deal kept $12.5 billion for Veterans Affairs health funding under the total spending budget cap.

The legislation includes a reauthorization of the Water Resources Development Act that deals with water-related infrastructure.