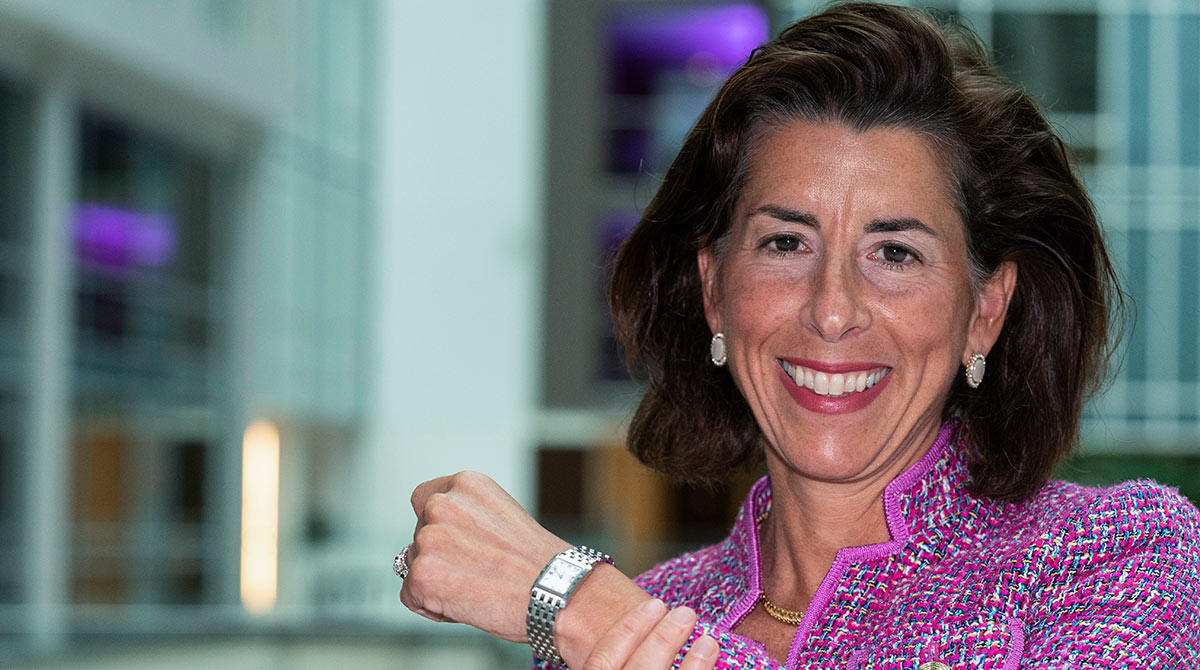 WASHINGTON — Gina Raimondo only wears watches made by Bulova — a company that laid off her scientist father, closed its Rhode Island factory and moved production to China in 1983.

The watches give Raimondo, the U.S. commerce secretary, a sense of mission as President Joe Biden’s de facto tech minister, a responsibility that is focused on adding the kinds of cutting-edge factory jobs that are now abroad.

“It’s been a tribute to my dad,” Raimondo said of her watch choices in an interview, “and a reminder to me that we need to do more to get good manufacturing jobs in America.”

Semiconductors play a vital role in our economic & national security.

We must ensure they are made in America.

The $52B investment in domestic semiconductor production is a critical step in restoring U.S. manufacturing jobs.

Biden has tasked Raimondo, a former Rhode Island governor, with ensuring the United States will be the world leader in computer chips. America’s place atop the world as an economic and military power — as well as his political fortunes — might ride on her performance.

The computer chip has become the essential ingredient for autos, medical devices, phones, toys, washing machines, weapons and even some watches. But a global shortage is dragging on growth and fueling inflation. Without computer chips that serve as the switches for today’s economy, the United States could be eclipsed by China and other nations that support their semiconductor industries.

To end the shortage, Raimondo, 50, must bring back production of chips as well as solar panels and batteries on the premise that these sectors are key to prosperity. This means consulting semiconductor executives almost daily, following data on plant shutdowns in Asia, seeking additional government support for these industries and making her department something more than a generic envoy to business.

Raimondo’s tenure at Commerce has been high-profile for a department that some presidents have paid little heed.

The prior secretary was advertised as a killer negotiator, but Wilbur Ross was best known for falling asleep at events for President Donald Trump and trying to explain tariffs by holding up a soup can on TV. The Obama administration went a full year with only an acting secretary.

Raimondo bonded with Biden, who often quotes his own parents when pitching his policies. Political allies noted her own ambitions after she was interviewed last year as Biden’s prospective running mate. The Commerce Department could be the steppingstone in a Democratic Party increasingly shaped by college-educated women.

“She is someone, like the president, who knows the pain a job loss has on a family, and has never forgotten where she comes from and the real impact economic and trade policies have on real people,” said White House chief of staff Ron Klain. 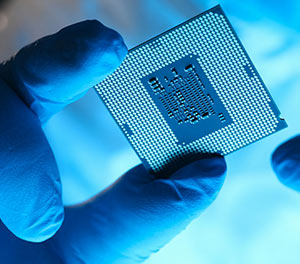 Rhode Island contains grand Newport mansions that once belonged to America’s wealthiest families and the factories that drew Italian immigrants such as Raimondo’s grandparents. This mix of size and breadth of social class gives its politics an unusual intimacy.

Joseph Raimondo lost his chemist job at the Bulova plant when his youngest child was in sixth grade. His daughter’s admirers and even some detractors say that formative event made her competitive and as meticulously detail-oriented as a watchmaker.

She has been known to email staff on policy ideas as late as midnight and as early as 6 a.m. Tech CEOs say she works like them: direct, focused, full of questions.

Rhode Island was still a manufacturing state when Raimondo left for college in 1989. More than 20% of the state’s jobs were in manufacturing then; now only 8% are, according to the Bureau of Labor Statistics.

Raimondo’s story is a microcosm of the American economy, which emerged from World War II with its manufacturing might intact. But lower wages overseas siphoned off factory jobs and the economy was re-engineered for college graduates and a digital age.

The smartest or luckiest children of former steelworkers and autoworkers got degrees from the best universities, as did Raimondo.

Like so many of her generation who witnessed America’s industrial decline through family experiences, Raimondo labored to be part of the meritocracy. She clerked for a federal judge and became a venture capitalist, while marrying a similarly pedigreed husband, Andy Moffit. Federal ethics disclosures peg her wealth at as much as $10 million.

Raimondo has long been interested in the finer details of what makes people and systems tick. Bob Walsh, executive director of Rhode Island’s leading teachers union and a former banker, recalls getting quizzed by Raimondo over lunch.

“Why do you do what you do?” Raimondo asked him. “You could make much more money doing something else.”

Before winning her first term as governor in 2014, Raimondo took controversial steps as state treasurer to shore up Rhode Island’s strained public pension fund. This meant bucking the teachers union to raise the retirement age and suspend cost of living adjustments. Many unions opposed her in the primary. But Walsh backed her personally in the general election and provided an organizational endorsement for her 2018 re-election.

In overwhelmingly Democratic Rhode Island, Raimondo learned to govern by building coalitions within a diverse caucus. State Sen. Sam Bell, one of Raimondo’s top Democratic opponents, said she was “brilliant and effective” — but in ways that he believes gutted Medicaid and other services for the poor.

Her gubernatorial term was also at odds with trucking over tolls specific to trucks.

In March of last year American Trucking Associations, along with Cumberland Farms Inc. and M&M Transport Services Inc., filed a motion in the U.S. District Court of Rhode Island for a preliminary injunction in a lawsuit against the state’s trucks-only tolling program.

“She is powerful in presenting data,” Walsh said. “Her ability to make a strong presentation and understand the multiplicity of issues can once again be an advantage.”

For much of her lifetime, the key to economic growth was efficiency — payrolls held in check and inventories kept to just-in-time lest any excess supplies reduce profits.

Then the pandemic disrupted chip production right when demand was increasing as people working from home became more dependent on their electronics. The fragile supply chain also took hits from extreme weather and other factors.

“If ships stop running, then all those efficient supply chains fall apart very, very quickly,” said Revathi Advaithi, who talks frequently to Raimondo as CEO of Flex, one of the world’s largest electronics manufacturer services companies. “The pandemic is just one part of it. Our view is that this has been coming about for a long time.”

The United States now needs a more diverse network of manufacturers closer to home to avoid shutdowns and minimize the damage from disasters. It needs fail-safes that make it easier for factories to restart after being shut. That also means it needs more high-tech manufacturing jobs.

Raimondo anticipates the computer chip shortage will last well into next year — and hurt. The White House noted in a September report that the shortage could lop a full percentage point off economic growth this year.

“We all probably underestimated how disruptive COVID is to our supply chains,” Raimondo said. “We just abruptly shut down our economy. Automakers just stopped ordering semiconductors.”

The United States once accounted for 40% of chipmaking worldwide; now it’s 12%. The cost of making a chip in the United States is 30% higher than in Taiwan and South Korea. A chipmaker must spend tens of millions of dollars on a prototype before seeing any revenue, a barrier for startups.

For the trappings of a technocrat, Raimondo is making choices on personal terms. When Biden interviewed her for Commerce, he knew about her father. The move to Washington seemed a natural fit, but Raimondo worried about uprooting her teenage children, Cecilia and Thompson.

Her brother’s advice: Take the job. For their father.