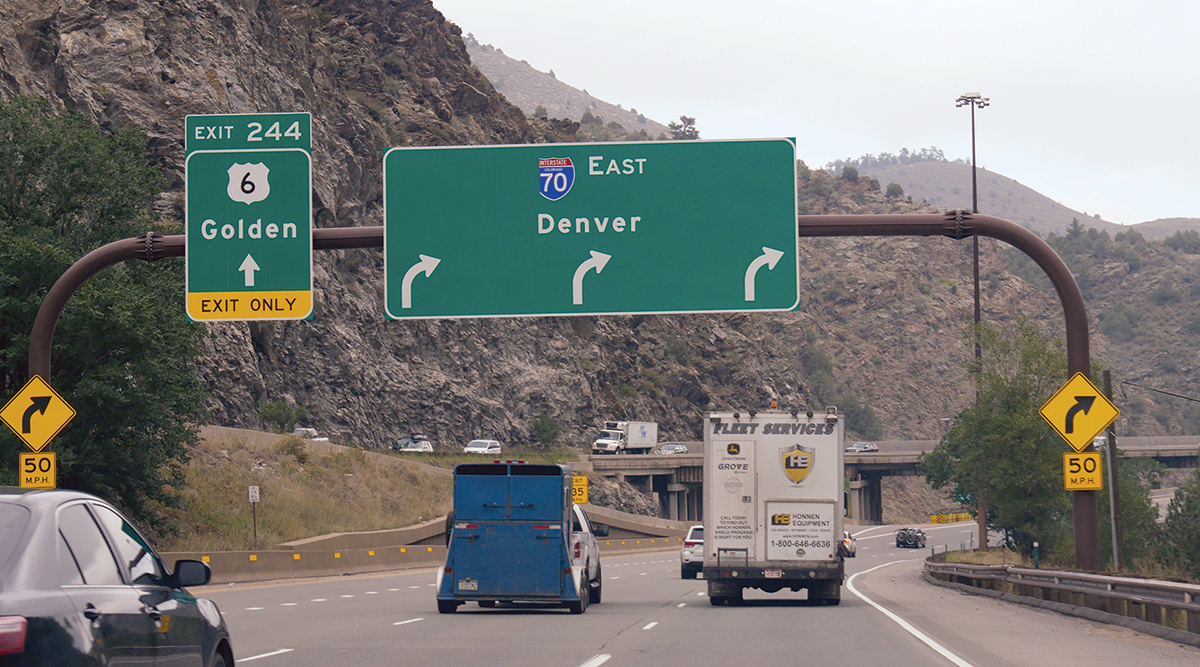 Faced with more people driving Colorado’s increasingly clogged roads and fouling air that’s flunking federal standards, state health officials this week embraced an alternative vision — that hundreds of thousands of drivers soon, if given options, will shift to zippier electric vehicles that don’t pollute and roll 300 miles on a charge.

Colorado’s Air Quality Control Commission, after two days of hearings, is poised to impose a mandate on automakers that would tilt the market in this state toward these zero-emission vehicles (ZEVs) — a class of vehicle that includes plug-in hybrids and fully electric models.

To avoid penalties, automakers would have to offer more battery-powered options, with ZEVs accounting for at least 5% of cars sold by Colorado dealers in 2023.

This would make Colorado the 10th state in the nation, led by California, to embark on a coordinated shift from gas-powered to cleaner electric mobility. The move is being compelled by global warming, the frequent air pollution alerts that worry city dwellers, and the ski and recreation industry that wields growing economic clout.

“This is driven largely by our recognition that we need to get ozone pollution levels down below the standards. We need to protect the public health of our residents,” John Putnam, the state’s environment programs director, said in an interview during hearings at the Colorado Department of Public Health and Environment.

“We are approaching a tipping point,” Putnam said. “What we want to do is move to that tipping point as soon as possible.” 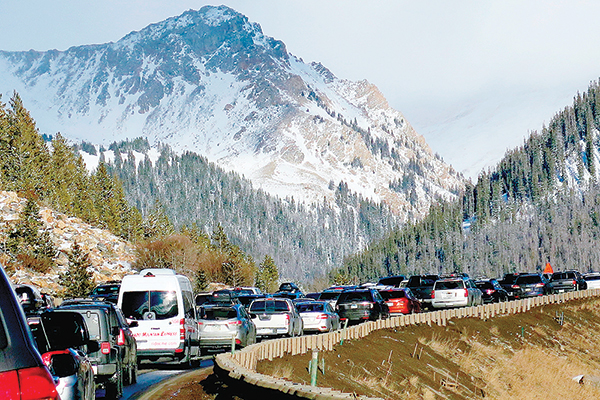 Traffic is backed up on Interstate 70 near Silverthorne, Colorado. (Thomas Peipert/Associated Press)

In the past, federal Environmental Protection Agency officials pushed Colorado to clean up the state’s air and comply with health standards in an offending nine-county area encompassing metro Denver and the northern Front Range. Under the Trump administration, however, EPA has played less of a role, relaxing pressure.

It got to the point that federal Judge John Kane last month ruled against EPA in a lawsuit alleging the agency failed to enforce the Clean Air Act as required. Polis had declared in March that Colorado would not seek an exemption that could have granted more time to comply by blaming the bad air on pollution wafting into the state from China. WildEarth Guardians attorney Jeremy Nichols made the case that EPA had blown a deadline for designating Colorado as a “serious,” rather than “moderate,” violator.

Last week, EPA issued a notice saying officials would begin a process of reclassifying Colorado as a serious violator, which would trigger tougher enforcement on industrial polluters.

“EPA was behind. They knew they were behind. And they had to move,” Putnam said. “We clearly weren’t in attainment. The EPA has no reason to sit.”

There are about 25,000 electric vehicles registered in Colorado, and annual sales have been increasing between 15% and 70% per year. Colorado Energy Office director Will Toor on Wednesday anticipated that the state mandate, making more models available and spurring competition, will lead to 800,000 electric vehicles on Colorado roads by 2030.

The population boom threatens worse pollution in the future. Vehicle miles traveled have been increasing, by 2.5% in 2017, despite rail and bus transit options, according to data presented by the Regional Air Quality Council — with a projected 34% increase by 2040. 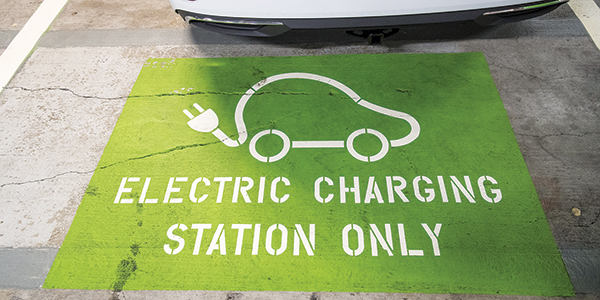 An "Electric Charging Station Only" sign is seen at a parking space in San Francisco. (David Paul Morris/Bloomberg News)

Federal tax credits to ease the initial burden of buying a battery-powered vehicle are ramping down, though state tax credits have been extended through 2025. State health officials said they favor tax credits to help more drivers afford electric cars, which become cheaper in the long run because drivers don’t need to buy gas and can benefit from a widening array of charging stations.

At the hearings this week, state air quality commissioners faced a blitz from residents and advocacy groups demanding action to encourage a faster shift to clean cars.

Global warming is shortening winter by a day a year in Colorado, on average, and is shrinking mountain snow in a way that is disrupting the ski industry, said David Perry, president of the Alterra company that runs Winter Park, Steamboat and other resorts.

“Reducing greenhouse gas emissions is really essential to the longevity of our business. … You have an opportunity to help this huge industry for the state of Colorado,” he said.

The Colorado program to spur a shift to electric vehicles, starting in 2023, would cut overall emissions of greenhouse gas 3 million tons by 2030, according to calculations by officials in the state’s Air Pollution Control Division. They calculated a 300-ton reduction in ozone, which is formed when precursor pollutants including volatile organic compounds mix in sunlight.

Colorado Partners Press On With I-70 Interchange Project