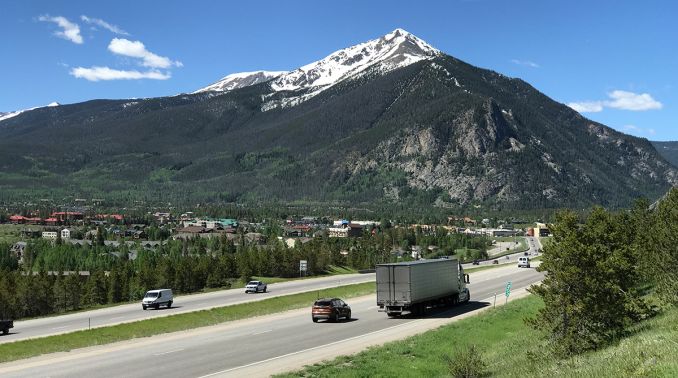 The legislation, called Senate Bill 18-001, calls for periodic transfers from the state’s general fund to the state highway fund. Colorado Department of Transportation spokeswoman Amy Ford explained that the agency will be allowed to use a portion of these funds. Overall, she said SB 1 will bring $451 million to state highway projects over the next two years.

According to the legislation, these fund transfers are meant to offer a stable source of revenue dedicated entirely to roads. 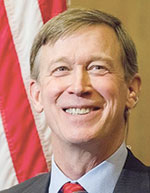 Ford said CDOT is sifting through a long list of transportation projects to address throughout the state, which she said suffers a $9 billion transportation infrastructure deficit. Such projects include the installation of passing lanes and guardrails on rural roads and highways, as well as expansion projects along interstates 70 and 25. I-70 is a major east-west corridor that runs across the entire state and bisects Denver. I-25 is a north-west corridor that also goes through Denver.

“We have significant congestion and mobility needs,” Ford said. “We are in the bottom third in the country in the quality of our roads.”

Colorado’s rapidly growing population was an impetus behind SB 1. According to the legislation, Colorado’s population is expected to near 7 million people by 2030. Denver ranked No. 13 on the Census Bureau’s list of cities with the largest numeric increase between July 2015 and July 2016, with an influx of more than 13,000 people.

Ford explained that this piece of legislation builds on the work of Senate Bill 267, which was passed in 2017 and established a system of lease-purchase agreements on state buildings to generate $2 billion for transportation construction projects. She described SB 1 and SB 267 as important steps in addressing Colorado’s infrastructure needs.

“Senate Bill 267 was a good start. It [gave us] a way when we didn’t have money to generate additional funds to at least allow us to start bonding to pay for some projects. For CDOT, it was almost like a low-interest loan to allow us to start some work on these projects,” Ford said. “Between the two of them, what we have is a start for addressing some of the transportation needs we have in the state.”

Hickenlooper, a Democrat, hailed the legislation as an effort in bipartisan teamwork. The bill’s primary sponsors were Sens. John Cooke (R-Greeley) and Randy Baumgardner (R-Hot Sulphur Springs), as well as Reps. Perry Buck (R-Windsor) and Faith Winter (D-Westminster). The bill passed the Senate on May 16.

“The transportation infrastructure funding bill was an exercise in getting past partisan politics and doing what’s best for Colorado,” Hickenlooper said at the bill-signing ceremony. “This bill certainly doesn’t cover all the projects we need to tackle, but is a great start and one of the largest commitments to transportation from the general fund.”

“This isn’t a perfect solution, or the bill we would have written if we had total control of the statehouse, but it has good chance of winning voter approval and will commit a sizable stream of future general fund revenue toward road modernization, without the need to raise taxes,” Grantham said.