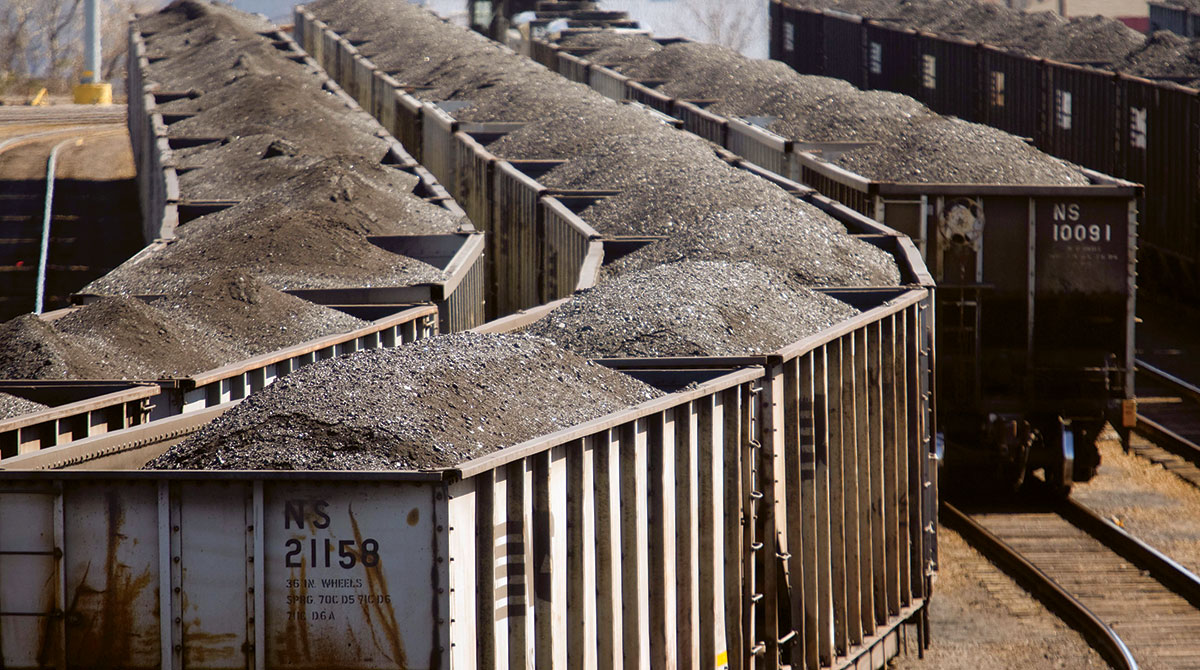 U.S. coal prices surged to the highest level in more than 12 years, threatening to bloat America’s already soaring electricity bills and signaling the fuel isn’t going to get phased out anytime soon.

Prices for coal from Central Appalachia climbed more than $10 last week to $89.75 a ton on the spot market, according to figures released Nov. 15 from S&P Global Market Intelligence. That’s the highest since 2009, when a spike in exports boosted domestic prices for the power-plant fuel. Prices in other U.S. regions are lower but have also climbed in recent months.

Higher prices for coal — which comes as natural gas gets costlier, too — means U.S. consumers will almost certainly pay more for energy this winter. Companies including Duke Energy Corp. and Xcel Energy Inc. have been warning customers that winter bills may increase by about $11 a month during heating season. That added expense comes on top of already soaring costs for food, housing and cars in the U.S., driving consumer-price inflation to the fastest annual pace since 1990 and stretching households’ budgets increasingly thin. 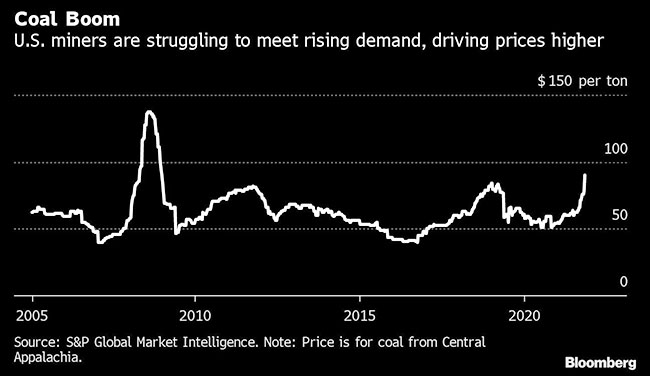 The surging coal prices come as a global power crisis drives up demand for the dirtiest fossil fuel that some had prematurely assumed was on a rapid glide-path to extinction in the U.S. With energy demand surging, efforts to reach a deal to completely quit coal’s use failed at the COP26 international climate conference that just ended. Delegates instead pledged to “phase down” rather than “phase out” coal power. Coal generates more than one-third of the world’s electricity, and countries including China and India depend on it for cheap, reliable power.

The economic recovery from the coronavirus pandemic has driven up demand for electricity around the world, leading to fuel shortfalls. While there’s widespread agreement among climate negotiators that eliminating coal from the global power mix is critical to avert climate disaster, the immediate need to keep factories humming shows that short-term demands are taking precedence over long-term goals.

U.S. miners are struggling to ramp up coal production as American utilities burn more, leading to dwindling stockpiles and rising prices. U.S. miners say demand is going to remain strong through next year, and some already have contracts to sell almost all of their expected output for 2022.

“The reason spot prices are so high in the U.S. is because there’s no supply, no availability,” said Andrew Cosgrove, a mining analyst for Bloomberg Intelligence.

Prices will probably come down over the next few months but won’t return to where they were at the start of the year, Cosgrove said, noting that he expects utilities to sign long-term contracts for the next few years that are about 30% higher than in recent years. Natural gas prices will stay high and so will demand for coal, but miners have limited ability to expand production and none are expected to invest in new capacity.

“There are no extra tons,” he said.

Coal to Exit US Power System by 2033, Morgan Stanley Says