Canadian National Railway joined the growing list of Class 1 railroads to report strong third-quarter financial results, and at the same time drive down costs by improving efficiency by adopting the principle of precision scheduling railroading.

Operating ratio improved to 57.9 from 59.5 in the quarter. Operating ratio, or operating expenses as a percentage of revenue, is a key industry metric used to measure efficiency. The lower the ratio, the greater the company’s ability to generate profit. 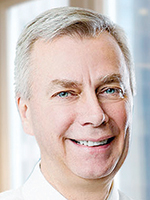 “We remain committed to our long-term agenda of growing faster than the economy at low incremental cost, and to taking scheduled railroading to the next level by deploying advanced operating technology.”

Canadian National said its revenue picture was mixed, with increases in the petroleum and chemicals sector (18%), intermodal transportation (13%) and automotive (9%). However, revenue fell in metals and minerals (7%), forest products (11%) and coal (1%). Grain and fertilizers saw a drop of 3%.

On a conference call with reporters and analysts, company officials acknowledged North American rail demand is deteriorating as the overall economy shows signs of weakness.

“Q4 will be a challenging quarter, and if you look just from a volume standpoint month-to-date, our volumes are down 10%,” Ruest said. “So, obviously, that impacts [earnings per share] and the volume deterioration is the story.”

Several Class 1 railroads have adopted precision scheduled railroading principles, crafted by Hunter Harrison. The railroad executive, who died in 2017, used them to help turn around the operations of railroads where he served as CEO.

Harrison joined CN in 1998 as chief operating officer. He was appointed president and CEO on Jan. 1, 2003, upon the retirement of Paul Tellier.