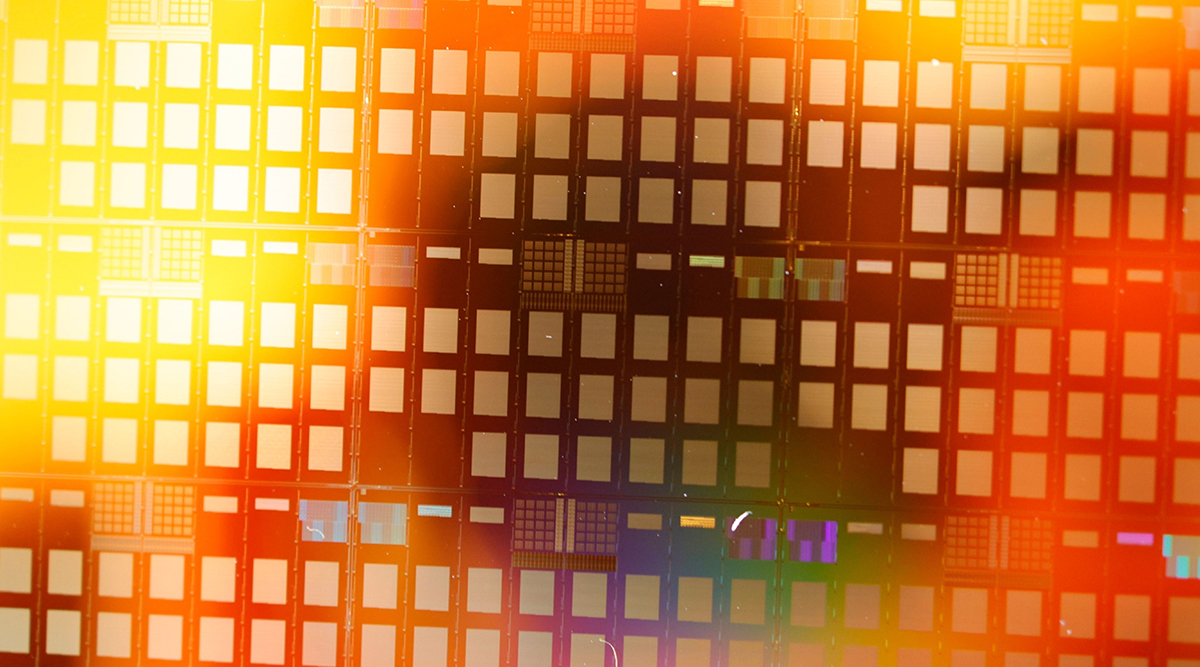 Delivery times for chips in October posted their smallest gain in about nine months, signaling that the shortages that have punished a broad swath of industries may finally be easing.

The lead times — a closely watched gap between when a semiconductor is ordered and when it’s delivered — increased by one day to about 21.9 weeks this month compared with September, according to research by Susquehanna Financial Group. That lag, while the longest wait time since the firm began tracking the data in 2017, contracted significantly for some types of semiconductors.

Power management and optoelectronic chips were easier to come by in October, while the wait for microcontrollers — particularly those used by automakers — lengthened by as much as six weeks, according to the research. 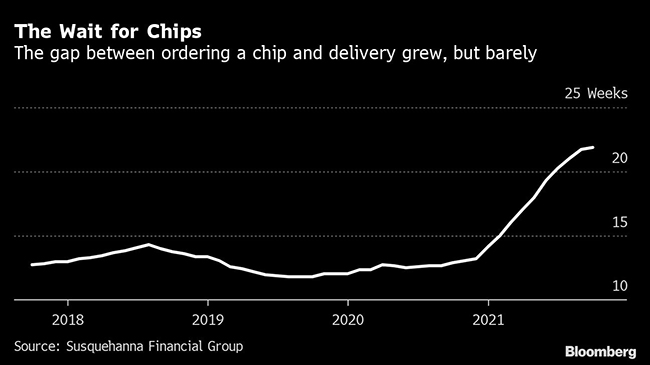 The gap between orders and delivery also has begun to vary more widely depending on the company. Broadcom Inc.’s lead times are “well off highs” as its situation improves, according to Susquehanna analyst Chris Rolland. But Texas Instruments Inc., Infineon Technologies AG and Microchip Technology Inc. are telling their customers they’ll have to wait longer.

“While some product categories may be loosening, checks with distributors still suggest supply pressure will remain into 2022 for power management” and other products, he said. That includes so-called discrete chips, Wi-Fi modules, microcontrollers and auto networking products.

The big question is whether October is the peak of the delays — something that’s hard to pinpoint, Rolland said.

“While our data does not confirm the top of the semi cycle, and this data has had some false positives in the past, we believe the slowdown is notable,” he said.

Semiconductor shortages have hampered recovery from the COVID-19 pandemic, particularly for carmakers. AlixPartners, a global consulting firm, estimated that the global automotive industry will lose more than $200 billion in sales this year.

Chip investors, meanwhile, are already looking ahead — with trepidation — to the industry’s next glut. In the past, lengthening lead times have been followed by painful periods of oversupply. The concern is that customers are purchasing more than they need right now — so-called double ordering — and then will later cancel the requests.

For now, the shortages have been a boon to many chipmakers. The Philadelphia Stock Exchange Semiconductor Index is up 22% this year, in line with the S&P 500 Index.

Chip Shortage Set to Worsen as COVID Rampages Through Malaysia