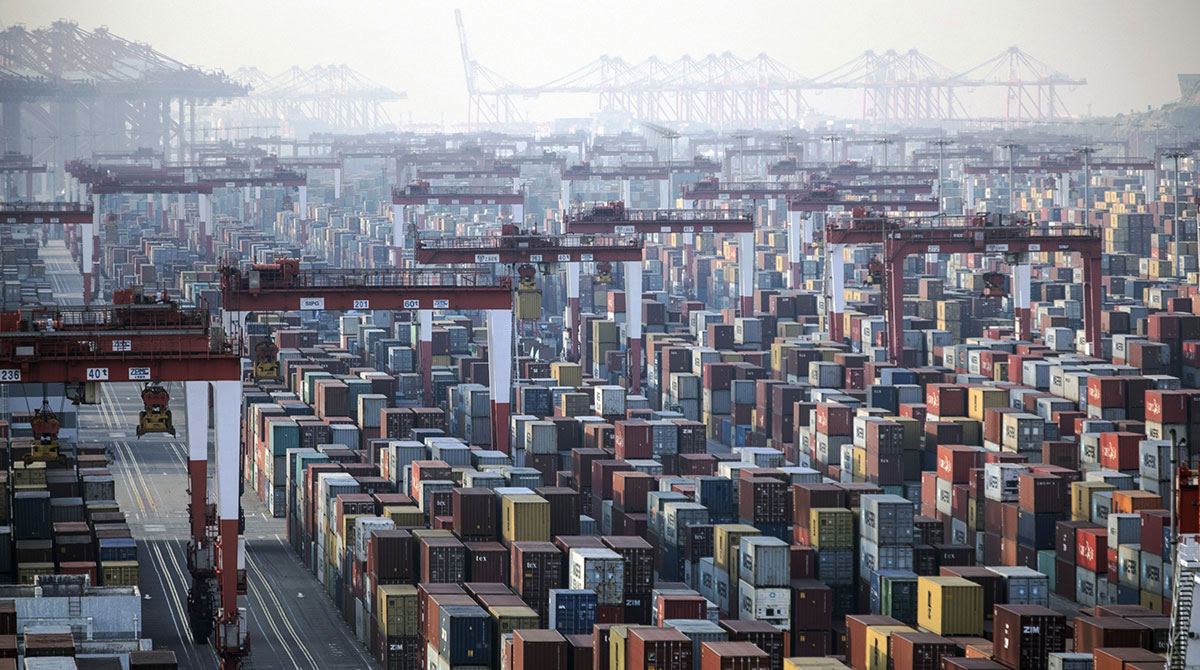 Shipping containers next to gantry cranes at the Yangshan Deepwater Port in Shanghai, China. (Qilai Shen/Bloomberg)

Beijing has applied to join an Asia-Pacific trade pact once pushed by the U.S. as a way to exclude China and solidify American dominance in the region.

China submitted the formal application letter to join the Comprehensive and Progressive Agreement for Trans-Pacific Partnership to New Zealand, according to a statement Sept. 16 in Beijing. Commerce Minister Wang Wentao had a follow-up call with his counterpart Damien O’Connor, as New Zealand is the depositary nation for the agreement.

The original deal was envisioned by the U.S. as an economic bloc to counterbalance China’s growing power, with then-President Barack Obama saying in 2016 that the U.S., not China, should write the regional rules of trade. His successor Donald Trump pulled out of the deal in 2017, with Japan leading the revised and renamed pact to a successful conclusion the following year.

The application is the result of months of behind-the-scenes discussions after President Xi Jinping said the nation was interested in joining in 2020. China is the second country to apply to join the 11-nation deal, after the U.K. asked to become a member earlier this year.