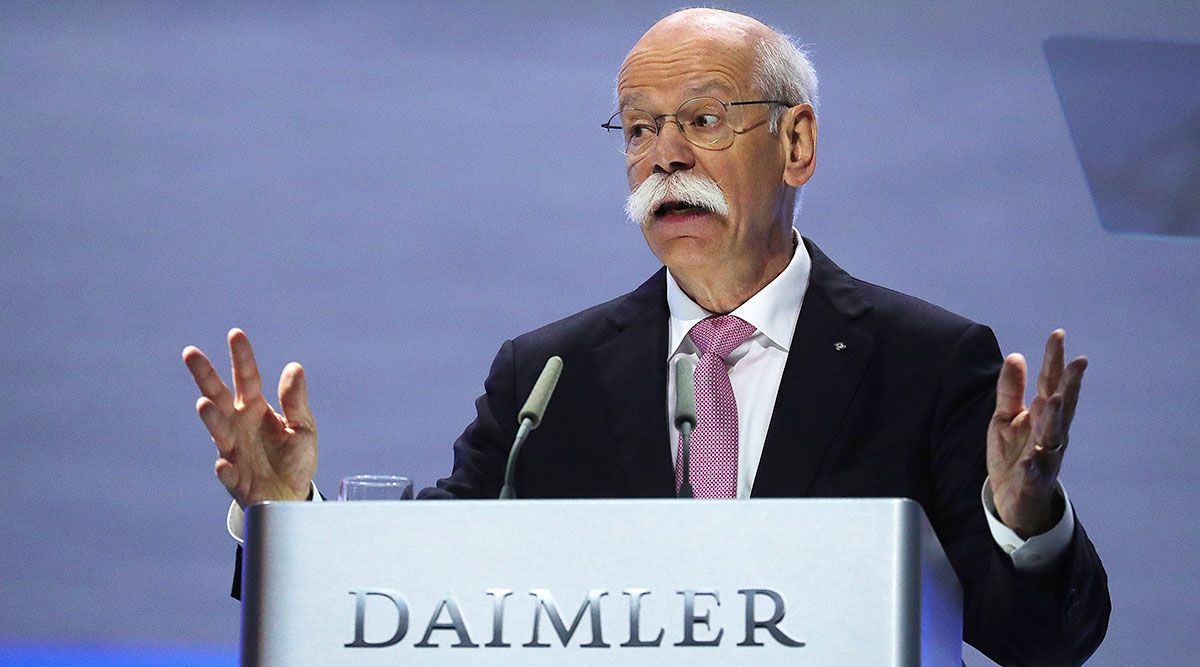 Bidding farewell to the company he led for more than a decade, Daimler AG’s CEO urged sweeping cost cuts to prepare the carmaker for unprecedented industry upheaval.

“Everything is under scrutiny,” Dieter Zetsche said May 22 at the annual shareholder meeting in Berlin, citing costs, investments and the Mercedes-Benz maker’s product range. “We cannot and will not be satisfied with the current level of profitability.”

Zetsche, 66, and Chief Financial Officer Bodo Uebber, 59, who also is leaving, turned Daimler from an industrial conglomerate that included holdings in aviation into a company focused on upscale passenger cars and commercial vehicles. Among their key decisions was selling Chrysler to Cerberus Capital Management in 2007 before the financial crisis pushed the U.S. mass-market manufacturer into bankruptcy.

After the ill-fated merger with Chrysler, the duo shepherded the restructuring of Mercedes-Benz after quality woes dented sales. This included axing thousands of jobs, shaking up design and expanding the brand’s compact-car offerings, culminating in winning back the global luxury-car crown from BMW AG in 2016.

With the closing of the Annual Meeting, Ola Källenius is designated to take over as CEO of #Daimler from Dieter #Zetsche. pic.twitter.com/avrvb5EkEc — Daimler AG (@Daimler) May 22, 2019

Zetsche and Uebber received applause for their farewell remarks from some 6,000 shareholders who were gathered to show their support despite eroding earnings in recent quarters and a weak start to the year. “We are not satisfied with the latest quarterly results and our share price,” Zetsche said.

Archrival — and now partner on car sharing and autonomous cars — BMW AG published a clip on Twitter thanking Zetsche “for so many years of inspiring competition.” In the tongue-in-cheek film, a lookalike Zetsche leaves the Daimler headquarters to be driven home where, once left to his own devices, he hops into a BMW i8 sports car.

Zetsche will hand the wheel to Ola Kallenius, 49, when the gathering concludes. Kallenius will face the difficult task of how to allocate shrinking profits and find savings to finance the shift toward electric cars and digital services with a payoff that might be years away.

The Swedish-born executive gave a first glimpse on his strategy last week, pledging to make Daimler greener. The manufacturer that generates the vast majority of profits with hulking SUVs and sedans expects more than half of global deliveries to be fully electric or plug-in hybrid cars in 2030 and plans to make its entire model lineup carbon-neutral by 2039. 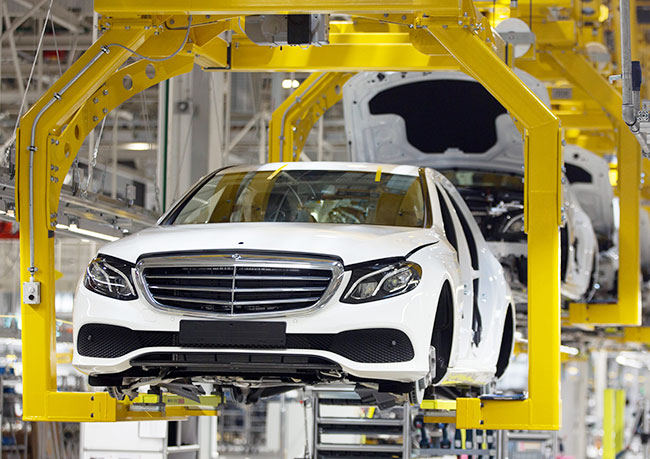 Daimler’s target remains to return the main Mercedes-Benz Cars unit back to a “profitability corridor” of 8-10% by 2021, the Stuttgart-based manufacturer said. At the heavy trucks and bus divisions, the goal is to achieve a sustainable return of 8%. Zetsche told reporters this month the onus is on automakers to show they can generate adequate profit margins from electric cars to lift stock valuations, which have been squeezed as investors deem traditional manufacturers ill-prepared to adopt to the looming industry changes.

Mercedes-Benz will roll out 130 electric and hybrid models across the entire product range by 2022, Zetsche said, cautioning that “the mobility of the future is not a monoculture.”

Diesel technology that offers lower carbon dioxide emissions than comparable gasoline engines “will continue to play an important role in Europe for at least another decade — maybe even longer in the commercial vehicle area,” he said.

Adding to headwinds are swirling trade woes that threaten vehicle exports as well as stricter emission limits in key markets. Tighter rules on carbon emissions that take effect in Europe next year mark the biggest hurdle. “I have never seen such a material event risk in my career,” Evercore ISI analyst Arndt Ellinghorst said in a note last week.

Daimler also is wrestling with pending probes into its diesel-car emissions and a recall imposed by German authorities. Its U.S. litigation risk related on diesel cars may exceed $4 billion, according to Bloomberg estimates.