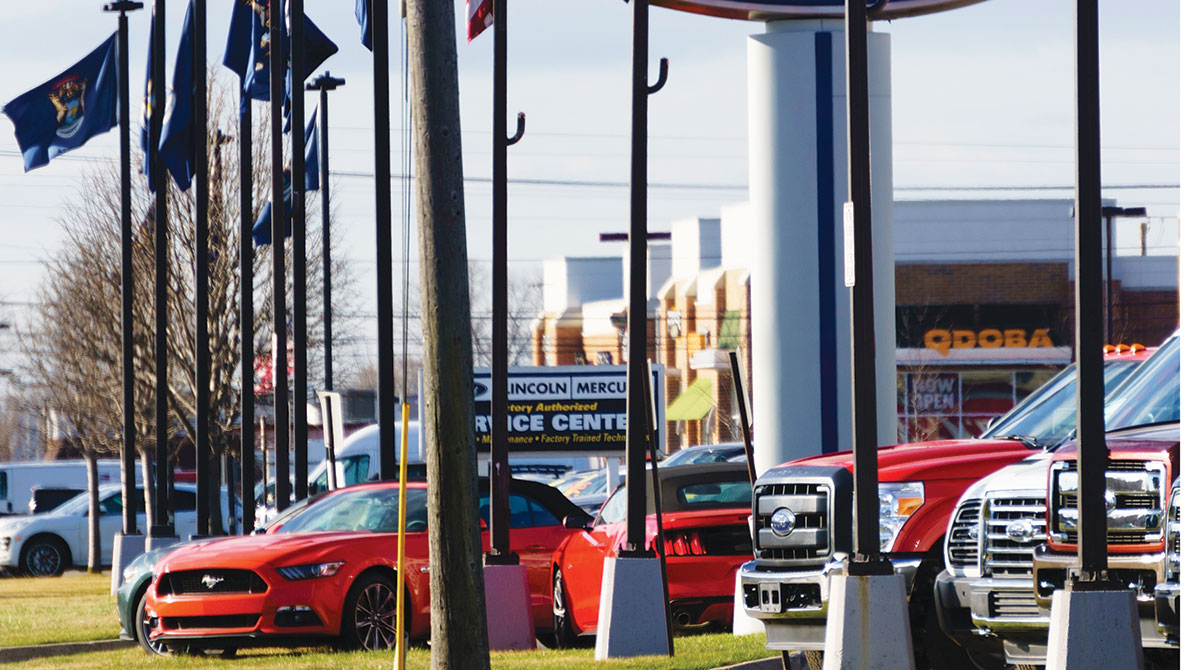 Soumya Rangarajan wanted her next car to be electric. She placed an order for a Volkswagen ID.4, but after six months of waiting to get her hands on the sport-utility vehicle, she gave up. She decided to buy out the lease on her gas-powered Ford Escape instead.

“I would still like to get an electric vehicle, but I’m buying out my Escape because I need something to drive,” said Rangarajan, who works as a hospital doctor in Ann Arbor, Mich. “I just don’t know how long this holdup is going to be.”

Automakers don’t know either. After sounding an optimistic note in the first half of the year as soaring car prices padded their profits, auto executives have become more resigned to supply chain headaches after recent COVID-19 outbreaks in Malaysia hampered semiconductor production. That has in turn drained vehicle inventory, pushing up prices on both new and used cars.

With dwindling inventory over the last three months, U.S. auto sales have taken a sharp turn for the worse. 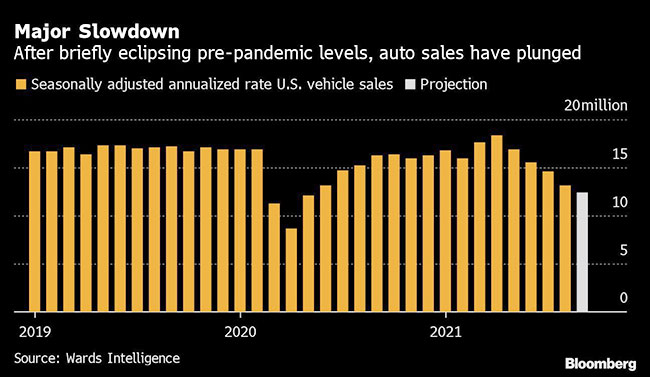 Carmakers likely sold about 12.3 million new vehicles at a seasonally adjusted annualized rate in September, down 25% from a year ago, according to an average of six market researcher forecasts. That’s lower than August’s 13.1 million pace, and downright whiplash from the near-record annual rate of 18.3 million in April, buoyed by a fresh supply of chips.

U.S. car dealers had just 17 days worth of new-car inventory on their lots in September, compared with 42 days a year ago, according to market researcher TrueCar. The average September inventory from 2015 to 2019 was 64 days, according to Wards.

Most carmakers will report their latest U.S. sales numbers for the latest quarter Oct. 1. Ford Motor Co. and Tesla Inc., which only posts global sales, are expected to follow suit as soon as the next day.

General Motors Co., which idled key truck plants in September, likely took the biggest sales hit among major automakers. Deliveries may have dropped as much as 58% this month from a year ago, according to Joe Spak, an analyst at RBC Capital Markets.

While Detroit automakers have generally fared worse than their Asian counterparts in the chip crisis, Toyota Motor Corp., Honda Motor Co. and Nissan Motor Co. also struggled with supply constraints and shutdowns this month, Spak wrote in a Sept. 23 note.

The bottlenecks extend beyond chips. Rubber, electrical parts and components are scarce; there’s a labor shortage and shipping logjams too, said Stoddard.

“The whole supply chain is just breaking apart because manufacturers can’t keep up with overall demand,” he said.

The lack of new vehicles is affecting the used-car market, too. The average used-vehicle price touched a record $25,829 at the end of August, a 34% jump from the comparable pre-pandemic period in 2019, according to Cox Automotive. Used-car sales also have slowed because of lack of supply, according to Cox’s senior economist Charlie Chesbrough.

Carlos Hidalgo Jr., general manager of a Chrysler, Dodge and Jeep Ram dealership across the bay from San Francisco, said he paid a customer $2,000 more than the lease value to buy back a 2018 Jeep Grand Cherokee this week.

“It’s a better way to source vehicles, because if we go to auction, we have to pay through the roof,” he said.

The dealership in San Leandro, Calif., is clean out of new models like hybrid Pacifica minivans, plug-in hybrid Jeep Wranglers, and Dodge Charger Scat Packs — popular muscle cars that pack a 485-horsepower Hemi engine. Hidalgo’s father, who owns the dealership and shares his name, said nine out of 10 customers are opting to buy out their lease rather than trade it in for a new car.

Automakers and dealers are pulling out all the stops to sell the few cars they have left. Robert Loehr, who owns a dealership in Cartersville, Ga., just delivered a Ram 1500 pickup to a customer in Biloxi, Miss., who had found him online. Stellantis NV, which owns the Ram brand, is building Ram trucks without certain chip-dependent features like blind-spot detection that are supposed to come standard, and then offering a discount to customers as compensation, he said.

“It costs me much less from a floor plan and insurance perspective to house and maintain 60 cars than it does 350 cars,” he said. “So I don’t have to make as much per car, and I’ll make more money at the end of the day.”

While many dealers are still making a tidy profit on tight inventory, the dramatic drop in sales volumes will likely hurt automakers’ third-quarter earnings. GM already signaled as much in August with a full-year outlook that disappointed investors.

“I don’t think that means everybody’s going to start losing money right away,” said Stoddard. “But if this doesn’t start to improve next year, than it’ll start to catch up with them.”