Mark Wallace, chief of staff at Canadian Pacific Railway Ltd., was put on a paid leave of absence on Jan. 27, prompting more speculation that Wallace and outgoing CEO Hunter Harrison will attempt to take over the reins at rival railroad CSX Corp. through private investor Paul Hilal of Mantle Ridge.

The agreement, filed with the Securities and Exchange Commission, runs until either March 31 or his resignation from the Class I railroad. Should Wallace not resign, Canadian Pacific would then put him on unpaid leave from April 1 until May 31.

“If Mr. Wallace has not voluntarily resigned from the company on or prior to May 31, 2017, the agreement provides that the company and Mr. Wallace agree to engage in good faith negotiations regarding a senior management position for Mr. Wallace’s continued employment at the company, beginning on June 1, 2017,” according to the 8-K document. “However, if an agreement is not reached, Mr. Wallace will tender his resignation effective as of May 31, 2017.” 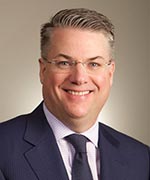 In a different separation agreement, Canadian Pacific forbade Hunter Harrison to assume control at BNSF, Kansas City Southern and Union Pacific for up to 36 months but didn’t include CSX or Norfolk Southern. The deal also prohibited Harrison from soliciting any Canadian Pacific employees above manager, except for Wallace.

“While nothing official has surfaced to confirm that Hunter Harrison will be instated at CSX, enough evidence exists in our view to suggest that the likelihood is high, and we think it increasingly likely that this comes in a friendly manner,” RBC Capital Management analyst Walter Spracklin wrote in a note to clients.

If the railroad company resisted the overture to replace current CEO Michael Ward, who plans to retire in 2019, Hilal could be forced to nominate candidates for the board of directors before the Feb. 10 deadline, analysts have said.