‘Canada’ Is Becoming a Dirty Word in the Oil Patch 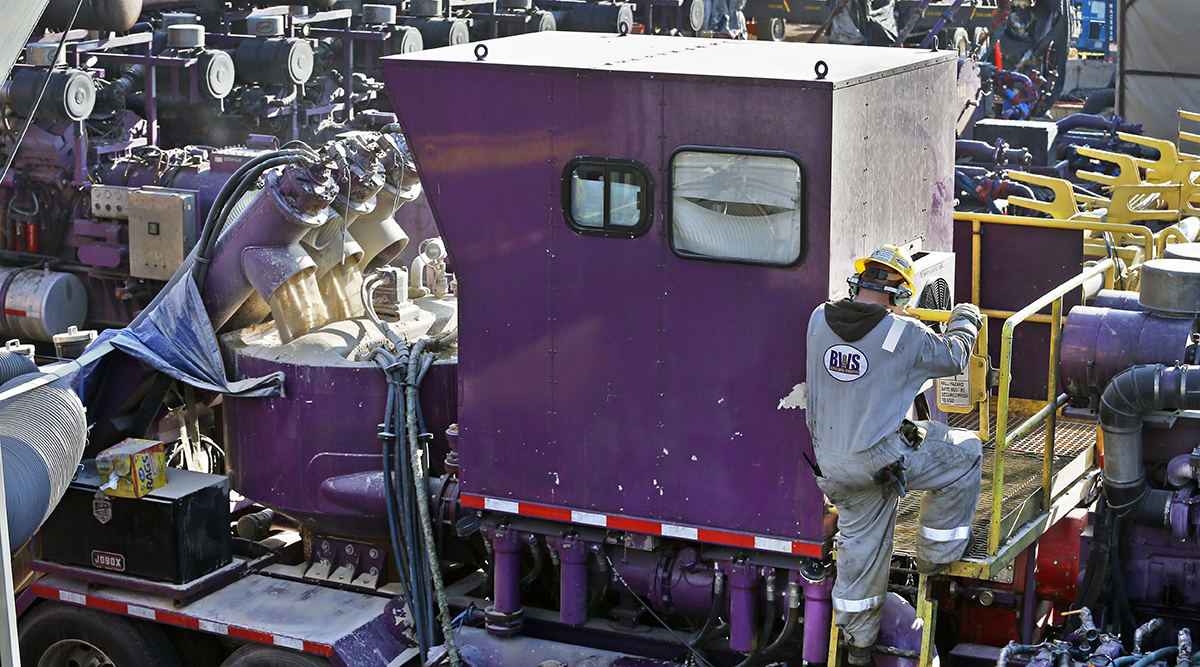 A worker climbs down a from a machine that mixes sand and water before it is pumped underground during a hydraulic fracturing operation at an Encana Corp. well pad near Mead, Colo., on March 25, 2014. (Associated Press/Brennan Linsley)

Canada’s beleaguered energy sector suffered another morale blow as Encana Corp. — one of its marquee companies that was born out of the 19th-century railway boom — announced plans to move its headquarters to the U.S. and drop the link to Canada from its name.

The Calgary-based company said Oct. 31 it will establish a corporate domicile in the U.S. early next year, pending various approvals, and rebrand under the name Ovintiv Inc. The shares fell as much as 9.3% in Toronto, the biggest drop in a year.

The move is likely to intensify the gloom already hanging over the Canadian energy industry, which has suffered from a lack of pipeline space that has choked off prospects for growth, prompting foreign companies to ditch more than $30 billion of assets in the past three years. Encana joins pipeline owner TransCanada Corp., which changed its name to TC Energy Corp. earlier this year.

“Canada is no longer viewed as a world-class destination for capital, both generally and specifically for oil and gas,” Mac Van Wielingen, founder and partner of ARC Financial Corp., a Calgary-based private equity firm focused on the Canadian energy industry, said in an interview. “There’s a whole combination of factors at work that are really working against Canada.”

Investor confidence in the sector has been eroded by the cancellation of the Northern Gateway crude oil pipeline in 2016 as well as new laws passed in recent years that may make it harder to build new energy infrastructure projects and which ban some shipments of crude from Canada’s Pacific Coast, Wielingen said. In recent years, ConocoPhillips, Royal Dutch Shell Plc and Marathon Oil Corp. have sold major Canadian assets and redeployed the proceeds in other countries.

For Encana, the move is a logical shift since Doug Suttles, a Texan, took over as chief executive officer in 2013. Suttles soon set about selling Canadian assets and building a major position in the U.S. through the purchase of Permian driller Athlon Energy and the acquisition of Freeport-McMoRan Inc.’s Eagle Ford shale assets. The company moved into the Scoop and Stack shale fields in Oklahoma, the Bakken region of North Dakota and the Uinta play in Utah with its purchase of Newfield Exploration, which closed in February.

Encana now gets about 80% of its production from U.S. plays and invests a roughly equal portion of its capital spending in them. 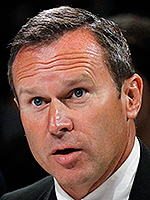 Suttles himself has already left Canada, moving to Denver in March of last year. In November, he said he envisioned Encana as a “headquarterless” company. Last quarter, he lamented on the company’s earnings conference call that Encana shares hadn’t yet achieved the valuation worthy of a “premium” exploration and development company.

Encana said the U.S. move will expose it to larger pools of investment including American index funds and passively managed accounts, and better align the company with U.S. peers. Less than 10% of Encana’s stock is owned by passive accounts, less than the 30% average for its U.S. peers, executives said on a conference call.

Suttles said no job cuts are planned, and there won’t be any decrease in Canadian investment.

Encana’s “exciting and engaging” new name isn’t meant to denigrate Canada or its policies and politics, he added, and that the recent federal election, in which the pro-energy Conservative Party failed to unseat Prime Minister Justin Trudeau, wasn’t a factor in the move.

“We don’t want people to see this as some negative reflection on Canada,” Suttles said in an interview with BNN Bloomberg television.

Encana traces its Canadian roots back to the late 1800s, when the Canadian Pacific Railway accidentally discovered natural gas while drilling a water well for workers. The company was eventually spun out from Canadian Pacific and took the name Encana in 2002. Encana then spun off its oil sands business into Cenovus Energy Inc. in 2009.

Both stocks have underperformed since then, with Encana down about 78% including dividends, while Cenovus has dropped 48%. Canada’s benchmark stock gauge has doubled in the same period.

As part of the corporate shift, shareholders will get one common share of Ovintiv for every five shares of Encana. The move needs the support of two-thirds of votes cast at a shareholders meeting early next year.

Separately, Encana reported third-quarter adjusted operating earnings that were in line with estimates. The company raised its 2019 production outlook while maintaining its capital spending guidance and said Permian output rose to a quarterly record while Anadarko production climbed 13% from a year earlier.

ARC’s Van Wielingen declined to speculate on whether other companies may follow Encana’s lead and decamp from Canada, but noted that investors already are asking the country’s remaining large producers some tough questions.

“Some of the ones that are left are under a lot of pressure, trying to justify their existence to their shareholders and their commitment to Canada,” Van Wielingen said.