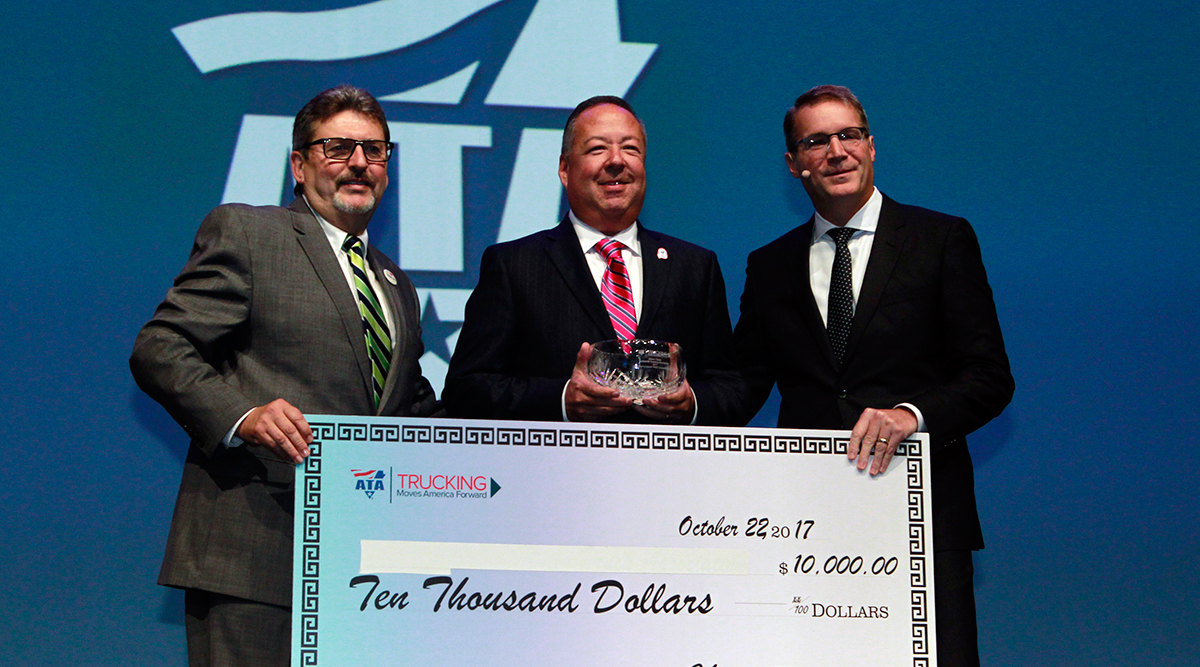 “Shawn has shown a desire to better his association and the trucking industry through his work,” said ATA President and CEO Chris Spear. “His efforts in the state of California have been an example for state association executives across the country to follow, and we are proud to present him this award.”

Spear said that when Yadon became CTA president in 2014 the organization was in decline, losing influence in the state legislature and experiencing a drop in membership. Yadon built on a hardcore group of members and a dedicated staff to put CTA on the road to recovery, Spear said.

“He has set the bar high for his state association and is an example of how to represent the ATA and trucking industry well,” said ATA Chairman Kevin Burch, president of Jet Express Inc.

The President’s TAEC Leadership Award was created in 2002 by ATA to honor a state trucking association leader. The award comes with a $10,000 grant for a nonprofit trucking education or research organization chosen by Yadon.

“In the short time Shawn has been at CTA, he has been a great partner for other state executives and a dependable asset for the wider trucking industry,” said TAEC President Kendra Hems, president of the Trucking Association of New York. “The entire state trucking association community is thrilled to recognize Shawn with the award and it is a pleasure to have him as a peer in the industry.”

Prior to joining CTA, Shawn served eight years at Copart Inc. as vice president of corporate affairs, and before that six years leading E*Trade’s state government affairs efforts. Prior to that he spent 19 years with FedEx Corp., including his last 11 years as the company’s chief government affairs representative in the western United States.