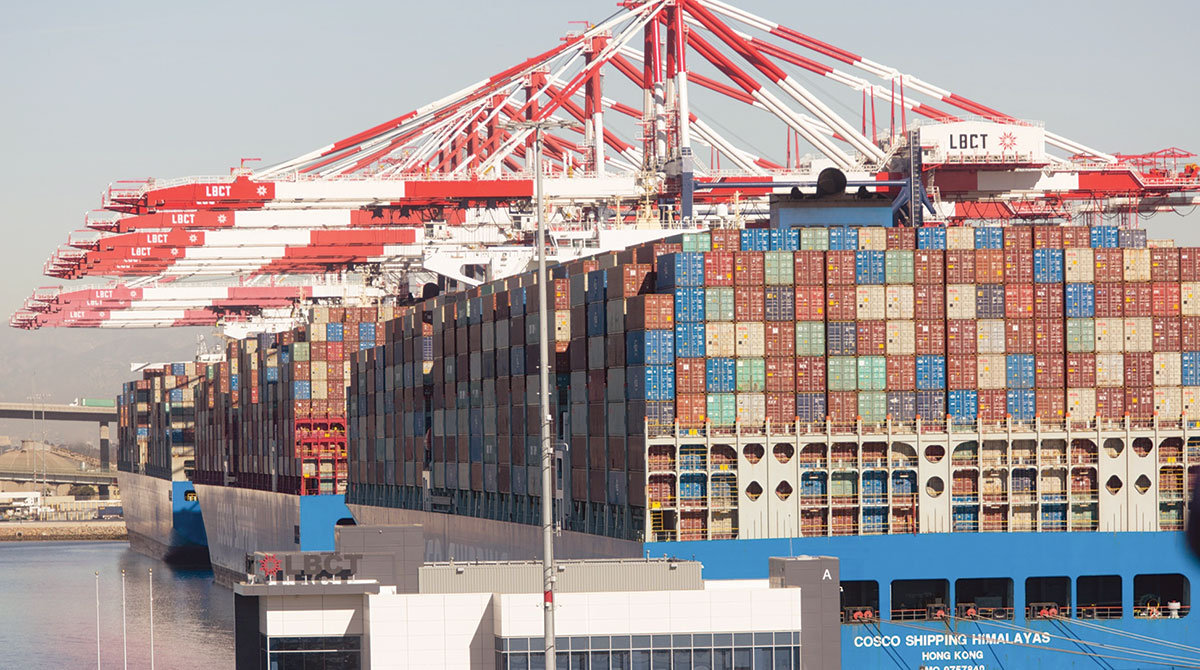 The Port of Long Beach by Allison Zaucha/Bloomberg News

The Port of Long Beach, and the adjacent Los Angeles port, together handle 40% of U.S. container imports. Over the past several years, supply chain chaos, record-breaking trade volumes and the pandemic-fueled boom in e-commerce have highlighted weaknesses in the ports’ infrastructure — including its contribution to the region’s poor air quality, which ranks among the worst in the U.S.

“There are a lot of jobs tied to the port, clearly, but the impact on the pollution side is real,” Garcia said in an interview at Bloomberg’s Los Angeles bureau. “They want to know when we talk about ports growing — when we talk about Long Beach — that it has to grow in a way that’s headed toward zero-emission growth.”

Garcia said efforts are underway to cut emissions from the thousands of mostly diesel-powered trucks that operate in and around the ports, hauling cargo off the docks to distribution centers and warehouses.

In April, cargo owners began paying a new fee averaging about $10 to $20 per load that goes to a Clean Truck Fund, helping subsidize the move toward zero-emission fleets. While the investments mark a step toward electrifying cargo transport, those efforts must also co-exist with plans to expand charging-station infrastructure, especially to give options to truck drivers on longer-haul routes, said Garcia.

In another initiative, the Port of Long Beach is due to begin next year a project to connect the port’s terminals to trains, which is billed as a more efficient and cleaner alternative to the trucks that are now used.

“It makes zero sense to add more diesel and dirty trucks onto the freeways,” he said.

Garcia, a two-term Democratic mayor who is running for a House seat in the November midterms, said he would use his position in Congress to fight for changes to federal maritime laws to rein in highly polluting cargo vessels. Research cited by the American Lung Association shows that ships’ pollution levels from a 20% increase in cargo volume at the Los Angeles and Long Beach hub over nine months in 2021 were equivalent to the emissions that would spew from 5.8 million cars and 100,000 diesel trucks.

There’s already evidence of communities putting industrial initiatives on hold. Some city councils in the Inland Empire — a warehousing and logistics mecca located southeast of Los Angeles — are placing moratoriums on new industrial developments to more closely examine the impact they’re having on the community.

“We should not fear this focus on sustainability and fear losing cargo because we are trying to take care of our communities,” Garcia said. “If it means we’re going to be green and have cleaner air, and do right by the community — and that causes us to lose some cargo to other ports — I’m OK with that. It can’t come at the cost of people’s lives.”