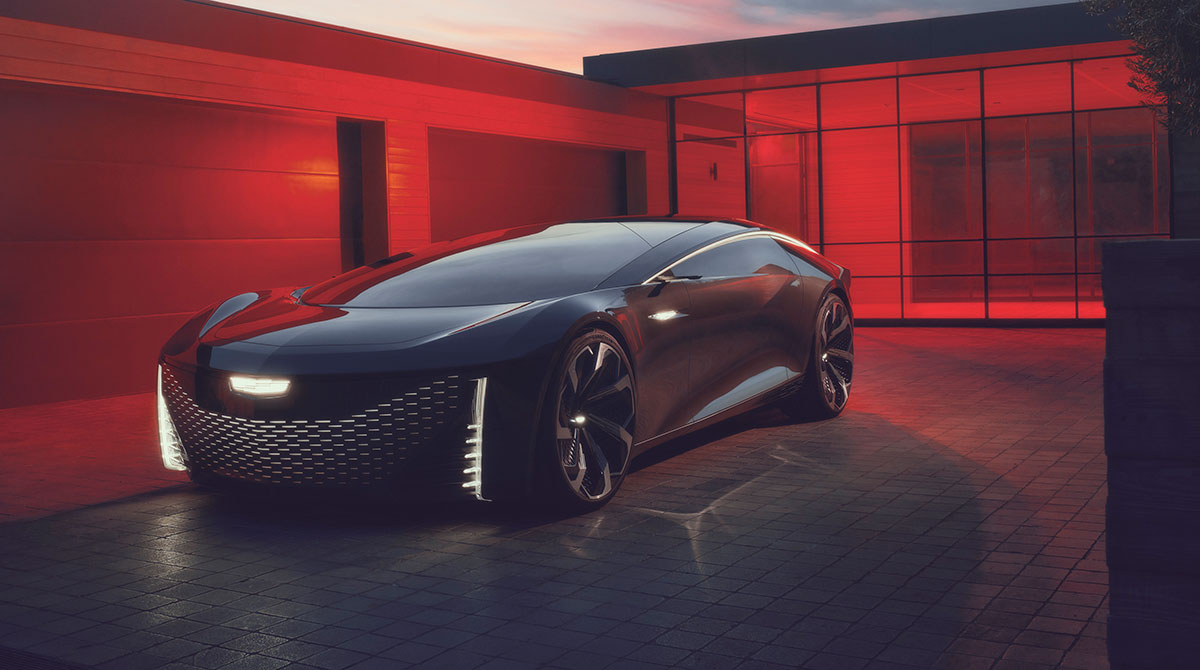 The concept grows the Cadillac Halo Concept Portfolio of vehicles that offer autonomous and advanced connected features. General Motors Co.’s luxury brand revealed two other Halo Concepts at CES in 2021: the PersonalSpace, a single-seat vertical takeoff and landing concept that moves its passenger above ground traffic, and the SocialSpace, a self-driving vehicle for up to six.

They joined the InnerSpace in GM’s virtual CES booth, along with a video glimpse of another future luxury concept called the OpenSpace, which will be introduced later, Cadillac said in a press release.

“The vehicles of the Cadillac Halo Concept Portfolio are designed to provide effortless travel through extraordinary means,” said Bryan Nesbitt, GM executive director of global advanced design and global architecture studio, in a statement. “They are visions for the next decade and beyond, showing the possibilities enabled by General Motors’ comprehensive approach to autonomous drive technology with the goal of a world with zero crashes, zero emissions and zero congestion.”

The InnerSpace has a panoramic display where passengers can decide between using an augmented reality stream, entertainment or “wellness recovery themes.”

InnerSpace has panoramic glass on the roof and part of the body sides. Its roof opens with the doors and the seats also pivot outward when the doors are opened, for easier entry and exit.