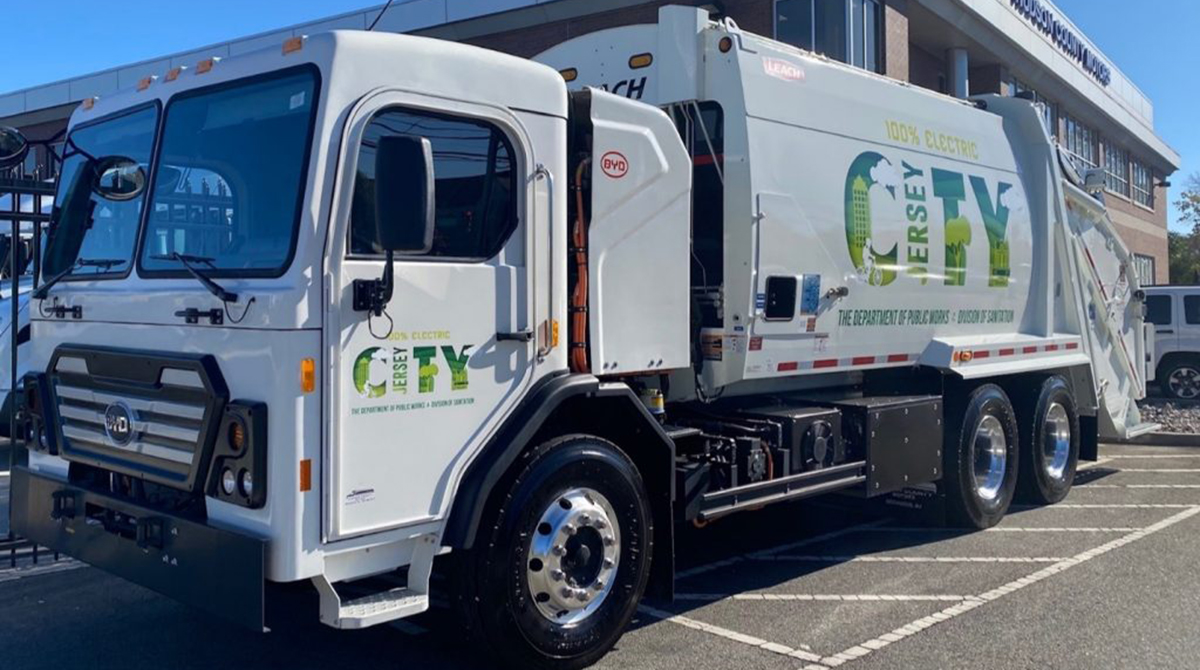 One of the trucks in Jersey City, where it will be deployed. (BYD)

Electric truck maker BYD Motors announced it will deliver five of its battery-electric refuse trucks to New Jersey, in what it said was the first such deployment in that state.

The BYD electric refuse trucks have begun to be delivered to Jersey City, N.J., with the balance by the end of the year, BYD noted.