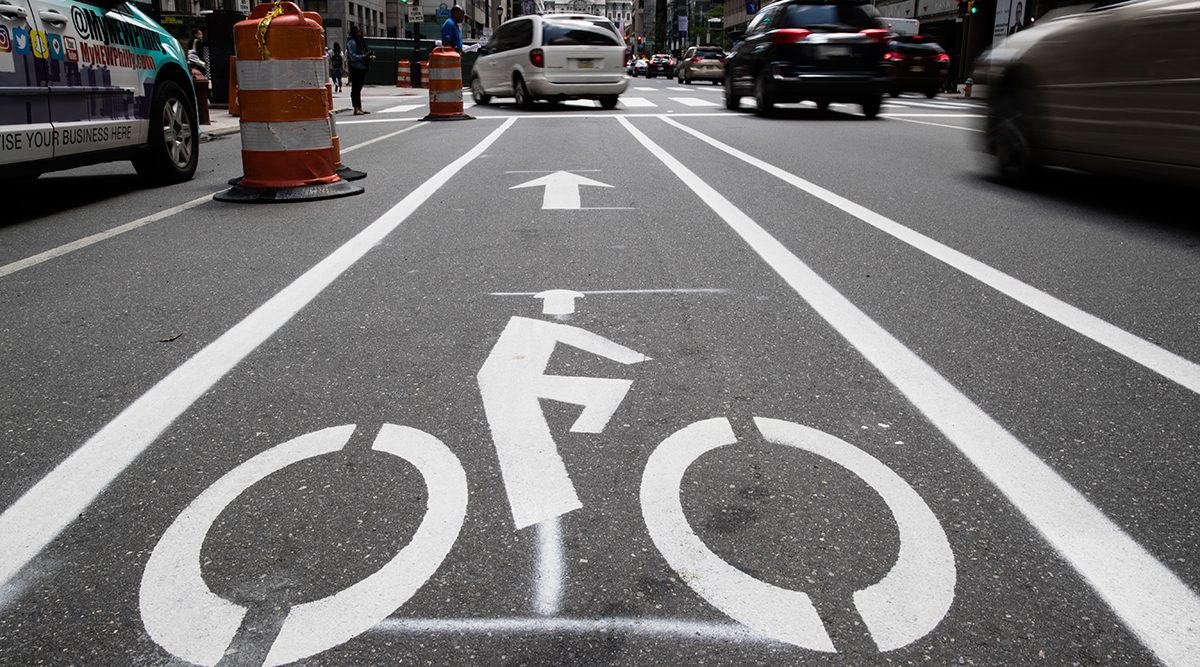 WASHINGTON — The federal government has a fresh warning to states seeking billions of dollars from President Joe Biden’s infrastructure law to widen roads: Protect the safety of pedestrians and bicyclists or risk losing funds.

In a new report submitted to Congress and obtained by the Associated Press, the Department of Transportation says it will aim to prioritize the safety and health of the multiple users of a typical 21st century roadway, from riders of public transit and electric scooters to Uber rideshare pickups and people delivering goods. Projects such as bike paths and traffic roundabouts, enhanced sidewalks, pedestrian pathways to bus stops and transit lanes will be favored in the distribution of funds.

In doing so, the department led by Transportation Secretary Pete Buttigieg seeks to change a longtime focus by the states to direct federal money toward adding lanes to relieve congestion and speed car flow — often at the expense of mostly nonwhite communities living next to the busy roadways.

“Safety is consistently DOT’s top priority,” according to the report, which was written in response to a request by the House a year ago to address record-high spikes in U.S. roadway deaths during the COVID-19 pandemic.

The report said the Federal Highway Administration’s adoption of the “Complete Streets” strategy, which is already followed by hundreds of communities, will “have a positive impact on the safety of all roadway users — reversing the trend of increasing fatal and serious injuries and creating a healthier, greener and more equitable surface transportation system.”

Approximately one-third of U.S. traffic fatalities are people who are outside of vehicles, such as motorcyclists and pedestrians. 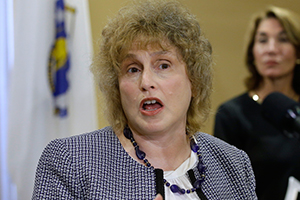 “A Complete Street is safe, and feels safe, for everyone using the street,” said Stephanie Pollack, the deputy head of the highway administration. “We can’t keep people safe on our roads if we don’t have safer roads and roads that slow down drivers to safe speeds. Through our Complete Streets initiative, FHWA will play a leadership role in providing an equitable and safe transportation network for travelers of all ages and abilities, including vulnerable road users and those from underserved communities that have faced historic disinvestment.”

The groundbreaking shift promises a boost to cities from Atlanta and Austin, Texas, to Nashville, Tenn., that have strained to raise money to build out green-friendly transit options, reduce fatalities by slowing traffic and stitch together communities racially divided by highways after states balked in providing funds for that purpose. In 2020, the latest data available, U.S. traffic fatalities for Black people jumped 23% compared with 7% overall. Lower-income Black residents are more likely to live next to pedestrian crash hot spots, according to the report, and during the pandemic were disproportionately represented among essential workers who continued to travel to work, often on public transit.

Still, the effort could add to tensions with Republican-led states and governors who bristle at the notion of giving up wide leeway to pick their road projects, with some casting the bipartisan law as a vehicle for Biden’s liberal causes. Others worry that rural areas could lose in the process.

“Americans expect new roads and real infrastructure needs to be addressed — not a vehicle for the administration’s woke agenda,” said Missouri Rep. Sam Graves, the top Republican on the House transportation committee.

In a letter to governors last month, Senate Minority Leader Mitch McConnell (R-Ky.) and Sen. Shelley Moore Capito (R-W.Va.), who were among 19 Republicans who voted in the 50-50 Senate to approve the infrastructure bill, criticized a December memo by the highway administration that urged states to use new funding to maintain and improve highways before adding lanes. McConnell and Capito said states should continue spending formula funding as they see fit to meet local needs.

Americans expect new roads and real infrastructure needs to be addressed — not a vehicle for the administration’s woke agenda.

“The law addresses infrastructure issues in a manner that reflects bipartisan input and consensus and avoids burdensome, prescriptive requirements,” they wrote. “Nothing in the (law) provides FHWA with the authority to dictate how states should use their federal formula funding, nor prioritizes public transit or bike paths over new roads and bridges.”

While the report to Congress does not have the force of law, the department points to potential legal authority under federal statutes to refocus money for up to 70% of the nation’s highways and does not rule out stronger efforts to push states into compliance. The department said March 2 that many cities’ proposed “cap and stitch” plans to build green spaces atop underground highways would likely be eligible for different pots of federal money. Buttigieg has cited a need to rectify a history of racist design in roadways.

The department’s report acknowledges challenges to ensuring that states build in roadway safety features, noting that data measuring their effectiveness on protecting non-motorists is limited. It pledged stronger oversight overall in its distribution of federal money.

Pollack, a hands-on manager who formerly led Massachusetts’ transportation agency under a Republican governor, has actively pushed federal roadway design standards. Last year, the FHWA temporarily halted Texas’ proposed expansion of I-45 in Houston over civil rights concerns, a rare assertion of federal power to investigate potential racial impacts. The agency has since lifted portions of that hold as it negotiates a resolution with the state that seeks to limit economic and environmental harm to neighboring lower-income, Black and Latino communities.