Boeing Seeks US Aid Plus Help for Suppliers, Airlines 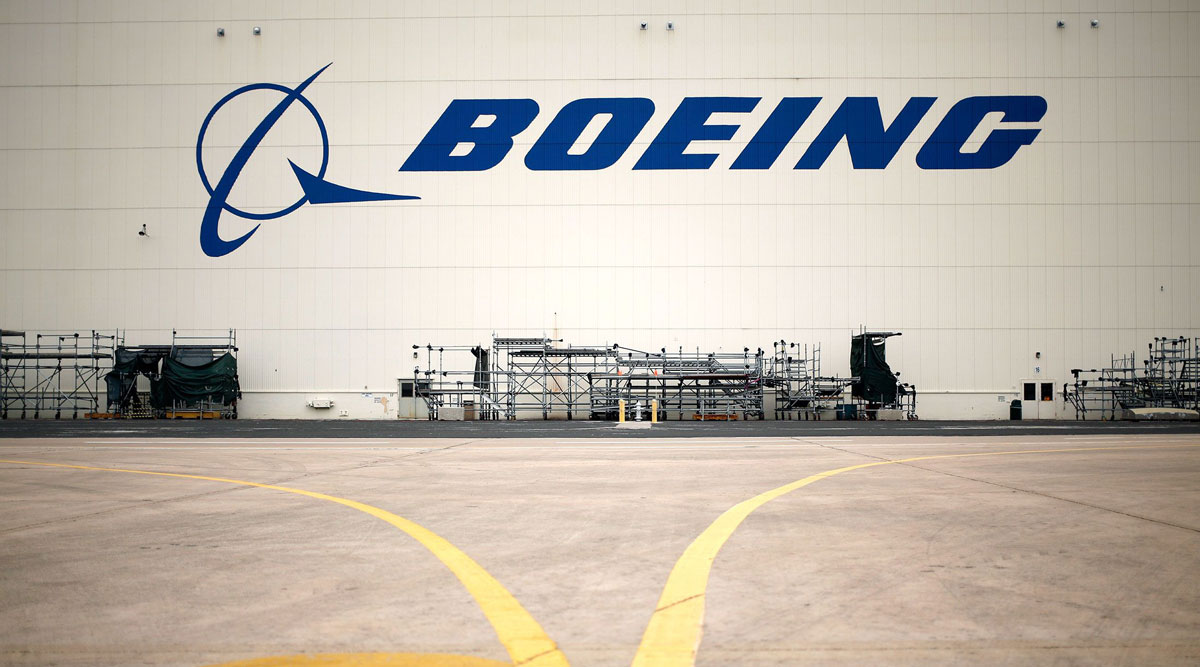 Boeing Co. has asked White House and congressional officials for short-term aid for itself, suppliers and airlines as the outlook for the travel industry worsens by the day because of the coronavirus outbreak, people familiar with the matter said.

The U.S. planemaker is seeking to avoid layoffs and damage to hundreds of smaller companies that make parts and systems for its aircraft, said the people, who asked not to be identified because the talks are private. Boeing also has been buffeted by the grounding of its best-selling 737 Max, which awaits regulatory clearance to resume flights after two deadly crashes.

Boeing, European rival Airbus SE and a constellation of suppliers are navigating the sharpest industry downturn since at least the 9/11 attacks as nations close borders and airlines ground fleets of aircraft. Airbus on March 17 said it would pause production and assembly at French and Spanish plants for the next four days to put in place health measures, including cleaning and self-distancing.

The aerospace sector faces “extreme disruptions” in the near term and possibly beyond, Bank of America Corp. analyst Ron Epstein said in a report to clients March 16.“In our view, global airline business models will be stressed, airlines will cut capex, growth plans will be slashed and there will be airline bankruptcies,” Epstein said. “The 737 Max program could be especially hard hit due to its own idiosyncratic circumstances.”

Boeing confirmed that “ongoing, positive discussions continue with government and industry leaders” — including in the Trump administration and Congress. Near-term access to public and private funds is key for the entire aerospace industry, which has a strong long-term outlook but an “urgent challenge” from the virus, the company said in a statement.

“Short-term access to public and private liquidity will be one of the most important ways for airlines, airports, suppliers and manufacturers to bridge to recovery,” Boeing said. “We appreciate how the administration and Congress are engaging with all elements of the aviation industry during this difficult time.”

The White House has been in touch with Boeing over the virus, a senior administration official said. President Donald Trump earlier said that the U.S. government would “back the airlines 100%” — a point he then emphasized in a tweet. A trade group, Airlines for America, said passenger carriers need $50 billion in aid, plus another $8 billion for air cargo companies.

Boeing dropped 9.6% to $117.12 at 9:55 a.m. in New York to its lowest intraday price since February 2016, after tumbling 24% March 16. The shares have lost more than half their value this year, making Boeing the biggest laggard on the Dow Jones Industrial Average.

S&P Global Ratings downgraded Boeing two notches to BBB, or two steps above junk. The ratings company predicted a free cash outflow of $11 billion to $12 billion this year followed by a weaker-than-expected recovery next year as a result of the prolonged 737 Max grounding.

“In addition, the significant reduction in global air travel due to the coronavirus will likely result in an increase in aircraft order deferrals, further pressuring cash flows,” the ratings company said.

Boeing and Airbus are marshaling resources and preparing contingency plans as the coronavirus pandemic wreaks havoc on global travel.

The Airbus move March 17 followed a further tightening of containment measures by France to limit the movement of people outside their homes.

“The company will also continue to maximize homeworking wherever possible,” Airbus said in a statement.

Bloomberg News reported earlier this month that Airbus was evaluating a cut to its annual target for jet deliveries as virus-shocked customers sought to delay handovers.

For Chicago-based Boeing, the planning also encompasses potential factory shutdowns. Production continues for now across the company and at a complex in Everett, Wash., which is contending with a virus outbreak.

Boeing said it is coordinating with government officials on the best course of action at the plant, which makes the 747, 767 and 777 jets, as well as 787 Dreamliners. About 36,000 people are employed at the 1,000-acre site, which includes engineering offices and a composite-wing factory.

The company has taken steps to bolster cash reserves, drawing down a $13.8 billion loan as a precaution amid tumultuous markets.

Whether Boeing will need to take additional measures, such as slashing the dividend, will depend on the length and severity of the outbreak — and the return of the Max after a grounding that already has surpassed the one-year mark.

“They have ample cash now. They have lots of uncertainties,” Carter Copeland of Melius Research, said of Boeing in an interview March 13. “They also have levers.”

A nightmare scenario for Boeing would be a slow recovery that upends the competitive balance with Airbus, said Richard Aboulafia, an aerospace analyst with Teal Group. So far, customers have been reluctant to ditch the 737 Max for the Airbus counterpart, the A320neo family, which is sold out through the mid-2020s.

In the worst case, he said, “Demand stays flat and gaps appear in Airbus’ production schedule and they can accommodate defectors.”