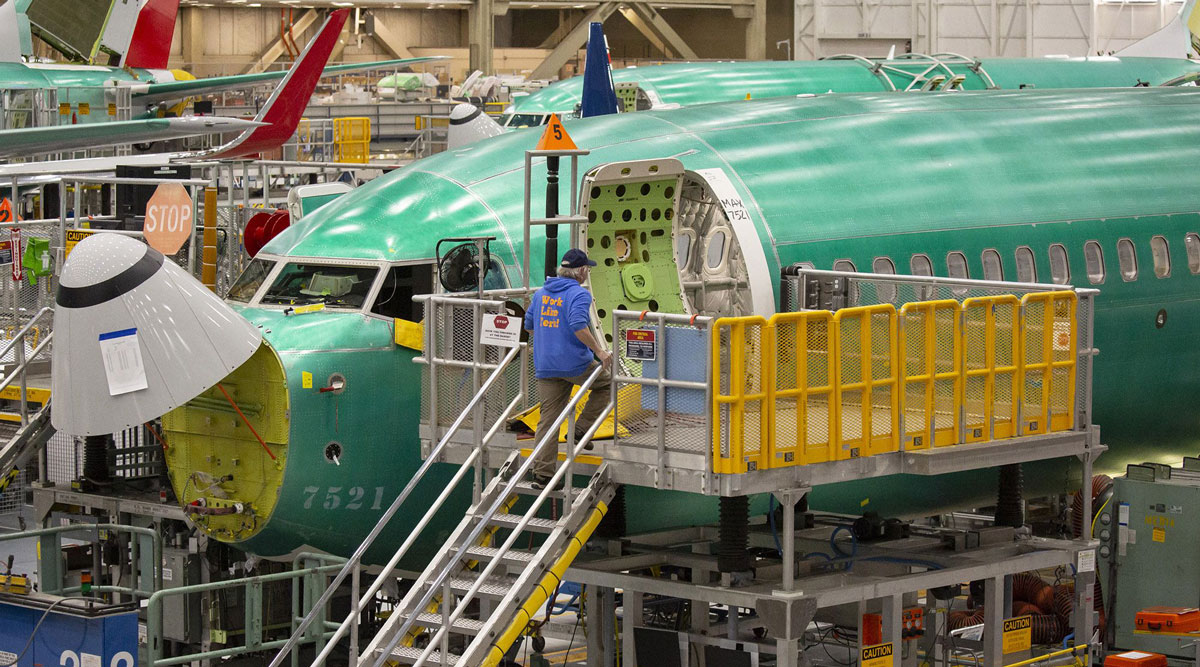 A Boeing 737 Max plane sits on the production line at the company's manufacturing facility in Renton, Wash., in 2019. (David Ryder/Bloomberg News)

Boeing Co. got a boost after CEO Dave Calhoun told Fox Business that the planemaker’s 737 Max assembly lines will rumble to life later this month.

The restart, flagged earlier this week by Boeing’s biggest supplier, will end a manufacturing shutdown that began in January amid a global grounding of the Max that began in March 2019 after two deadly crashes. The Max production pause sent a shudder through the U.S. economy as parts makers furloughed thousands of workers.

Boeing is resuming production of its best-selling jet in an even tougher environment, with the coronavirus pandemic spurring historic job losses and threatening a global recession. It’s still unclear when global regulators — self-isolating on different continents — will lift the flying ban. Boeing said last week that the plane could win certification in the third quarter.

“Documentation has taken longer than expected,” Calhoun said in the Fox Business interview May 8, while describing the lengthy review as constructive and thorough. “The airplane is in great shape.”

Key suppliers already have begun to build the hundreds of thousands of parts that go into each Max. Spirit AeroSystems Holdings Inc., which makes about 70% of the workhorse jet, is resuming work, CEO Tom Gentile said May 6.

Boeing is working toward a slow revival of its 737 factory in Renton, Wash., in the coming weeks, spokesman Doug Alder said recently.

While the east and west final assembly lines have been empty since the last Max rolled out in January, engineers and mechanics are using aircraft that were left on the center line as a lab to study how manufacturing can be streamlined and quality improved.