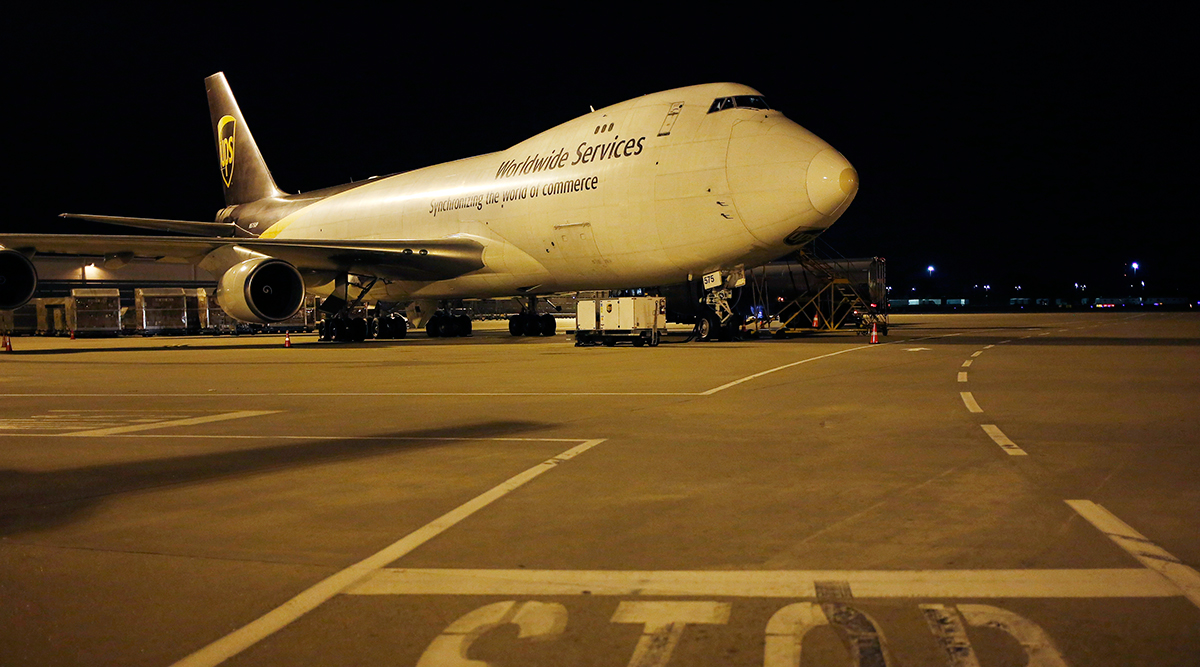 A funny thing happened to an older generation of Boeing Co. 747 jumbo jets on their way to dusty oblivion in desert parking lots.

Instead of being scrapped, the humpbacked planes are back in demand as workhorses of global shipping. Booming trade is stoking the need for big, long-range jets to haul time-sensitive goods, from Apple Inc. iPhones made in China to fresh flowers grown in Latin America.

Interest in Boeing’s 747-400 freighter family already was rebounding last year, even as Delta Air Lines Inc. and United Continental Holdings Inc. hosted nostalgic farewell tours to mark the end of U.S. passenger service on the four-engine behemoth nicknamed the “Queen of the Skies.” With Boeing’s factory-fresh models sold out through 2021, cargo carriers are snapping up jumbo freighters that were built from 1993 to 2009 — if they can find them.

“It’s tightened up, that’s for sure,” said William Flynn, CEO of Atlas Air Worldwide Holdings Inc., the world’s largest operator of jumbo freighters. The lessor is in the process of adding six 747-400 freighters to its fleet.

“There’s just a finite number of aircraft,” he said.

Demand is strongest for used 747s originally built as freighters, since they have hinged noses that flip open to load oversize cargo such as oil-drilling equipment. Lease rates have rebounded for the aircraft, while the number of stored models has shrunk to the point where almost every airworthy plane is spoken for, according to George Dimitroff, head of valuations for Flight Ascend Consultancy.

The resurgence is even starting to extend to cargo haulers converted from passenger jumbos, which are heavier and can load only via doors carved into the side. Once written off as dead, the converted 747 freighters have shown new life over the past nine months, Dimitroff said. While it’s not quite a comeback, lease rates have climbed for older models.

One sign of the renewed interest: “We’re seeing aircraft get D-checks that were in storage for a long time that we thought were going to be parted-out,” he said, using an industry term for heavy maintenance. The cost, typically more than $3 million a plane, is an indication they’ll fly again, instead of being chopped up.

To be sure, the revival involves a small subset of the 1,544 jumbos that have flown away from Boeing’s Seattle-area factory since the four-engine 747 debuted in 1970. There’s no sign of a similar resurgence for brand-new passenger versions of the 747-8, or Airbus SE’s A380 superjumbo.

A global trade war could snuff interest in the older freighters. So would a big increase in oil prices.

“If we get to $90 a barrel, it’s going to start getting really ugly for the four-engine aircraft again,” said Brian Postel, vice president for aircraft acquisition at Unical Aviation Inc., a San Bernardino, Calif.-based supplier of aircraft parts and maintenance. A U.S. benchmark exceeded $70 a barrel this month for the first time since 2014.

Still, the recent trend reverses the steady stream of 747s that had headed to boneyards this decade. Airlines switched long-range flying to more economical twin-engine models, and Boeing last year dropped the 747 from its long-term forecast for passenger planes. Package carriers parked early-build freighters amid whipsawing fuel prices and a prolonged air-cargo slump.

The total number of permanently retired or scrapped Boeing jumbos more than doubled, from 442 in 2010 to 890 this year, according to a Bloomberg Intelligence analysis of Flight Ascend data.

“Storage is your slow march to death,” Bloomberg Intelligence analyst George Ferguson said of the desert lots where old aircraft go to be raided for parts.

But starting in mid-2016, air shipments started to rebound slowly, and then in monthly leaps. UPS Inc. negotiated a freighter order that will keep Boeing’s 747-8 assembly line open into the next decade. Atlas Air started lining up 747-400 freighters for customers such as DHL Worldwide Express.

“That pays for a lot of fuel,” Unical’s Postel said.

While airfreight growth slowed in March, demand still is forecast to increase from 4% to 5% this year, according to the International Air Transport Association. That bodes well for all-new Boeing freighters, as well as for the used models.

Atlas Air, which has 10 of the planemaker’s latest cargo version in its fleet, “would like to acquire a few more 747-8,” CEO Flynn said. “We haven’t said when or how many, but it’s a great asset.”

The cargo comeback has enabled Boeing Capital Corp., the manufacturer’s financing arm, to shrink the amount of financing it had provided to help support 747-8 sales during the slump. As of the first quarter, the exposure had shrunk to $481 million, from $1.07 billion a year earlier, according to a federal filing.

“The return of the cargo market has been a factor, along with BCC’s expertise in placing wide-body airplanes,” Boeing spokeswoman Joanna Pickup said by e-mail.

There’s little chance the resurgence will extend the lives of those final Delta and United passenger 747-400 planes parked over the past year. Boeing no longer retrofits the planes to haul packages instead of people, makeovers that used to cost as much as $30 million.

One or two of the jumbos may wind up with a boutique lessor. The rest, more than likely, will be carved up into scrap metal and spare parts to help keep the freighters flying a decade or more, Postel said. His company purchased 77 aircraft to be parted-out over the past two years, including a half dozen 400s.

“The passenger ones will be gone,” he said of Boeing’s best-selling jumbo variant. “The freighters have a chance.”