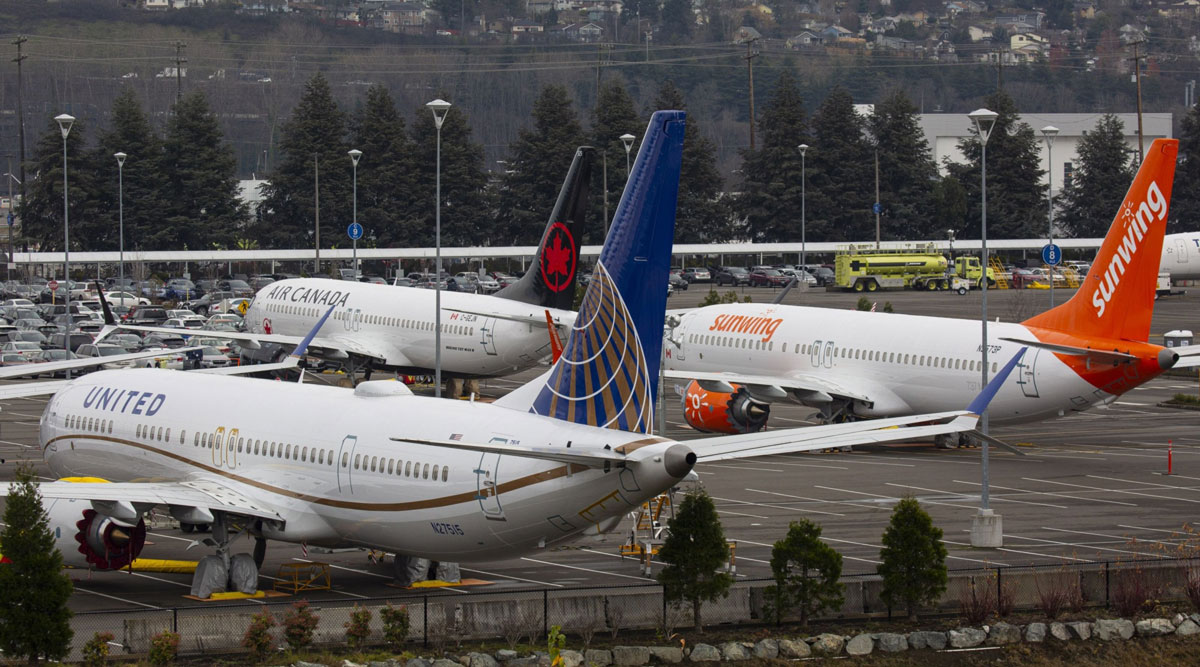 Grounded Boeing 737 Max planes are seen in a lot in Seattle in December 2019. (David Ryder/Bloomberg News)

Boeing Co. is inspecting more than 400 stored 737 Max jets after discovering debris such as tools or rags left in the fuel tanks of several newly built but undelivered aircraft.

The checks aren’t likely to create a new delay for the Max, which Boeing estimates will be cleared to fly by midyear, said a person familiar with the matter who asked not to be named as the matter is confidential. The company has been working with regulators to recertify the 737 Max and end a grounding that began almost a year ago after two fatal accidents killed 346 people.

The debris problem — a potential safety hazard — is another setback for Boeing as its new leaders work to reassure airlines, crew members and passengers of the company’s commitment to manufacturing quality and safety. Boeing has struggled with similar quality lapses in other aircraft, including KC-46 aerial refuelers supplied to the U.S. Air Force.

Foreign-object debris “is absolutely unacceptable. One escape is one too many,” Mark Jenks, a Boeing vice president and general manager of the 737 program, said in a message to employees that was viewed by Bloomberg.

The Chicago-based planemaker has held meetings with employees to share a new process for stopping debris from winding up in Max frames, Jenks said. The company, which has indefinitely halted Max production, plans to hold additional inspections, audits and checks in its “tank closure process” to ensure that nothing is left within fuel tanks, he added.

The Federal Aviation Administration said it had stepped up its supervision because of Boeing’s voluntary checks.

“The agency increased its surveillance based on initial inspection reports and will take further action based on the findings,” the FAA said in a statement.

Boeing shares were little changed at $339.05 after the close of regular trading in New York.

An inspection of each stored plane takes about three days to be completed, according to Leeham News, which reported earlier that debris had been discovered in some parked Max jets. The aircraft fuel tanks must be drained and fumes dissipated before work can begin.

Separately, Stan Deal, the head of Boeing’s jetliner division, named Mike Fleming to the newly created role of vice president of 737 Max Return to Service and Global Aviation Safety System. The appointment is one of the first changes to the senior management team that Deal has made since taking charge of Boeing’s main business in October.

Fleming previously was a vice president in charge of commercial services at Boeing Global Services, the division Deal previously ran.

He will oversee Boeing’s sprawling campaign to prepare about 800 grounded Max jets to resume flight. He also will spearhead the company’s safety outreach to customers, regulators and industry.