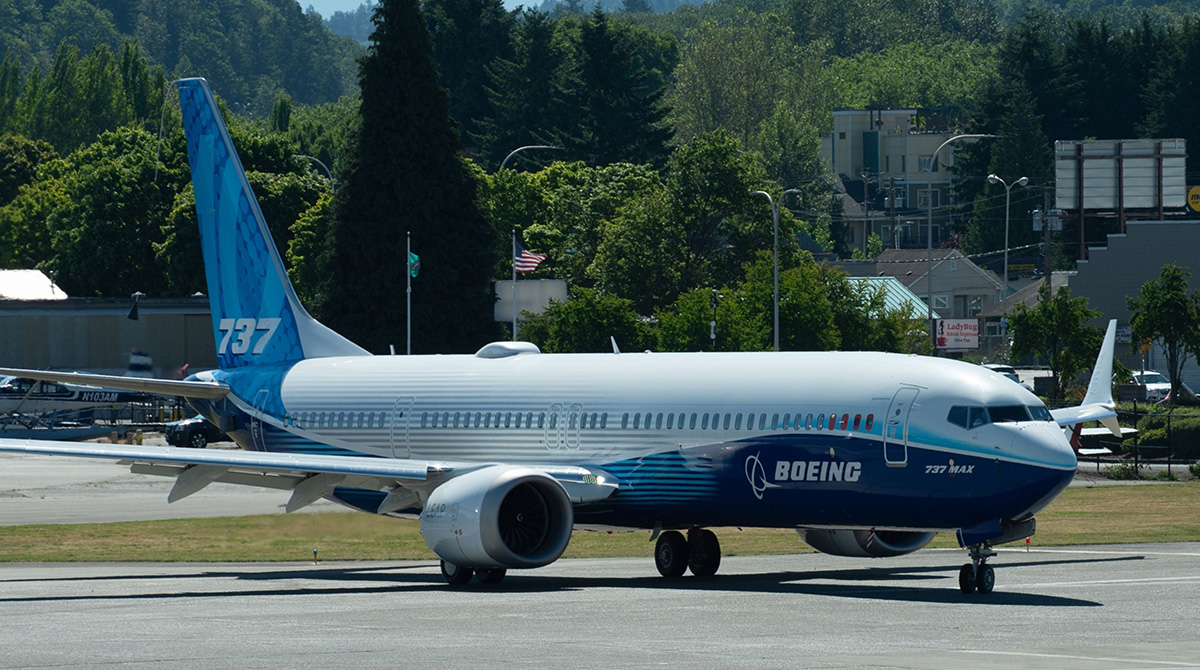 Boeing Co. earned a profit for the first time in nearly two years, surprising Wall Street and hinting at a potential turnaround after one of the worst financial crises in the planemaker’s centurylong history. The shares jumped.

The adjusted profit of 40 cents a share wasn’t the only sign of progress in the company’s second-quarter earnings report, released July 28. The manufacturer burned through just $705 million during the period, better than the $2.76 billion outflow that analysts had predicted.

The results suggest that Boeing is starting to emerge from a deep slump caused by the COVID-19 outbreak and the company’s own quality lapses, which were tied to two deadly crashes of its best-selling 737 Max plane. With its business stabilizing, Boeing has halted large-scale job cuts well short of earlier plans to eliminate nearly 20% of its workforce, said CEO Dave Calhoun.

“You will see our efforts gaining traction and our recovery accelerating, as reflected in improved revenue, earnings and cash flow, as well as stabilizing workforce levels,” Calhoun told employees in a message that was released with quarterly results. Boeing now plans to hold employment steady at 140,000 jobs, representing a 13% reduction from pre-COVID levels.

Boeing advanced 3.9% to $231 before the start of regular trading in New York. The shares rose 3.8% this year through July 27, trailing the 15% gain for the Dow Jones Industrial Average.

The surprise second-quarter profit compared to an expected loss of 81 cents, which was the average of estimates compiled by Bloomberg. Revenue rose 44% to $17 billion. Analysts had predicted $16.5 billion.

Still, the Chicago-based company faces a long road to recovery, and a powerful rival in Airbus SE, which is looking to capitalize on its larger order backlog. Airbus, based in Toulouse, France, is slated to report its results July 29.

Another obstacle for Boeing is frayed U.S.-China relations, which have injected uncertainty into the company’s timetable for speeding production of the Max, which is meant to be a cash cow. The model, which was banned worldwide for 20 months, is still barred from flying in its largest overseas market. In the U.S., regulators lifted the grounding in November.

Boeing is also wrestling with manufacturing flaws that have halted deliveries of its 787 Dreamliner aircraft, another key source of cash. The company has temporarily slowed output of the marquee wide-bodies as it searches for and repairs structural imperfections that are about the width of a coat of paint.

Executives had warned earlier this year that cutting production below a pace of five jets a month could clip margins and force the 787 program into a reach-forward loss. However, the company didn’t take the steep accounting charges that some analysts had predicted, an outcome that is a “positive surprise,” said George Ferguson, an analyst with Bloomberg Intelligence.