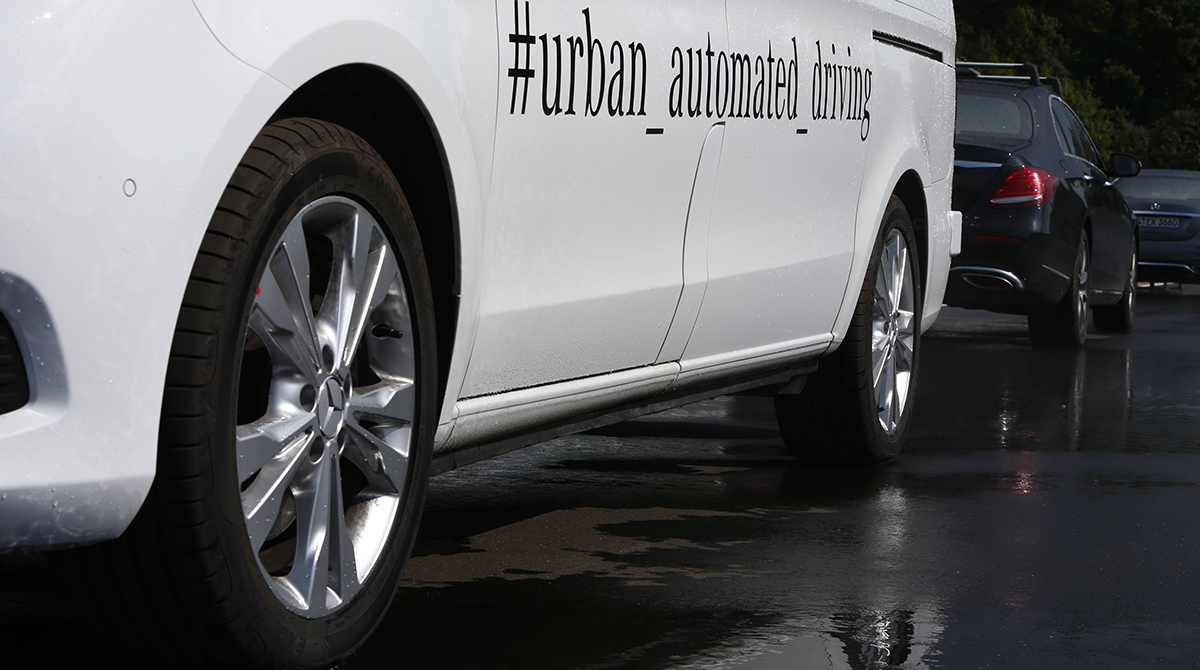 BMW AG and Daimler AG’s self-driving car venture may attract more partners, with Fiat Chrysler Automobiles NV a front-runner to get on board at a time when the German automakers are working to select suppliers by the end of the year.

While many car-component makers are hesitant to put large sums toward the development of highly automated driving due to regulatory uncertainty, several vehicle manufacturers expressed an interest in the alliance, BMW’s development chief, Klaus Froehlich, said in an interview.

BMW has worked with Fiat Chrysler in the same field since 2017, indicating the U.S.-Italian manufacturer may be willing to join a project that aims to enable automated driving on highways as early as 2024, he said.

“Autonomous driving still has the Achilles’ heel that there is no regulatory framework worldwide,” Froehlich said during the Consumer Electronics Show in Las Vegas. “Everyone is working on it, but no one knows what the rules will look like.”

Self-driving vehicles are expected to form a key part of the auto industry’s modernization shift, yet the cost of developing the technology is prohibitive. Several projects have seen unmanned vehicles cruising around confined areas like mines or harbors, but fully-autonomous robotaxis in urban areas are set to take much longer to materialize and the investment returns are difficult to forecast.

Fiat Chrysler declined to comment on a possible involvement in the cooperation between BMW and Daimler. The company ships Chrysler minivans to Alphabet Inc.’s Waymo LLC, which outfits them with self-driving capacity.

BMW and Daimler are also looking at expanding their existing partnership on buying car parts to potentially include battery cells for electric cars, according to Froehlich. Agreeing on similar cell sizes makes it easier for companies like Contemporary Amperex Technology Co. Ltd. to produce a battery component that can be used by more than one automaker.