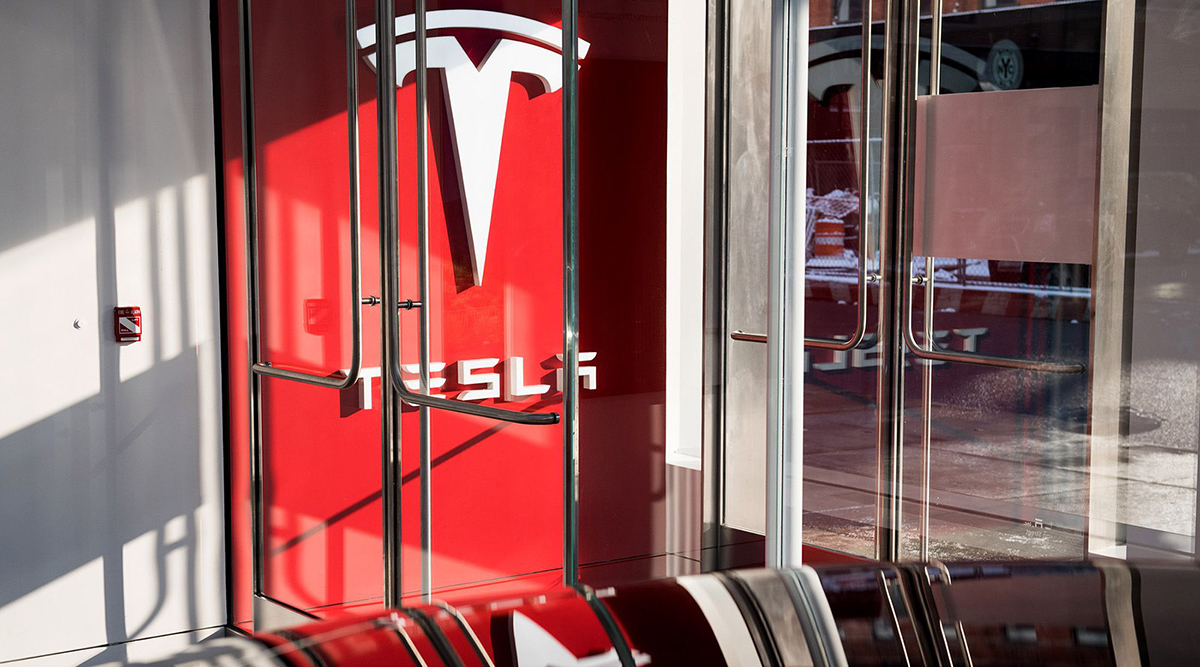 Bitcoin surged to an all-time high after Tesla Inc. said it has invested $1.5 billion, the biggest endorsement of the controversial cryptocurrency by a mainstream company.

The digital asset jumped as much as 16% after Tesla made the disclosure in a regulatory filing, with prices exceeding $44,000 for the first time. Tesla also said it would begin accepting the digital token as a form of payment for its electric cars. Other coins surged as well. Ether gained as much as 11% to a record and Litecoin rallied a similar amount Feb. 8 in New York, according to data compiled by Bloomberg.

That Tesla, one of the world’s most influential companies, and billionaire Elon Musk have thrown their weight behind Bitcoin can be seen as a key endorsement for the cryptocurrency, which has been criticized by policymakers for facilitating money laundering and fraud.

“The world’s richest man allocating $1.5 billion of his company’s treasury to Bitcoin speaks volumes about the magnitude at which crypto gains institutional adoption,” said Antoni Trenchev, managing partner and co-founder of Nexo in London. “Tesla has now paved the way.” 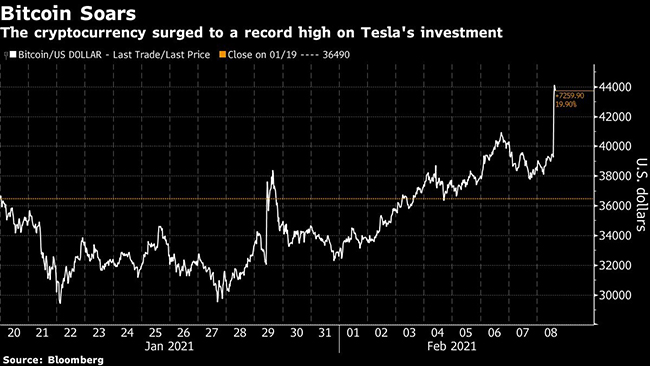 Trenchev said he expects that at least 10% of S&P 500 companies will be invested in Bitcoin by the end of 2022. Tesla is the only member of the benchmark equity index to disclose any purchase of the digital coin yet.

Tesla ended 2020 with more than $19 billion in cash on hand after having raised $12 billion in stock sales, taking advantage of a 678% surge in its share price last year. Part of the demand for those shares came from passive investors forced to buy after Tesla was added to the S&P 500 in December. Some $11 trillion of investment assets are either tied or benchmarked to the S&P 500.

Musk has been coy about his endorsement of the cryptocurrency, adding and then removing #bitcoin from his Twitter page and seemingly making public endorsements for another digital token, Dogecoin, which also hit a record Feb. 8.

Musk is “putting Tesla’s money where his mouth is,” said Craig Erlam, senior market analyst at OANDA Europe, in a phone interview. “That’s obviously far more impactful in the longer term,” he said of Tesla’s purchase of bitcoin over Musk’s cryptic social media touts of digital assets. “A company investing that level of money, in particular, very much adds to the validation of it as an investable asset,” Erlam said.

While Tesla announced plans to accept bitcoin for purchases, hardly anyone uses the cryptocurrency for anything beyond speculation. Data from New York-based blockchain researcher Chainalysis Inc. showed that only 1.3% of economic transactions came from merchants in the first four months of 2019.

Predictions for Bitcoin’s possible long-term price range from $400,000 and more to zero. The token is designed to have a fixed supply of 21 million coins, underpinned by a digital ledger distributed across computer networks. Erlam said in a note Feb. 8 that Bitcoin could soon be eyeing $50,000 on the back of the Tesla news.