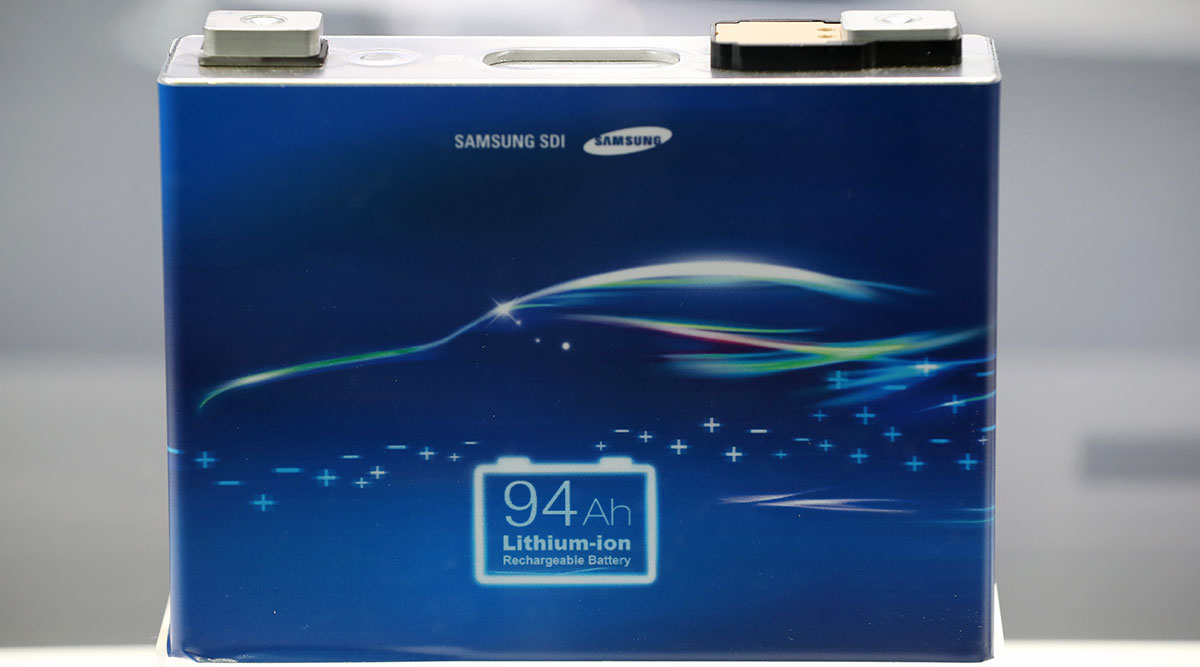 Batteries, like this Samsung one, are used to power electric vehicles. (SeongJoon Cho/Bloomberg News)

A group of U.S. senators is introducing legislation to boost domestic production of “critical minerals” that are often imported from China to make electric car batteries.

Murkowski said in a statement that it is important for the U.S. not to cede ground to China in the race to power electric cars that several automakers are banking their futures on.

“Our reliance on China and other nations for critical minerals costs us jobs, weakens our economic competitiveness, and leaves us at a geopolitical disadvantage,” Murkowski said of the legislation, known as the American Mineral Security Act. “Our bill takes steps that are long overdue to reverse our damaging foreign dependence and position ourselves to compete in growth industries like electric vehicles and energy storage.” 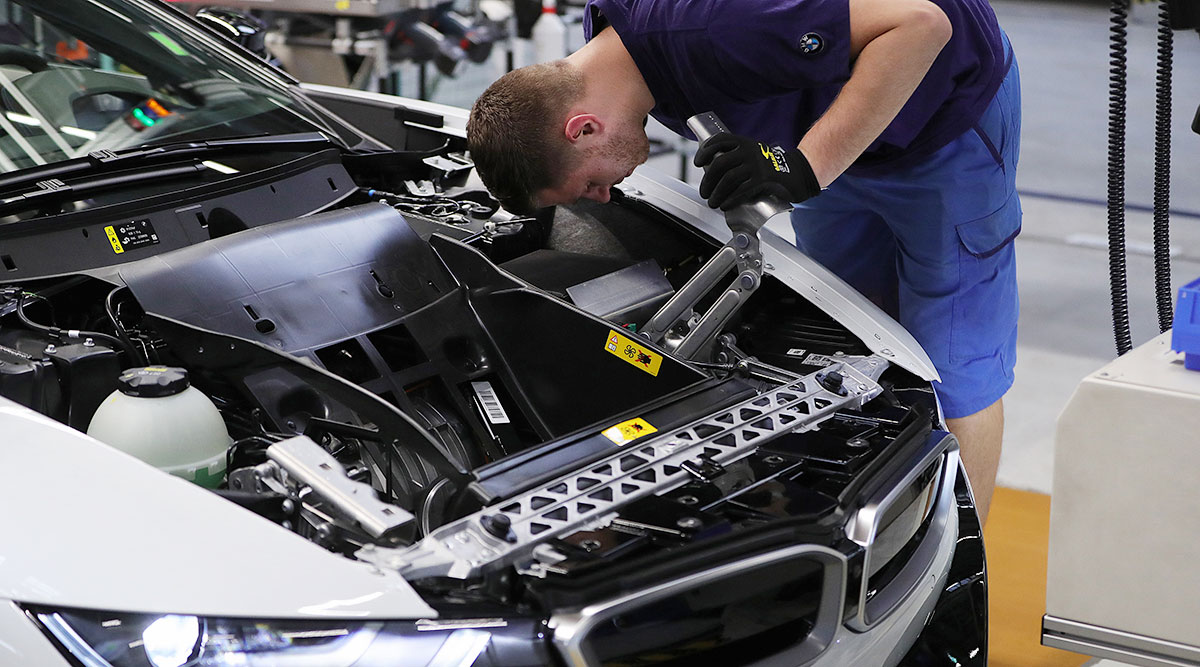 An employee fits a hood hinge to a BMW i8 hybrid electrical automobile. (Krisztian Bocsi/Bloomberg News)

Murkowski’s office said the measure would codify the methodology used in a 2017 executive order that was signed by President Donald Trump “to designate a list of critical minerals and require that list to be updated at least every three years.” The measure also would require a nationwide resource assessment for every critical mineral and the implementation of “several practical, common sense permitting reforms for the Department of the Interior and Department of Agriculture Forest Service to reduce delays in the federal process.”

Robbie Diamond, president and CEO of Securing America’s Future Energy, which lobbies for policies that are designed to reduce America’s dependence on foreign oil, applauded the lawmakers for moving to address the nation’s mineral deficit.

“This bill rightly identifies U.S. mineral production as a national priority, and we are pleased to see it become a congressional priority,” Diamond said. “We are in a race with China and others to secure minerals and the supply chain as transportation worldwide moves toward an electrified and digitized future.”

The measure comes when lawmakers are debating the future of tax credits for electric cars that automakers are allowed to offer up to a point. A measure introduced by five members of Congress, it would allow automakers to offer the tax credit for buyers of up to 600,000 electric cars.

Current law allows automakers to offer credits for up to 200,000 electric vehicles per manufacturer. At least two major manufacturers, General Motors Co. and Tesla, have reached the limit and they have lobbied for a removal of the cap.

President Donald Trump has targeted the electric-vehicle tax credit for elimination in recent months. He suggested in a recent budget proposal that doing away with the tax break in 2020 would save $2.5 billion over a decade.

Bollinger Motors to Build Battery Packs for Its Electric Trucks

After Chip Crisis, Is Battery Shortage Next?