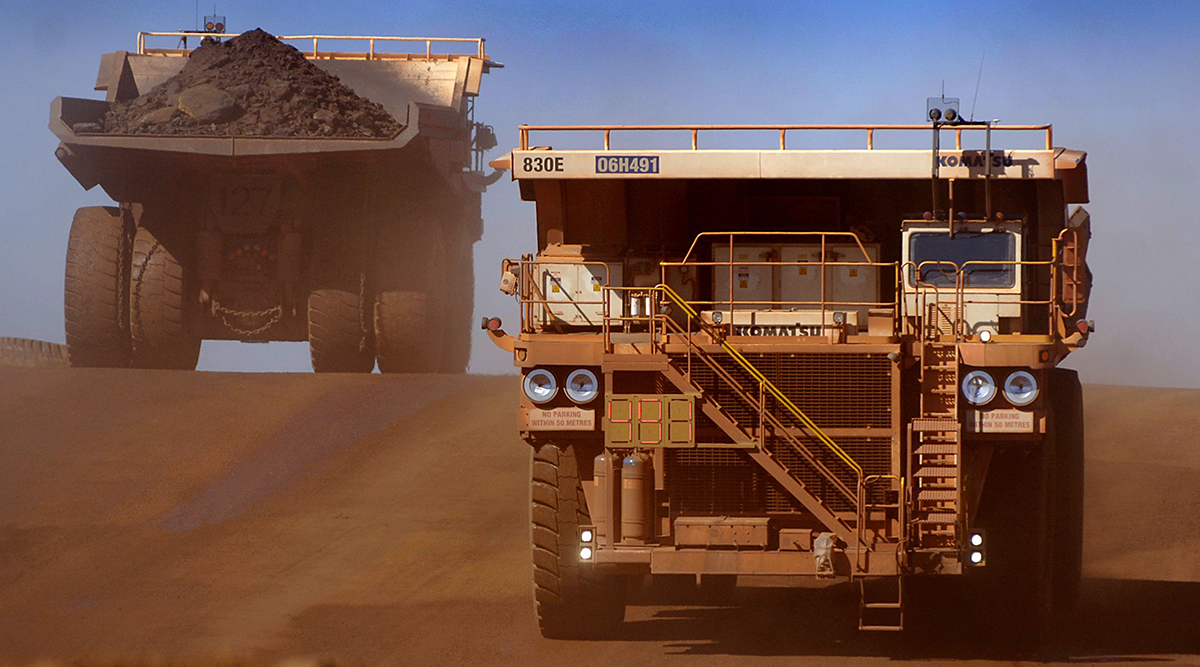 Truck drivers employed by the world’s biggest mining company are wearing baseball caps and hard helmets with sensors mounted inside to track their brain waves so they can get early warnings of fatigue and cut accidents.

BHP Billiton has deployed the technology for 150 trucks at the Escondida copper mine it operates in Chile as part of efforts to boost safety, Chief Technology Officer Diane Jurgens told reporters Nov. 1 on the sidelines of a mining forum in Melbourne. The company intends to adopt the method at other sites globally, including its giant iron ore mines in Australia, she said. How do you feel about wearing a device to measure your brain waves?

The new technology, involving a six-inch strip fitted inside the headgear, is now being used in preference to earlier technology that tracked eye movements, said Jurgens, who was appointed in 2016 after previous roles with companies including General Motors Corp. and Boeing Co.

“You can’t fool this cap, because it’s watching your brain waves and not looking at your eyes — it’s a much better technology,” she said. “When it detects fatigue it will notify our drivers, and also just as importantly, it’s integrated with the back office and the supervisors and they can intervene.”

BHP’s technology programs can deliver as much as about $12 billion in lower costs, improved output and safety gains, CEO Andrew Mackenzie said at a Barcelona conference in May. Work to deploy technology by Barrick Gold Corp. could shave as much as a third from the producer’s all-in sustaining costs, Chief Innovation Officer Michelle Ash told the Melbourne forum Nov. 1.

Drivers at Escondida, the world’s biggest copper mine, typically work 12-hour shifts, while the vehicles move more than 1.3 million tons of material a day and are driven an average of about 36 kilometers (22 miles), according to a 2010 BHP filing. Output at the mine is being boosted by an expansion project and hit a more than two-year high in August, according to Chile’s government.

Work is initially focused on installing a new 4G communications system and automated track signaling, with the ultimate goal of deploying robot trains that would enable BHP to boost volumes along the railroad.

Rio Tinto Group, the world’s second-biggest miner, is seeking to fully implement driverless trains in the Pilbara by the end of next year. Last month, Rio said it had completed a 100-kilometer test run from Wombat Junction to Paraburdoo without a driver aboard.