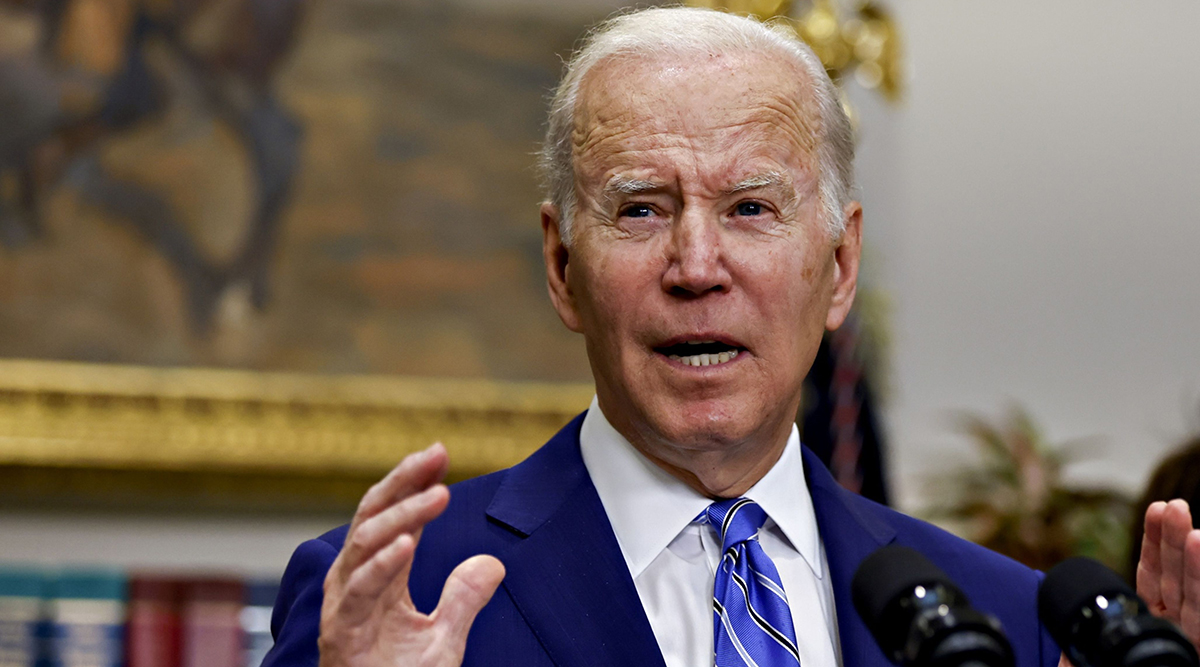 President Biden has maintained most of the tariffs imposed by his predecessor, Donald Trump, including duties on more than $300 billion in Chinese imports. (Ting Shen/Bloomberg News)

President Joe Biden said he and his advisers are weighing whether to cut U.S. tariffs on foreign imports to try to fight inflation.

“We’re discussing that right now,” he told reporters May 10 after a speech on rising prices at the White House. “We’re looking at what would have the most positive impact.”

The president added that no decision has yet been made on how to proceed.

Biden has maintained most of the tariffs imposed by his predecessor, Donald Trump, including duties on more than $300 billion in Chinese imports. But the president has come under pressure from some economists and lawmakers and the U.S. Chamber of Commerce to reduce or eliminate the tariffs with inflation running at the hottest pace in four decades.

Last week, the Biden administration notified about 600 representatives of U.S. industries that have benefited from the China tariffs that they will begin to expire in July, inviting the businesses to request the government keep the duties in place. Any request for continuation would trigger a review of the tariff by the U.S. Trade Representative, during which the duty remains in effect.

The Biden administration in March announced plans to reinstate exemptions from the Trump era on about two-thirds of Chinese products that were previously granted waivers from tariffs, most of which expired by the end of 2020.