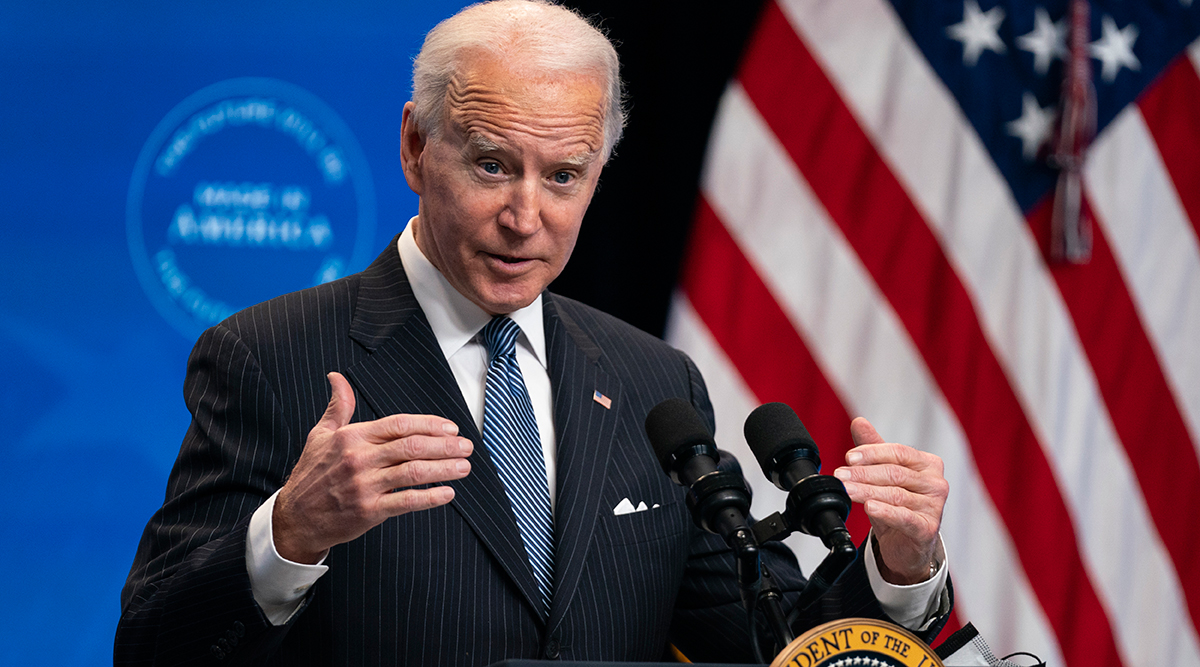 WASHINGTON — President Joe Biden is set to announce a wide-ranging moratorium on new oil and gas leasing on U.S. lands, as his administration moves quickly to reverse Trump administration policies on energy and the environment and address climate change.

Two people with knowledge of Biden’s plans outlined the proposed moratorium, which will be announced Jan. 27. They asked not to be identified because the plan has not been made been public; some details remain in flux.

The move follows a 60-day suspension of new drilling permits for U.S. lands and waters announced last week and follows Biden’s campaign pledge to halt new drilling on federal lands and end the leasing of publicly owned energy reserves as part of his plan to address climate change. The moratorium is intended to allow time for officials to review the impact of oil and gas drilling on the environment and climate.

“The fossil fuel industry has inflicted tremendous damage on the planet. The administration’s review, if done correctly, will show that filthy fracking and drilling must end for good, everywhere,” said Kierán Suckling, executive director at the Center for Biological Diversity, an environmental group that has pushed for the drilling pause.

Oil industry groups slammed the move, saying Biden had already eliminated thousands of oil and gas jobs by killing the Keystone XL oil pipeline on his first day in office.

“This is just the start. It will get worse,” said Brook Simmons, president of the Petroleum Alliance of Oklahoma. “Meanwhile, the laws of physics, chemistry and supply and demand remain in effect. Oil and natural gas prices are going up, and so will home heating bills, consumer prices and fuel costs.”

Kathleen Sgamma, president of the Western Energy Alliance, which represents oil and gas drillers in Western states, said the expected executive order is intended to delay drilling on federal lands to the point where it is no longer viable.

“The environmental left is leading the agenda at the White House when it comes to energy and environment issues,” she said, noting that the moratorium would be felt most acutely in Western states such as Utah, Wyoming and Alaska, where Biden lost to former President Donald Trump.

Under Trump, federal agencies prioritized energy development and eased environmental rules to speed up drilling permits as part of the Republican’s goal to boost fossil fuel production. Trump consistently downplayed the dangers of climate change, which Biden, a Democrat, has made a top priority.

On his first day in office Jan. 20, Biden signed a series of executive orders that underscored his different approach — rejoining the Paris Climate Accord, revoking approval of the Keystone XL oil pipeline from Canada and telling agencies to immediately review dozens of Trump-era rules on science, the environment and public health.

A 60-day suspension order at the Interior Department did not limit existing oil and gas operations under valid leases, meaning activity would not come to a sudden halt on the millions of acres of lands in the West and offshore in the Gulf of Mexico where much drilling is concentrated. The moratorium also is unlikely to affect existing leases. Its effect could be further blunted by companies that stockpiled enough drilling permits in Trump’s final months to allow them to keep pumping oil and gas for years.

The pause in drilling is limited to federal lands and does not affect drilling on private lands, which is largely regulated by states.

Oil and gas extracted from public lands and waters account for about a quarter of annual U.S. production. Extracting and burning those fuels generates the equivalent of almost 550 million tons of greenhouse gases annually, the U.S. Geological Survey said in a 2018 study.

Under Trump, Interior officials approved almost 1,400 permits on federal lands, primarily in Wyoming and New Mexico, over a three-month period that included the election, according to an Associated Press analysis of government data. Those permits, which remain valid, will allow companies to continue drilling for years, potentially undercutting Biden’s climate agenda.