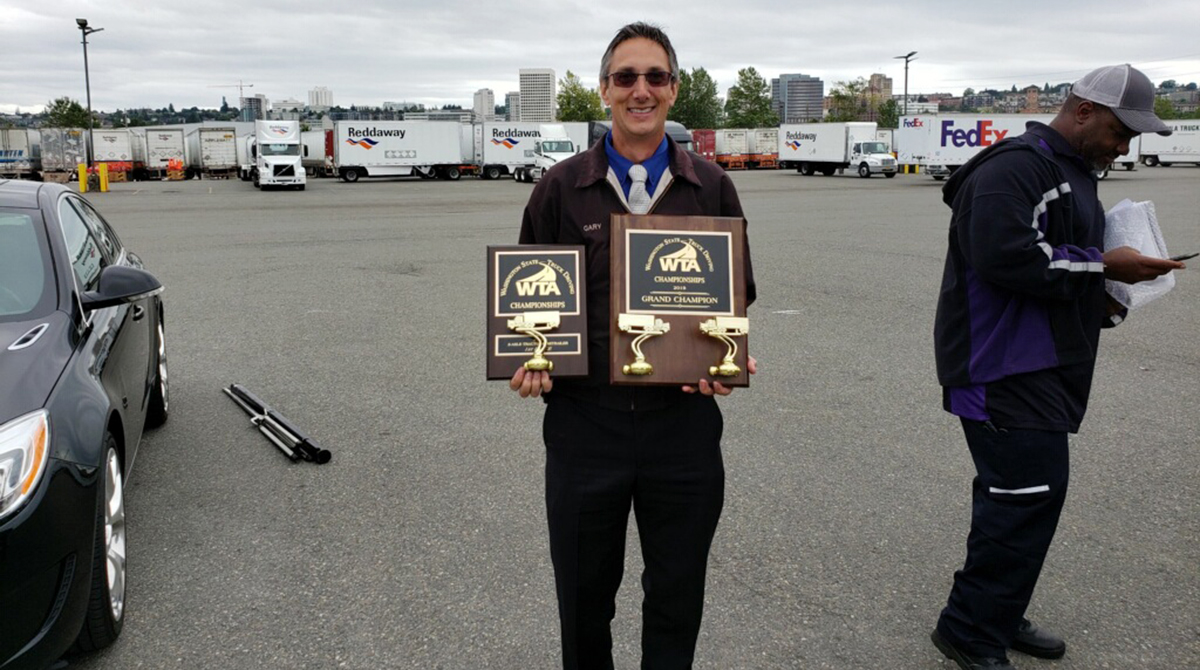 Gary Herrygers, a driver for The Boeing Co., was happily surprised when he won the 5-Axle division at this year’s Washington Truck Driving Championships. He was even happier (and more surprised) when he was announced as Grand Champion minutes later. He told Transport Topics he still is “on cloud nine.”

Herrygers has been involved in competition truck driving for about a decade, and won the state 5-Axle division in 2012. He traveled to the national competition in Minneapolis and racked up an impressive No. 3 finish in that division.

This year, he’s headed to the National Truck Driving Championships in Pittsburgh Aug. 14-17 to show off his skills yet again.

Herrygers, who learned to drive a truck while serving in the U.S. Army, has been with Boeing for about 13 years. It was at Boeing that he was introduced to the world of competition truck driving.

Herrygers described finding a problem with his truck during a pre-trip inspection. A co-worker was impressed, and recommended Herrygers get involved in the state competition.

Now, he’s part of a group within the company that gets together to practice for competitions. Another Boeing driver, Michael Mygatt, won the top prize in the Tank Truck division and will be joining Herrygers in Pittsburgh.

Herrygers also practices on his own, utilizing empty parking lots when he gets a chance. He’ll continue practicing ahead of the national competition, including studying up on the written section of the test. He says he’s his own harshest critic.

But, Herrygers says he’s striving to be the “best I can always be.”