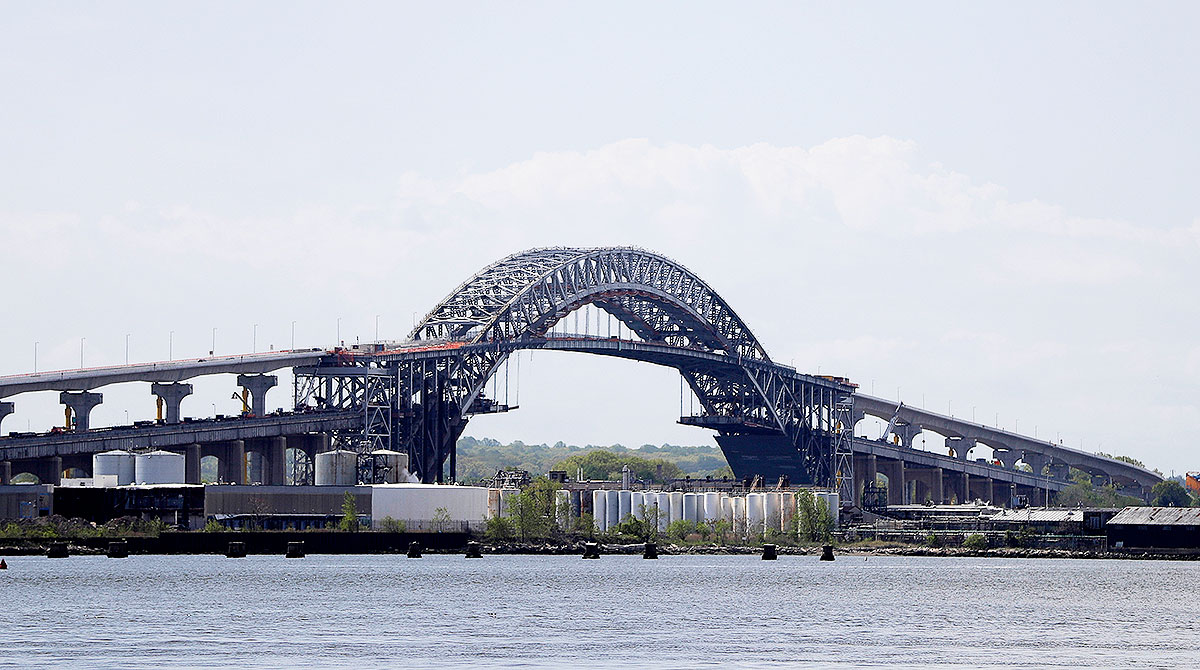 “The raising of the Bayonne Bridge was a seminal moment not just for the New York-New Jersey harbor, but the global maritime industry,” port Director Sam Ruda told Transport Topics. “The timing of that project really influenced global shipbuilding decisions. It also secondarily impacted decisions made or not made on the global charter market, in terms of the size of containerships.” 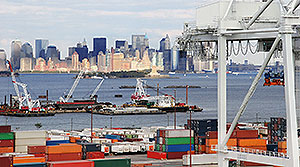 Port of New York and New Jersey by Getty Images

Two facts stand out since the spring of 2017, when enough of the project was completed so the port could begin to process larger containerships.

“Our bridge project here has had a global reach,” Ruda said. “Very soon after that, we started seeing the shipping lines start cascading in larger vessels.”

The additional 60 feet of clearance means the port can handle ships that can carry up to 14,500 TEUs.

The Port of New York-New Jersey is the nation’s third busiest, and officials say it is responsible for more than 400,000 direct and indirect jobs in the Northeast, thousands of them in the trucking and logistics industry. 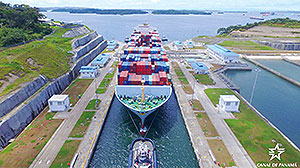 East Coast facilities, including New York-New Jersey, are taking advantage of new sea routes created by the recent expansions of the Panama Canal and the Suez Canal. Those facilities are spending billions of dollars on infrastructure improvements so they can handle the larger cargo ships that can come through both channels.

Since the Suez Canal’s widening was completed in 2016, many shippers are using that route to navigate into the Mediterranean Sea and through the Atlantic Ocean, skipping the journey across the Pacific. Also in 2016, an expansion of the Panama Canal permitted access to the largest cargo ships in the world, known as Neopanamax.

While first-quarter TEU numbers are expected to drop because of the Trump administration’s trade battles with China, and now the coronavirus, 2019 was a record year for New York-New Jersey.

Another critical aspect of the port authority’s plan was the 2016 completion of the $2.1 billion project to deepen the port’s channel to 50 feet.

This puts New York-New Jersey on equal footing with the ports of Baltimore, Virginia and Miami as the deepest on the U.S. East Coast.

New York-New Jersey isn’t the only port that went with higher bridges and deeper shipping channels.

The Port of Charleston also is in the middle of an extensive deepening project, which eventually will put that facility at 52 feet.

In Georgia, the Port of Savannah is in the final stages of dredging that will take that port to 47 feet from 42.

All told, the Port of Charleston project will cost nearly $600 million, and the Savannah price tag is more than $970 million.

The bigger ships mean other accommodations as well. In the past two years, New York-New Jersey added at least eight new cranes to load and unload the larger ships. Also, officials said they have been retrofitting older cranes and making them longer by raising and putting on longer steel arms.

“It’s not cheap, but we’re seeing the combination of both,” Ruda said.

“You have a greater number of boxes on a given ship coming in and out, you do get these mini-surges during part of the day, but it has not brought the port to its knees,” he said. “We are busy, but there are parts of the day where there is no congestion. The idea is to use your capacity more efficiently.”