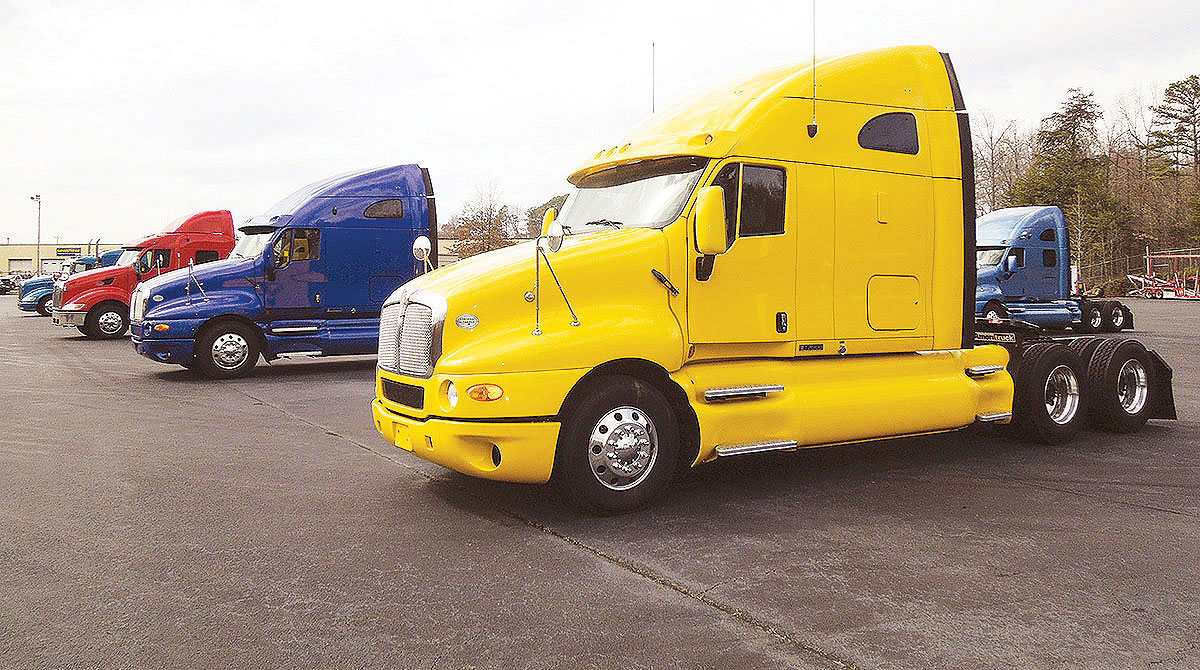 The average retail price in August of a used Class 8 vehicle was much higher compared with a year earlier but less than the month before, extending a trend, ACT Research reported.

August marked the fifth consecutive sequential decline, “something we will be dealing with for at least six months, perhaps nine, hopefully not 12,” said Steve Tam, vice president at ACT Research.

That has been good for buyers, he said, but sellers “missed the top of the market.”

ACT estimated industry sales were 21,500 in August like they were in July, but were down compared with 22,800 a year earlier.

“The challenge is with freight softening, the demand for used trucks is coming down,” Tam said.

“But the uptick in supply is lumpy,” he said. “The anecdotes suggest perhaps we are not building much in used truck inventory.”

Each month, ACT surveys a sample of dealers, wholesalers and auctioneers as well as a few large fleets to determine average prices, age and mileage, and estimated industry volumes.

The challenge is with freight softening, the demand for used trucks is coming down.

One truck executive in Florida said his fleet recently sold some of its used trucks to a buyer itself, then held back on selling more.

“I sold about 20 trucks earlier this year but backed off as soon as I found out I wasn’t going to be getting the new ones I was supposed to get,” said Pete Nativo, vice president of fleet solutions at Oakley Transport. “So we are just running longer miles on the ones we have.”

He said the trucks Oakley sold brought a “real good price” and went to just one buyer in Georgia. “We had typically traded our trucks to the dealer but because of what they were offering and what we were able to get on the outside market, we sold them ourselves.”

Lake Wales, Fla.-based Oakley is a bulk carrier that specializes in liquid and food-grade transportation. It operates about 725 trucks, all from Volvo Trucks North America.

One segment, though, bucked the trend in August — older than average trucks.

Tam said the U.S. Department of Labor’s data on truck transportation employment each month shows more and more of those jobs added to the economy.

There is still money to be made in the spot market, he said, just not as much as if newly minted owner-operators had jumped in earlier in the cycle.

As for contract rates, he said, “There is opportunity there, just not as great as it previously was.” New entrants also could be going to one of the big logistics companies or asset-light providers.

Or as Chris Visser, senior analyst of commercial vehicles at J.D. Power, wrote in a market update, “Demand continues to fall back toward a more rational level, but various tailwinds will support pricing to an extent.”

The auction firm Ritchie Bros. suggested buyers of used trucks may be motivated by tax advantages. For U.S. buyers who want the tax savings Section 179 offers, the deduction limit for 2022 is $1,080,000.

The Internal Revenue Service said Section 179 allows taxpayers to deduct the cost of certain property as an expense in the year the property is placed in service.