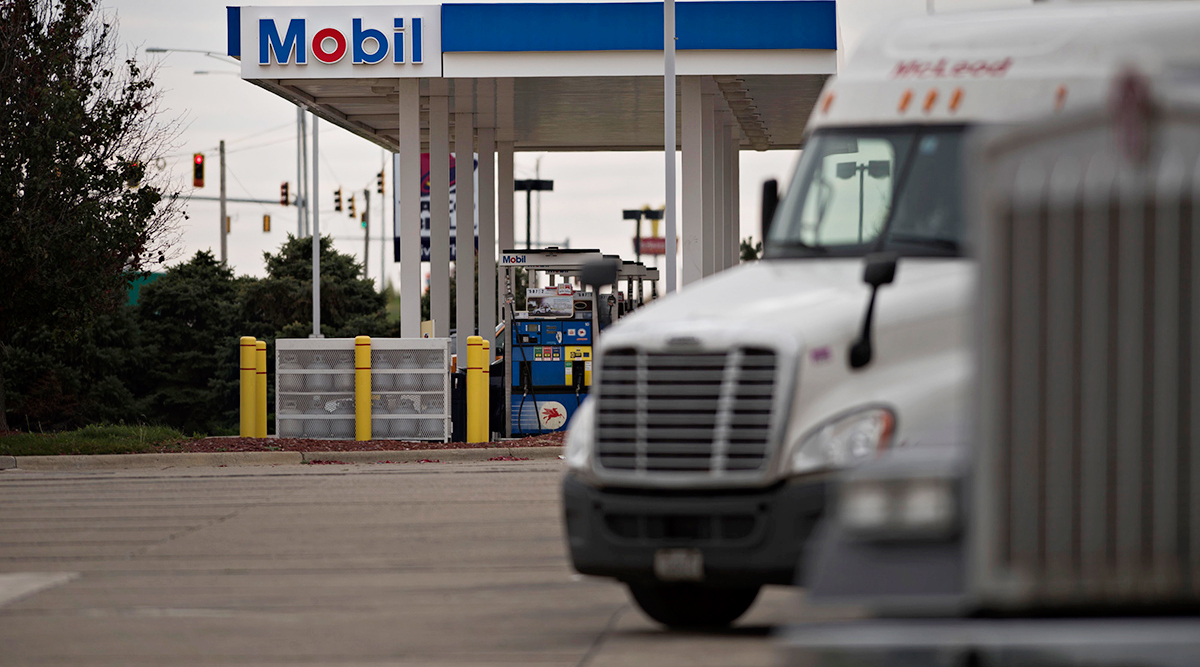 The national average price of diesel dropped 1.3 cents, according to the Energy Information Administration’s weekly data released Nov. 2. The decline, which comes amid tumbling oil prices, is the eighth in the past nine weeks.

Diesel’s price fell in seven of the 10 regions in EIA’s survey, remaining flat in two and rising in one. The biggest slide was in the Lower Atlantic, where diesel declined 2.7 cents to $2.284 a gallon. Diesel in that region is 62.1 cents less per gallon than in the 2019 period.

The most expensive diesel remains in California, the only area in the survey where it exceeds $3 a gallon. Diesel there fell four-tenths of a cent to $3.231 a gallon and costs 78 cents less than it did a year ago.

The least expensive diesel is in the Gulf Coast region, which is home to much of the nation’s oil and gasoline production as well as its refining capacity.

In the West Coast region not including California, diesel increased four-tenths of a cent to $2.541. It is 87.2 cents less expensive there than it was in the 2019 period.

Diesel remained the same in the Rocky Mountain region and West Coast.

The price of West Texas Intermediate crude, the industry’s benchmark, closed at $36.98 a barrel Nov. 2. That is more than $3 a barrel lower than it was last week. However, it is up almost $2 a barrel from Oct. 29, when it fell to $35.11 a barrel — its lowest price since May — amid concerns the COVID-19 pandemic would reduce economic activity and stall oil demand.

Several issues are causing oil, diesel and gas prices to fall. On Oct. 26, the American Petroleum Institute reported a much larger than expected buildup of crude oil inventories by almost 4.6 million barrels for the week ending Oct. 23.

Industry analysts are watching closely the status of new lockdowns in Europe that could slow the economic recovery and reduce fuel demand.

Britain, Germany and France announced lockdowns to combat the coronavirus, and industry analyst Phil Flynn told Transport Topics the market was not expecting that two or three weeks ago.

“I think this is because of what has been happening with the slowdown in gasoline and diesel demand,” Flynn said. “It’s kind of been the perfect storm for fuel with the softening demand.”

Domestically, U.S. oil production is beginning to show signs of recovery after Hurricane Zeta roared through the Gulf of Mexico last week. The U.S. Bureau of Safety and Environmental Enforcement said 28% of operations remained offline because of the hurricane, but that’s an improvement from the more than 60% shut down the previous week.

Also, there’s a new factor about world oil markets. Libya is ramping up oil production to 800,000 barrels per day, and the North African nation could increase it by 500,000 barrels by early next year. If Libya follows through on its pledge, Flynn said it will add even more oil to an already oversaturated world market.

In Hudson, Ill., the leadership of Nussbaum Transportation told TT the lower price of diesel fuel is helping the company’s bottom line. Nussbaum has 400 tractors and is involved in the North American Council for Freight Efficiency’s Run on Less program.

Chief Financial Officer Bill Wettstein said his company’s trucks are averaging more than 9 mph and that, combined with the lower price of diesel, is proving beneficial, especially because prices have been stable.

“The last six months, for us, what we’re paying has been pretty steady, in a band or range of 40 or 50 cents per gallon,” Wettstein said. “We can handle steady. With our fuel optimizer program, we’re paying about 50 cents below the weekly Department of Energy figure.”

Wettstein said that even with the increase in freight in the trucking industry this summer because of the pandemic, his company is using the same amount of diesel — about 100,000 gallons per week.