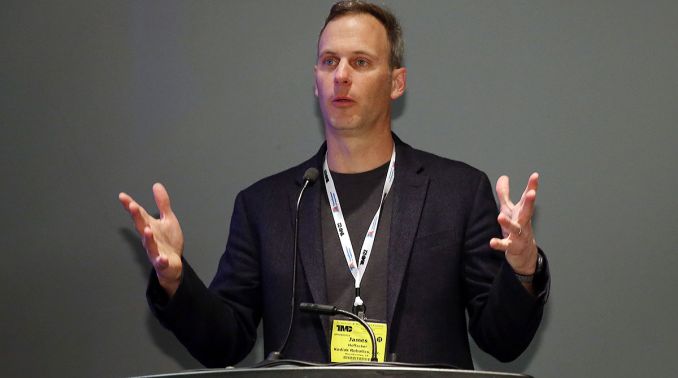 As the regulatory framework for automated trucks continues to evolve at federal and state levels, technology developers are paving the way for deployment by hauling freight with their test fleets, company representatives said during a meeting March 7 of TMC’s automated vehicles task force.

In many cases, state legislators are moving past some initial hesitancy toward autonomous vehicle technology, said James Murphy, vice president of government affairs at Locomation. 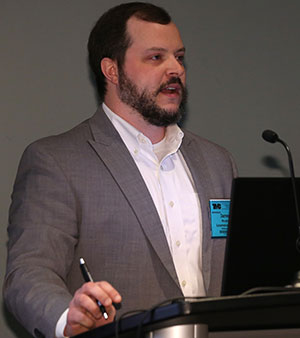 “I think over the past few years there’s been a shift. Generally, states want to be supportive of this type of technology,” he said. “Of course, there are exceptions to that, but I think states really look at this as an opportunity and ultimately want to foster an environment that is conducive to innovation and deployment of this technology.”

He cited an ongoing legislative effort in Pennsylvania that would update the state’s autonomous vehicle statute to allow companies to test vehicles with no driver behind the wheel.

Pittsburgh-based Locomation is developing a human-guided autonomy system that electronically tethers a pair of trucks, enabling the driver in the follower truck to rest while the driver of the lead truck guides the convoy.

Kodiak Robotics, meanwhile, is one of several developers of Level 4 automated driving technology that are targeting solo unmanned truck operations on longhaul routes.

Today, Kodiak’s automated test trucks continue to operate with a safety driver behind the wheel. However, the company regularly hauls freight between Dallas and Houston without any intervention by the safety driver, who is “essentially along for the ride,” said Jamie Hoffacker, head of Kodiak’s hardware division.

The Mountain View, Calif.-based company, which has been transporting freight autonomously in Texas since 2019, aims to launch its autonomous driving product for fleet customers in 2025.

To date, Kodiak has completed more than 1,300 deliveries with zero accidents, Hoffacker said.

Hoffacker said Kodiak is utilizing durable sensor equipment built to withstand the rigors of trucking. The company has developed a sensor “pod” that attaches to the truck’s mirrors and is designed to be easy for technicians to service.

“We can actually change this mirror pod in about the same time it takes to change a tire,” he said. “If you’re going to deploy technology onto a truck, you really don’t want to create a whole new paradigm with new technicians with specialized training. You really want to utilize the existing service networks and the existing maintenance model that are already out there for trucks.”

Plus, another autonomous truck developer, is taking a different approach by starting with driver-assist technology before moving on to fully autonomous Level 4 systems.

The Cupertino, Calif.-based company already has introduced its “driver-in” PlusDrive product, a Level 2 driver-assist system that is designed to improve safety and save fuel while enhancing driver comfort.

Plus began delivering that system in 2021 in the United States and China, and has 7,000 orders on its books worldwide, said Lori Heino-Royer, the company’s senior director of strategic partnerships.

With its Level 2 product on the road, Plus will attain millions of miles of real-world experience that will carry over to its Level 4 technology stack, she said.