The average price for an 8-year-old truck climbed to $19,295, or 50% higher compared with a year earlier, according to ACT.

Demand is every bit as strong for used trucks as it is for scarce new trucks, said ACT Vice President Steve Tam.

He said the barriers to get into trucking are not that high, and he suspects the majority of used truck buyers still are those getting into trucking for the first time.

Freight rates are also at record highs, said Tam. So truck buyers looking to capitalize on those by purchasing used equipment “don’t have much choice; they pay what the price is.”

“The majority of our data covers sleepers,” said Tam.

As for financing a used truck, one expert said he expected general interest rates will stay below historical norms for the foreseeable future.

“Importantly, when put in the context of record high freight rates and pent-up demand for freight and capacity, it’s unlikely that modestly higher interest rates will be an inhibitor or significant factor in the truck purchasing calculus,” Dan Clark, head of BMO Transportation Finance, told Transport Topics.

Not much will change in terms of downward pressure on used Class 8 prices until more supply finds its way into the market when the new truck production reaches a consistently higher level, and trade-ins increase, he said. 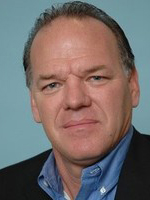 BMO expects Class 8 capacity to remain tight into the first half of next year.

“Until then,” Clark said, “carriers will have their hands full chipping away at unprecedented freight congestion at the ports and nearby warehouses across the country.”

The average age was 6 years, 11 months, compared with 6 years, 4 months a year earlier.

That points to fleets holding their trucks longer before trading them, Tam said. “But the mileage is not changing as much because if you can’t find a driver, the truck is underutilized.”

Meanwhile, Christopher Matheis, fleet account manager at Peach State Freightliner, speaking at a recent industry event, said to question if the truck’s diesel particulate filter, which captures soot, was cleaned before the used truck went up for sale.

Tam said DPFs have challenged the used truck market, because it is not just about cleaning them before resale — it’s also inspecting them to see if they function properly.

“The industry has had to go through this whole learning process of understanding what a DPF is, what it does, how you service and maintain it,” Tam said. “So generally speaking, the expectation among reputable dealers is full disclosure so they know where they stand and what they need to do to get the truck to where they want it to be. I think the vast majority of the industry recognizes that and plays by the rules.”

“There are CDLs that you can only get for automated transmissions,” if that’s what was used to earn the license, he said.

So going forward, trucks with manual transmissions may not sell as quickly in some market segments, he said.

Tam said he has heard reports that large fleets are seeing strong student demand for spots in their truck driving schools, and “they can’t reopen them fast enough” after the coronavirus pandemic shuttered them.